Nollywood actor, Mofe Duncan has shown off his new girlfriend on Instagram almost a year after he confirmed his divorce from his ex-wife, Jessica Kakkad.

Mofe Duncan who penned down a romantic message to his girlfriend, disclosed that he was initially afraid to love again because he’s been there before. He added that he is no longer afraid as he wished his girlfriend a “happy valentine” on the social media platform.

“I was afraid. I’ve been here before. It hurt. I tried to heal it. It hurt the more. Then I gave up. The world laughed. I cried. God listened. God willed it. The Universe provided. I accepted. You approved. I’m not afraid. Not anymore. J.A.G. HER. #HappyValentinesDay” 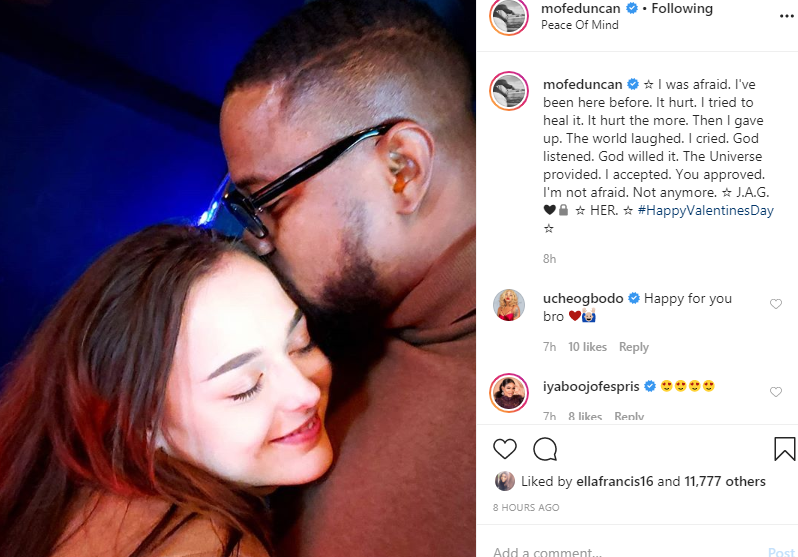 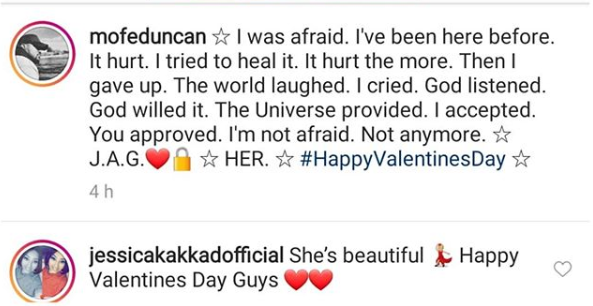 Simone Johnson, the 18-year-old daughter of Dwayne “The Rock” Johnson is planning…
Share this...