NASA’s next Mars rover arrived in Florida this week (Feb. 12) to begin final preparations ahead of its planned July launch. The six-wheeled rover (and its accompanying Mars Helicopter) were ferried across the country by two Air Force C-17 Globemaster cargo planes.  The duo touched down at NASA’s Kennedy Space Center at approximately 3 p.m. EST (12 p.m. PST), completing a 2,300-mile (3,700-kilometer) journey.

“Our rover has left the only home it has ever known,” said John McNamee, Mars 2020 project manager, referring to NASA’s Jet Propulsion Laboratory in Pasadena, CA. “The 2020 family here at JPL is a little sad to see it go, but we’re even more proud knowing that the next time our rover takes to the skies, it will be headed to Mars.” 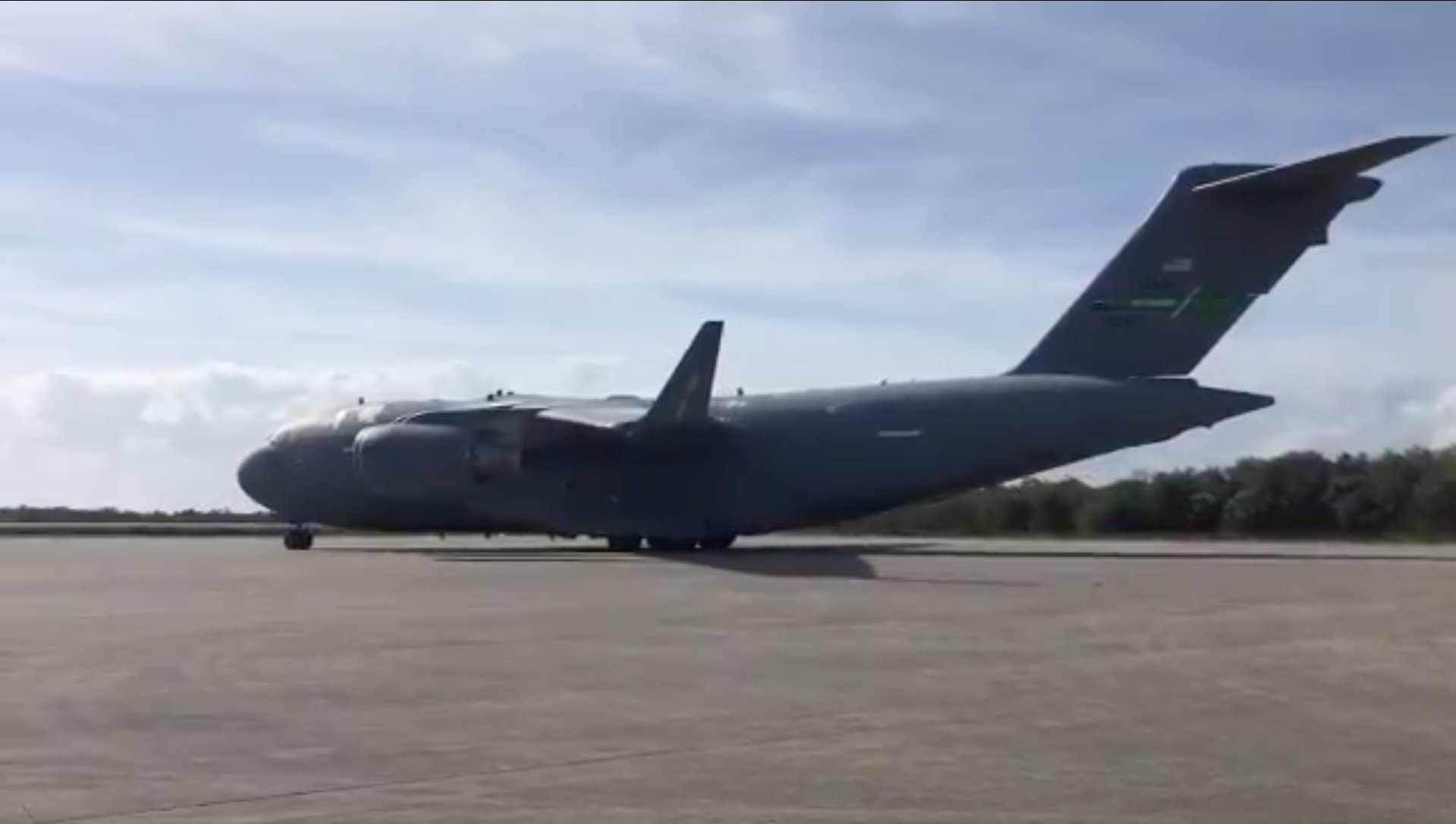 The first bits of the rover were assembled in Jan. 2018, and now, just over two years later, the soon-to-be-named rover is complete.

In the next few hours, the rover will be transported to its home for the next several months: a specialized facility at NASA’s Kennedy Space Center known as the Payload Hazardous Servicing Facility (PHSF) — the same spacecraft processing facility where Curiosity was housed prior to its launch in 2011.

Curiosity is currently exploring Gale Crater and assessing the region’s past habitability. Could life have once thrived on the red planet? While there’s no definitive answer yet, Curiosity has made many promising discoveries and is working to solve some Martian mysteries.

Mars 2020’s duties on the red planet are going to be a bit different as the advanced rover is packing equipment that will enable it to look for biosignatures, bag up samples for a later return, and test out technologies that future human missions to Mars will rely on. The craft will ouch down at Jezero Crater in Feb. 2021 and will perform some incredible in-situ science. 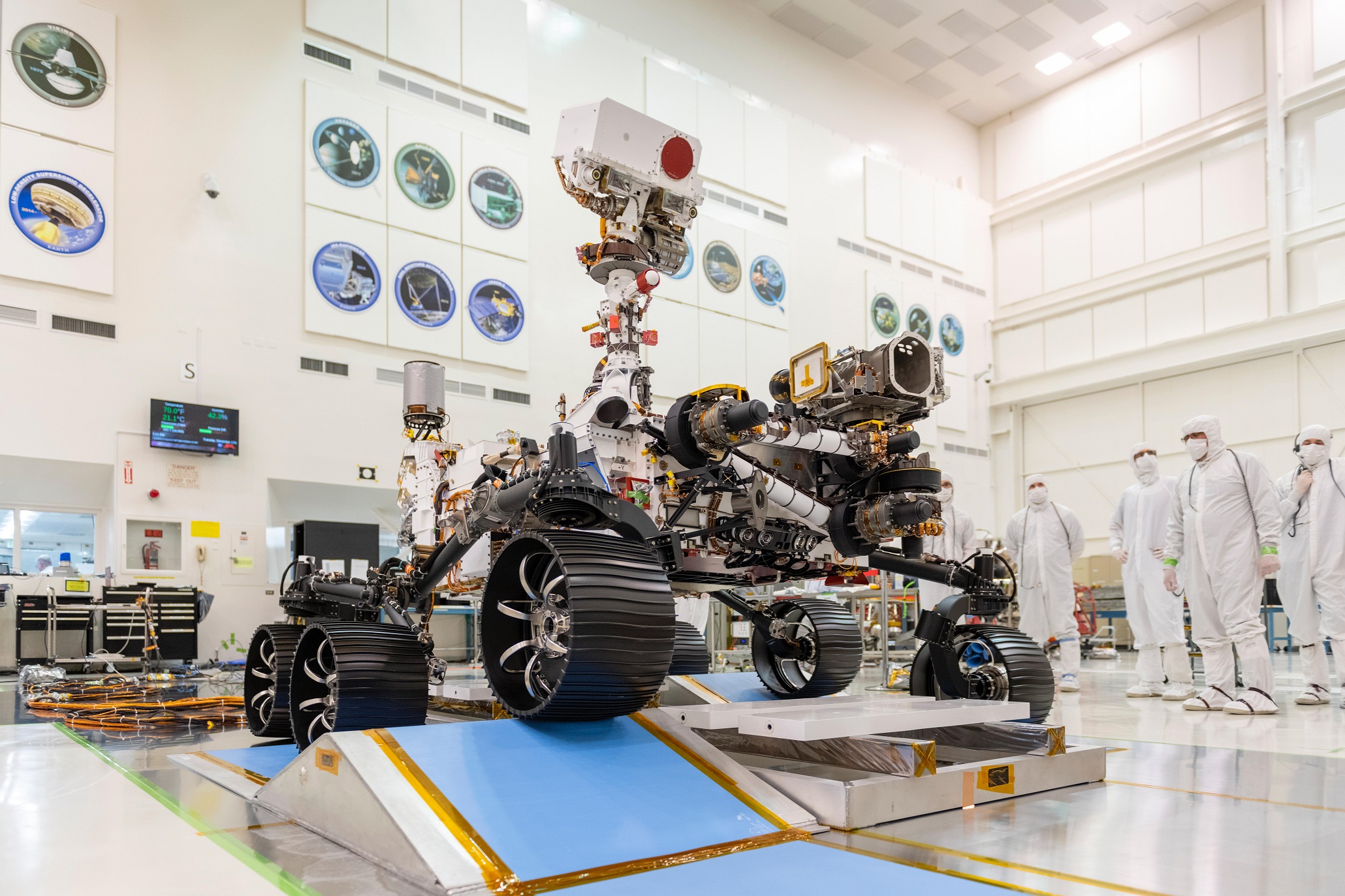 The Mars 2020 rover has arrived in Florida ahead of its planned July launch. Credit: NASA/JPL-Caltech

But before it gets there, it needs to launch. Later this week, engineers will start testing the rover’s systems to see how it fared during its cross-country journey. Many months of testing and final assembly await the rover before it is encased in its aeroshell in June.

After that, the rover will be transported over to the launch pad at Space Launch Complex 41 in Cape Canaveral Air Force Station, where it will be attached to its launcher: an Atlas V.

Mars 2020 will look for biosignatures (signs of life) while also collecting rock and soil samples to store in sealed tubes on the planet’s surface. Subsequent missions will collect the samples and then return them to Earth so that scientists around the world will be able to study them.