As part of NASA’s ramp up to its Artemis Moon mission in 2024, a few technologies are being sought out for development by private entities. The latest request is for the collection of a Moon sample, any sample will do, and bidding is open to any commercial entity in the world. NASA’s proposal went out on Thursday (September 10th) and was followed up with a blog post by NASA Administrator Jim Bridenstine.

“As we at NASA are working aggressively to meet our near-term goal of landing the first woman and next man on the Moon by 2024, our Artemis program also is focused on taking steps that will establish a safe and sustainable lunar exploration architecture,” Bridenstine explained. “Today, we’re taking a critical step forward by releasing a solicitation for commercial companies to provide proposals for the collection of space resources.”

The technology desired by NASA seems pretty straightforward: Get to the Moon and dig up some rocks and/or surface regolith, send a picture proving you did that, then transfer ownership of said rocks/regolith to NASA. The company doing the digging doesn’t even have to get the sample back to Earth – NASA will take care of that, too. The only hitch seems to be the timeline, meaning the feat has to be accomplished prior to Artemis’s launch year of 2024. Perhaps the space agency will plan to pick up its lunar property using astronauts? Considering that the sample can also be collected from anywhere on the Moon rather than limited to where Earth arrivals will be, though, maybe not. 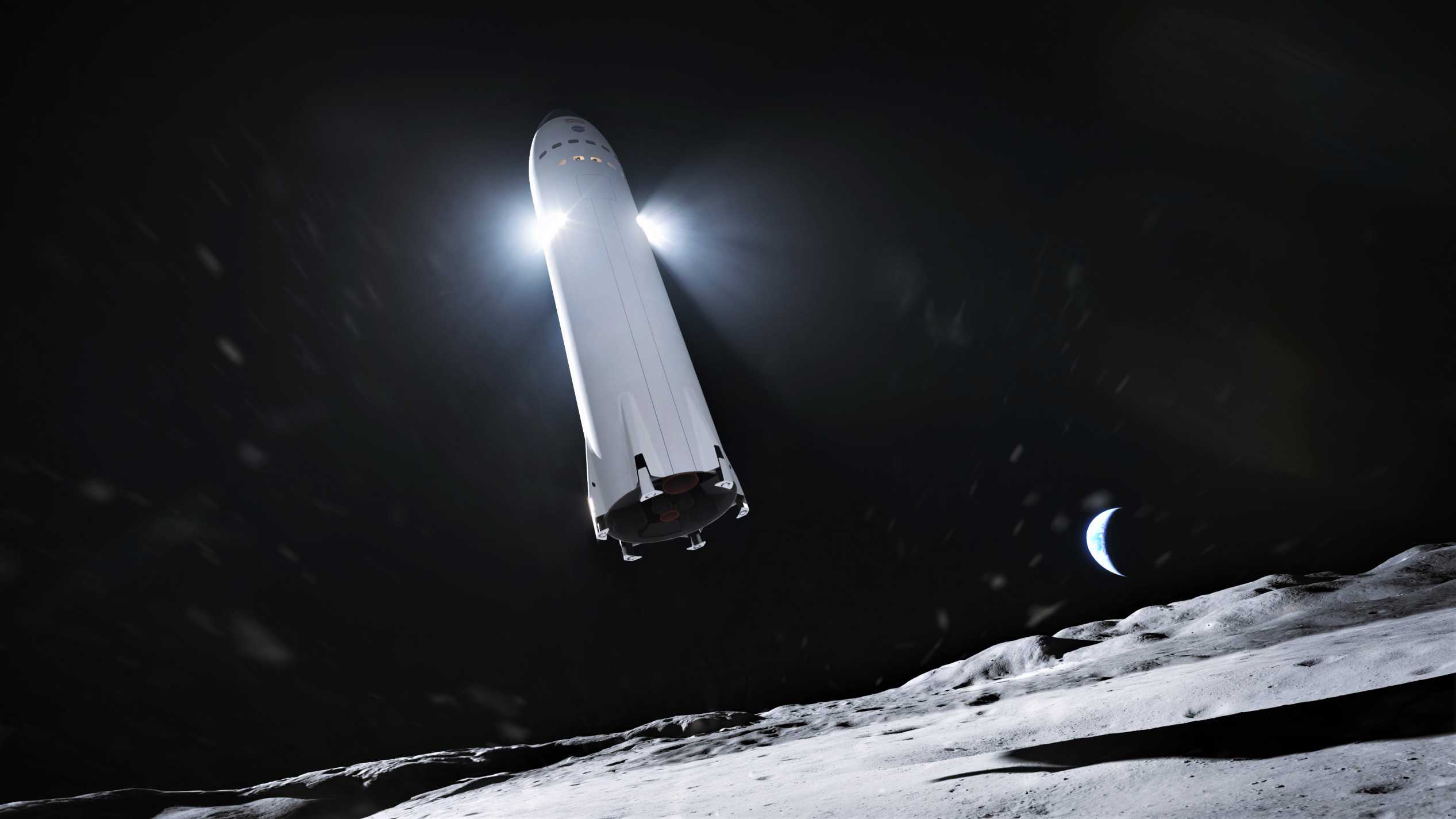 SpaceX has its own lunar plans in cooperation with NASA. (Credit: SpaceX)

Award amounts were not specified, but some details about disbursement have been provided. NASA will award 10% of the total purchase amount when the contract is awarded, 10% after the mission launches, and the remaining 80% after the collection is complete.

“The requirements we’ve outlined are that a company will collect a small amount of Moon “dirt” or rocks from any location on the lunar surface, provide imagery to NASA of the collection and the collected material, along with data that identifies the collection location, and conduct an “in-place” transfer of ownership of the lunar regolith or rocks to NASA,” Bridenstine detailed. “After ownership transfer, the collected material becomes the sole property of NASA for our use… NASA’s goal is that the retrieval and transfer of ownership will be completed before 2024.”

It’s a bit of an unusual challenge at first glance – just dig and be done. However, NASA plans to bring back samples that its 2020 Mars Perseverance Rover (currently on the way to the red planet) will soon be digging up. The technology for Moon samples and Mars samples will almost certainly overlap, hence the investment in a lunar sample mission.

NASA has also asked commercial partners to help shuttle payloads to the Moon in a proposal published a few days before this latest sample mission. Altogether, it seems things very well may be making progress towards humans leaving Earth orbit after a near 50-year stalemate.