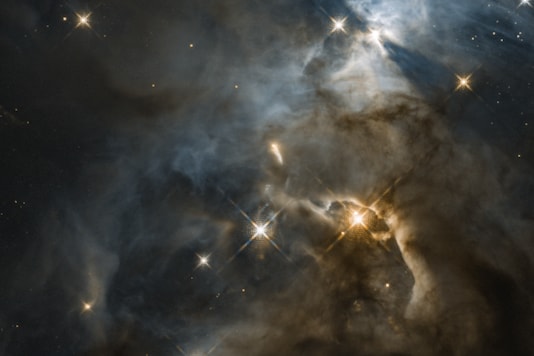 Scientists have called the young star HBC 672 and named the shadow feature ‘Bat Shadow’. As per NASA, the team of scientists witnessed the flapping over 404 days.

NASA’s Hubble Space Telescope has always sent amazing pictures of celestial bodies and astronomical events back to the Earth.

This time, it has provided a photo of a fledgeling star’s unseen planet-forming disk that cast a huge shadow across a more distant cloud in a star-forming region.

The image looked like a cosmic pair of flapping bat wings.

Scientists have called the young star HBC 672 and named the shadow feature “Bat Shadow”. As per NASA, the team of scientists witnessed the flapping over 404 days.

Explaining the reason behind the formation of bat shadow, Klaus Pontoppidan, an astronomer at the Space Telescope Science Institute (STScI) in Baltimore, said if the light from a star that is surrounded by a disk tries to go along the plane of the disk, it doesn’t get out and casts a shadow.

The astronomers speculate that a planet is embedded in the disk having an orbit inclined to the disk’s plane.

“If there were just a simple bump in the disk, we’d expect both sides of the shadow to tilt in opposite directions, like airplane wings during a turn,” said team member Colette Salyk of Vassar College in New York.

The shadow is said to be about 200 times the length of our solar system. The light takes 40 to 45 days to travel from the star to the perceivable edge of the shadow.

The astronomers also revealed, “a planet warping the disk would orbit its star in no fewer than 180 days.”

They predicted that the motion of the shadow could also have occurred due to a lower-mass stellar companion orbiting HBC 672 outside the plane of the disk.