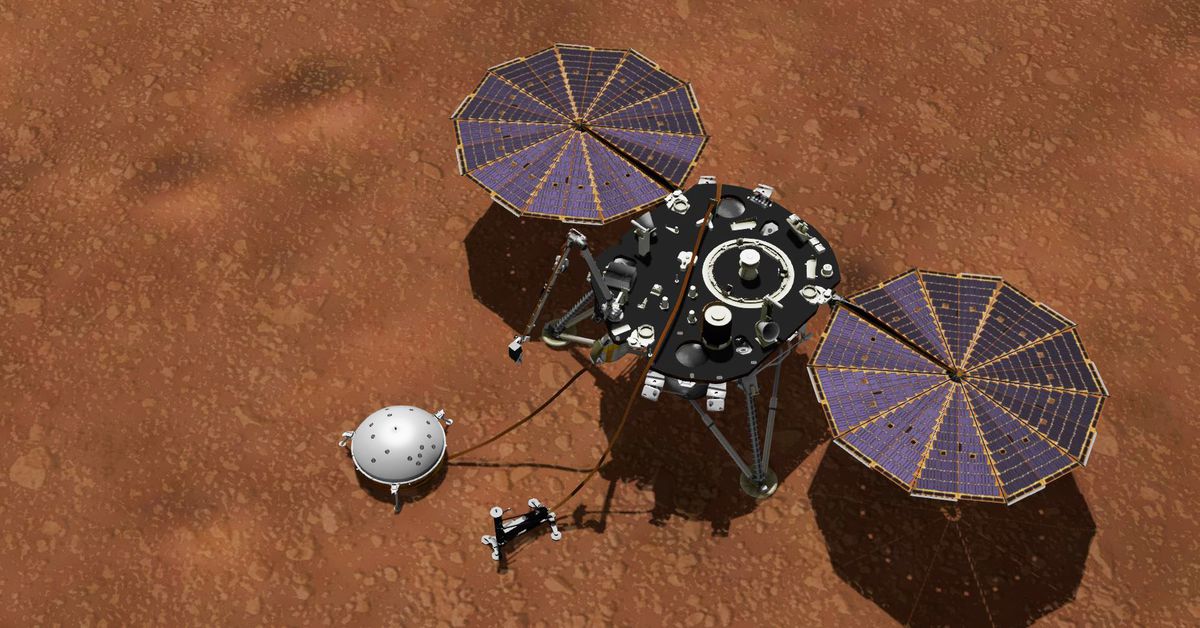 NASA’s InSight lander has detected hundreds of “marsquakes” on Mars, including about 20 tremors that were relatively significant. Compared to quakes here on Earth, the marsquakes were pretty puny, but the new data could provide planetary scientists with more information about the interior of Mars.

The initial results of the mission were published on Monday in the journals Nature Geoscience and Nature Communications. The lander, which touched down on Mars via supersonic parachute in 2018, detected its first possible marsquake in April 2019.

Many of the quakes that InSight detected were small enough that they probably wouldn’t be felt if they happened on Earth, Philippe Lognonné, principal investigator for one of the lander’s instruments, said in a press conference. “Mars is a place where we can probably say the seismic hazard is extremely low,” Lognonné added. “At least at this time.”

The 24 largest quakes discussed in the paper only reached a magnitude 3 or 4, which on Earth, might be powerful enough to be felt as a rumble on the ground but usually aren’t strong enough to cause serious damage. But unlike on Earth, where quakes can happen closer to the surface, it appears that the marsquakes InSight detected tended to originate far deeper in the planet (30 to 50 kilometers). The deeper the quake, the less shaking is felt on the surface.

The researchers had hoped to register larger quakes, which would have given them a more detailed look at the interior of the planet — and even potentially the core — but that hasn’t happened yet.

“The general cause of marsquakes is the long-term cooling of the planet,” Bruce Banerdt, InSight principal investigator, said in a press call on Friday. The interior of Mars, like Earth, has been cooling down since it was formed. As the planet cools down, Banerdt says, it contracts and the brittle crust of the planet cracks, causing the surface to shudder.

That’s the general outlook, but the specific cause of each quake is still unknown. “The details of the particular mechanisms for these quakes is still for us a mystery,” Banerdt says. “We don’t have any conclusions of the mechanisms on any individual quakes yet.”

They may not know what drives each quake, but they’ve measured a lot of them. In the papers, the authors discuss data from 174 marsquakes collected before September 30th, 2019. Since then, the instrument on board InSight that measures quakes has detected about 450 rumblings. NASA says the “vast majority” of these are probably quakes.

Other sensors were also working while InSight’s seismometer was registering quakes. One detected thousands of whirlwinds near the lander, while another recorded strong magnetic signals coming from underground rocks. Another instrument, a self-hammering probe that was supposed to measure the interior temperature of Mars, hasn’t been as lucky. It was supposed to burrow into the surface, but it encountered trouble last fall when it popped back out of the planet. As a last-ditch attempt to salvage this part of the mission, NASA plans to try to push the probe into the surface in late February and early March.

InSight’s mission lasts for nearly another year, and the team here on Earth will continue to gather more data about the inner workings of the Red Planet until then.