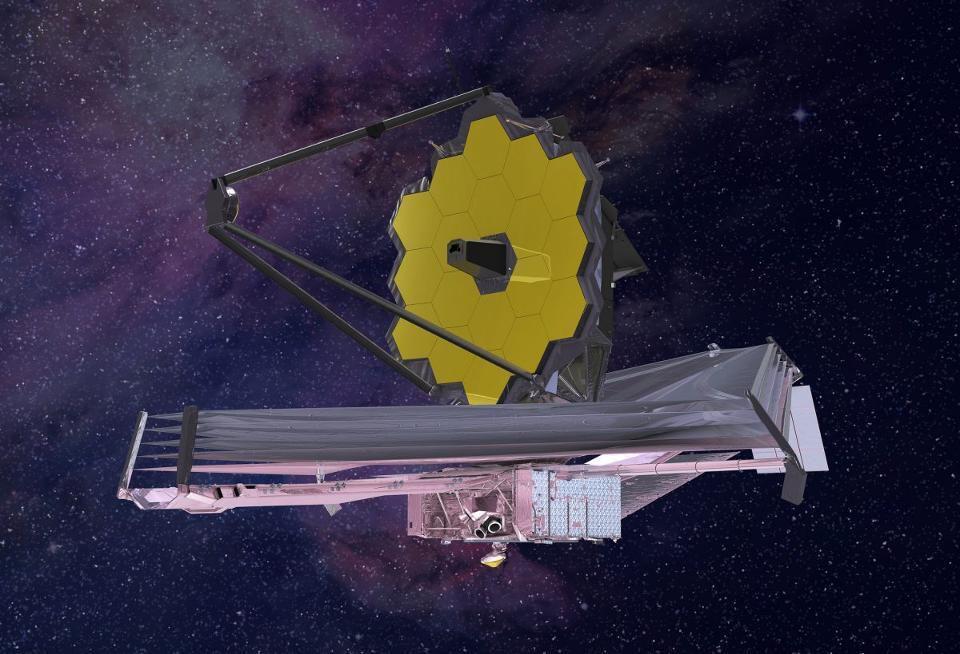 After years of preparation, numerous tests, and an unfortunate number of setbacks, NASA’s James Webb … [+] Space Telescope is fully built and assembled. As of October 6, 2020, it has completed its full suite of environmental tests: the last challenging, and potentially blocking, milestone keeping us from a successful launch. 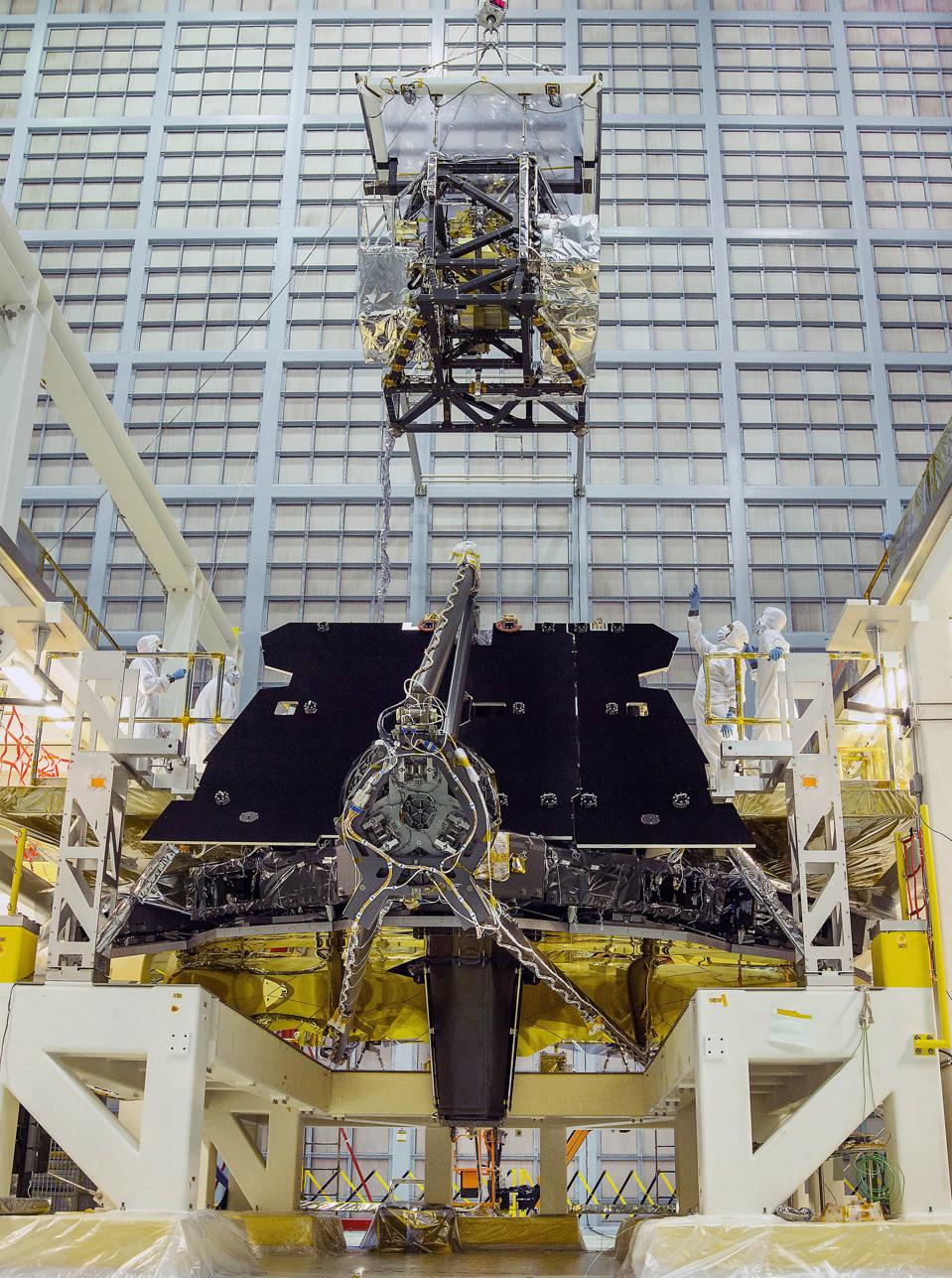 The science instruments aboard the ISIM module being lowered and installed into the main assembly of … [+] JWST in 2016. These instruments have been complete for nearly a decade, and have passed all of their rigorous tests. They, along with the rest of James Webb, are ready for launch.

Every single component is fully built, assembled, and integrated. 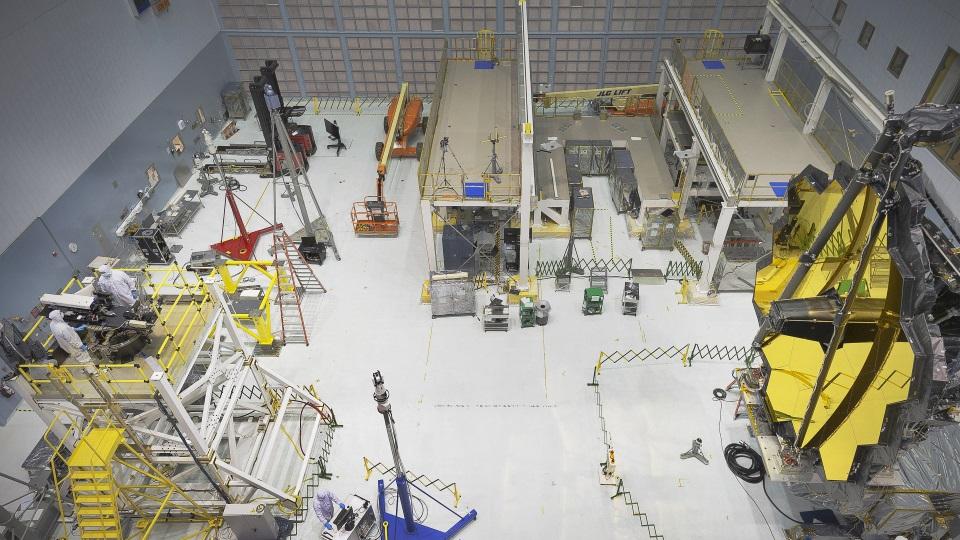 Engineers conduct a “Center of Curvature” test on NASA’s James Webb Space Telescope in the clean … [+] room at NASA’s Goddard Space Flight Center, Greenbelt, Maryland. This test helped ensure there would be no Hubble-like problems on JWST.

Rigorous pre-launch testing can maximize our chances for Webb’s success. 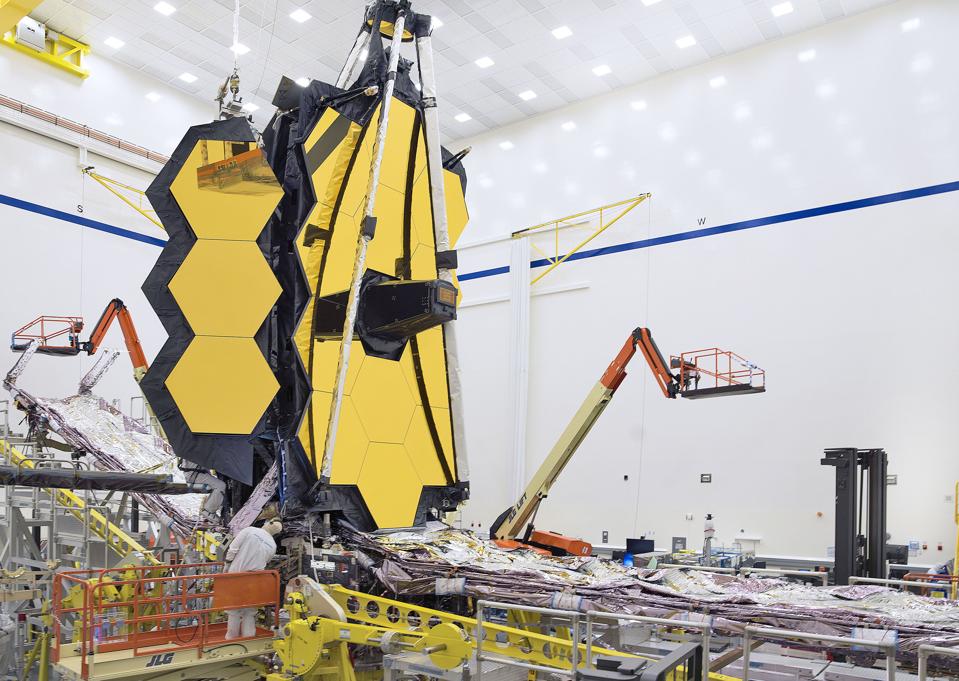 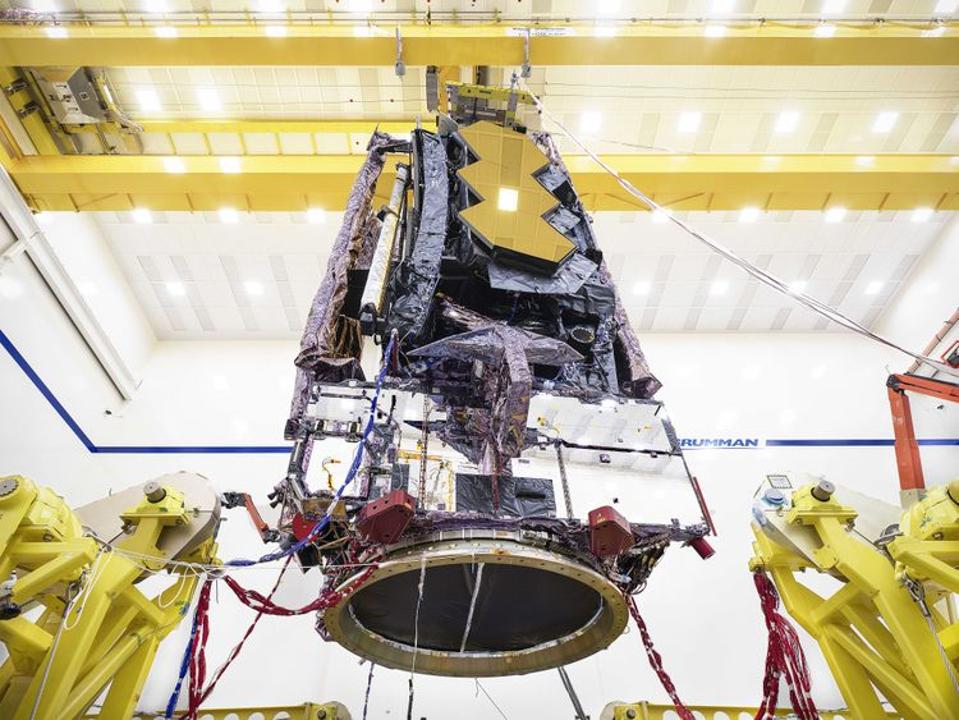 NASA’s James Webb Space Telescope was folded into its pre-launch configuration and transported to a … [+] series of specially-designed chambers for acoustic and sine-vibration testing. After weeks of these tests, Webb emerged fully intact and undamaged.

From its spaceborne environment, all components must then properly deploy.

The primary mirror segments must unfold, aligning to within 20 nanometer tolerance. 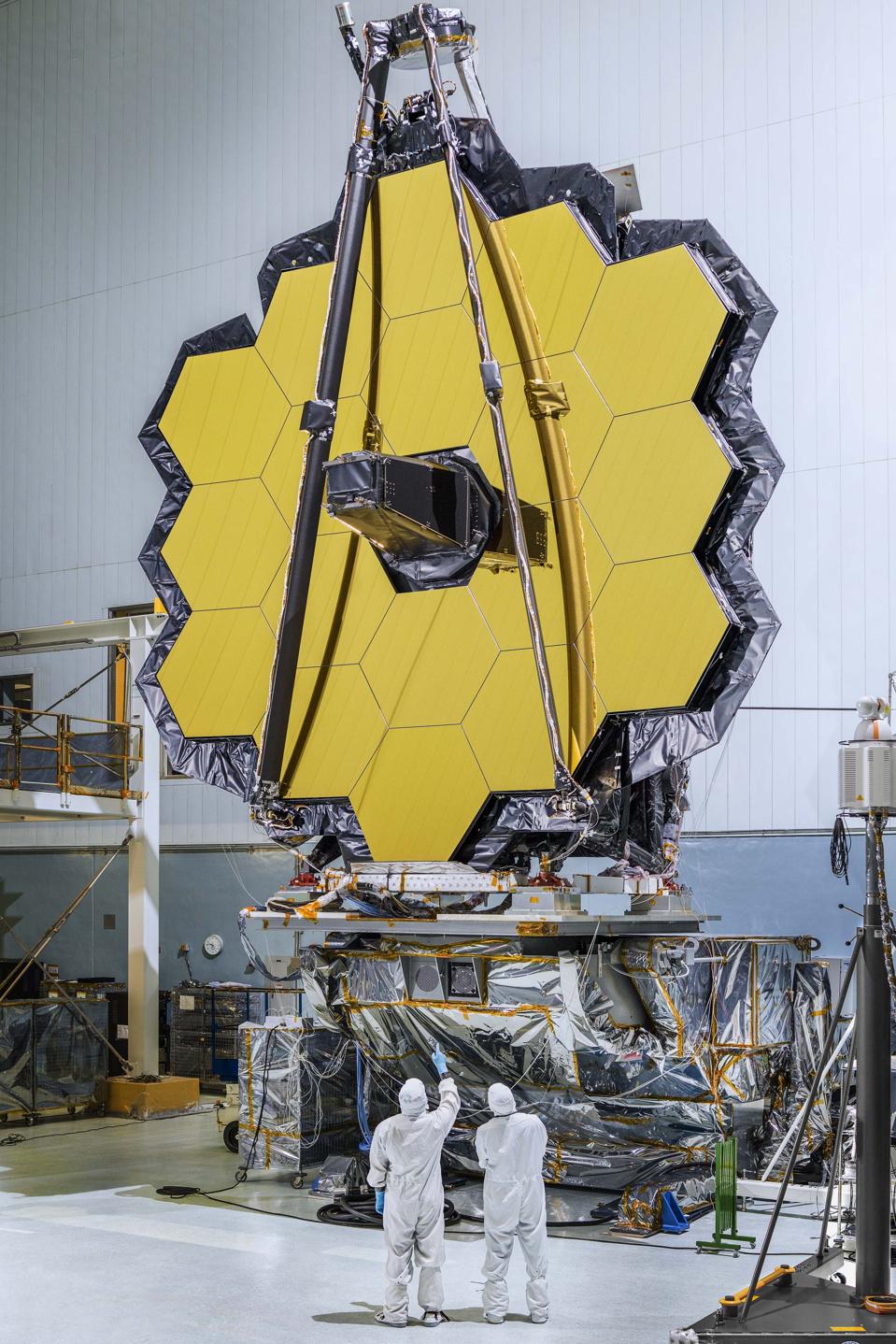 The 18 segments of James Webb in the laboratory, after completed assembly and all coatings have been … [+] applied. From the zero-gravity environment of space, these individual segments must form a perfect single plane to within a 20 nanometer tolerance.

All 5 sunshield layers must unfurl without catching, ripping, or tearing. 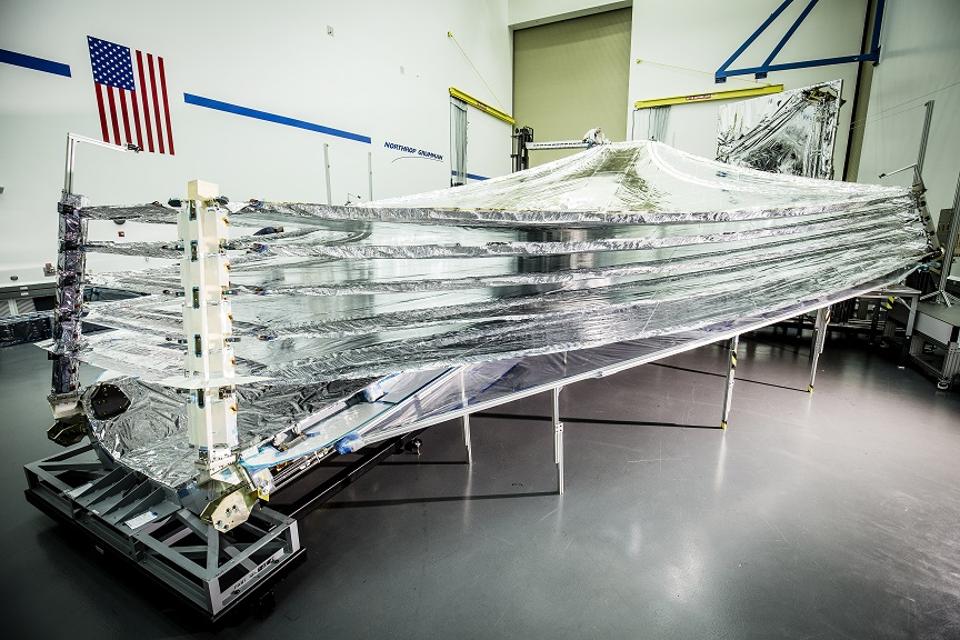 This James Webb Space Telescope sunshield prototype is a 1/3rd scale model of the real thing, which … [+] will be the largest device of its type when James Webb is launched in 2021. This passive cooling system can cool the telescope down below 77 K: the threshold at which nitrogen gas becomes liquid nitrogen.

Earlier testing exposed vulnerabilities that could arise during launch-and-deployment. 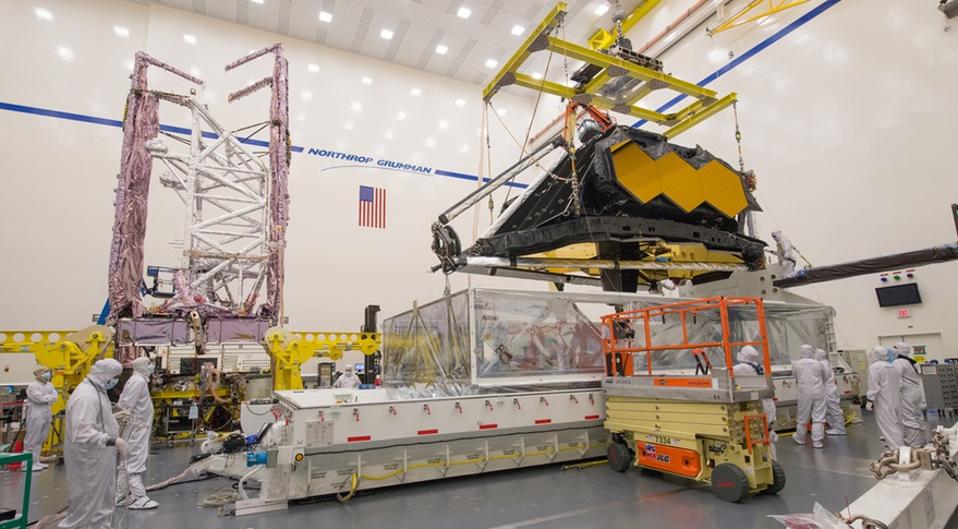 During a 2018 environmental test of the spacecraft element, some screws and washers came off of the … [+] bus and sunshield: a flaw that required correction. As of the last and final round of vibration and acoustic testing, this problem appears to have been successfully corrected, while no other comparable ones have arisen.

Subsequent structural corrections and improvements were then implemented. 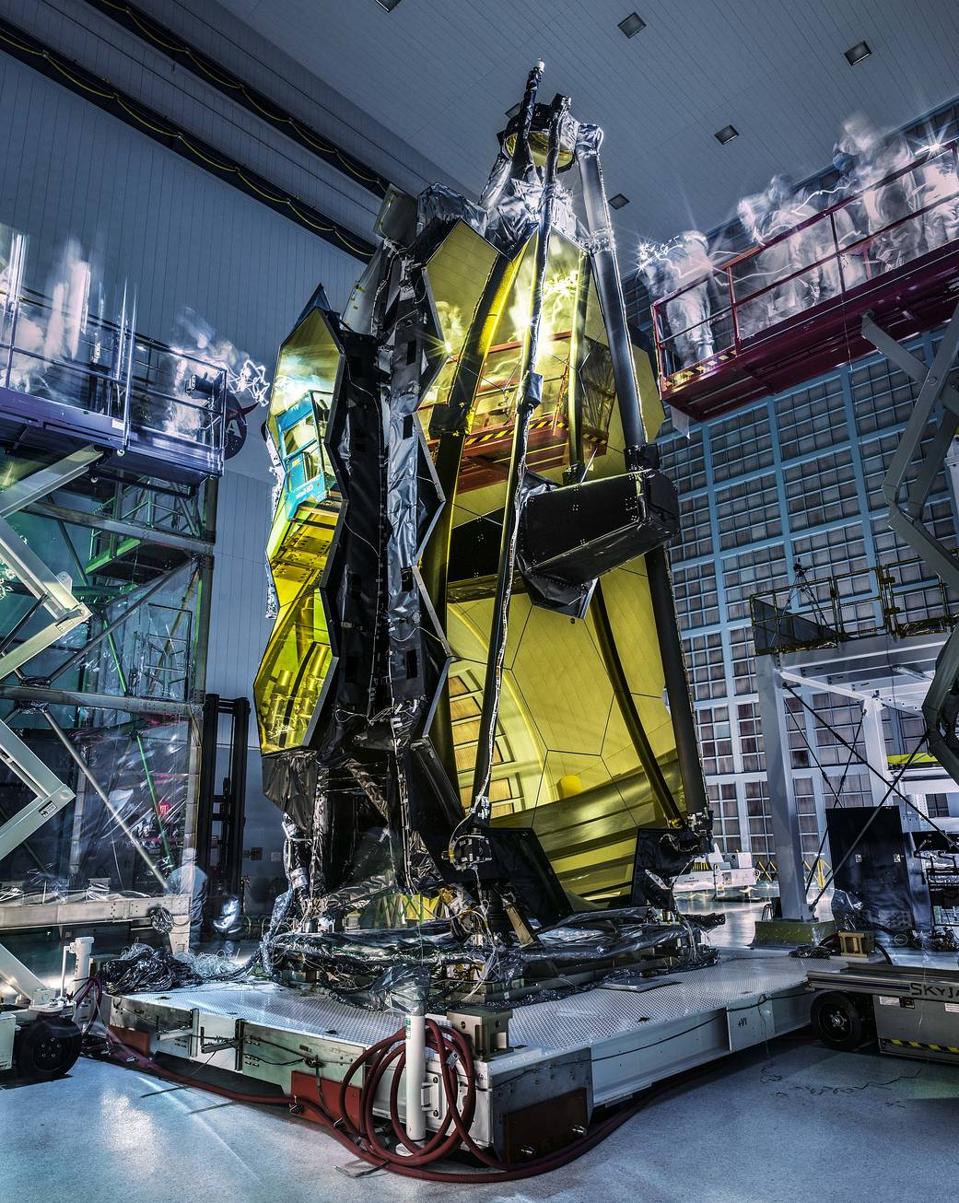 After a vibration and acoustic test is completed, a “lights out” inspection occurs, as any possible … [+] contamination is easier to find in the dark. NASA’s James Webb Space Telescope has been subject to a number of these tests over the past few years, with the telescope passing the final test, concluded in October of 2020, in every way. 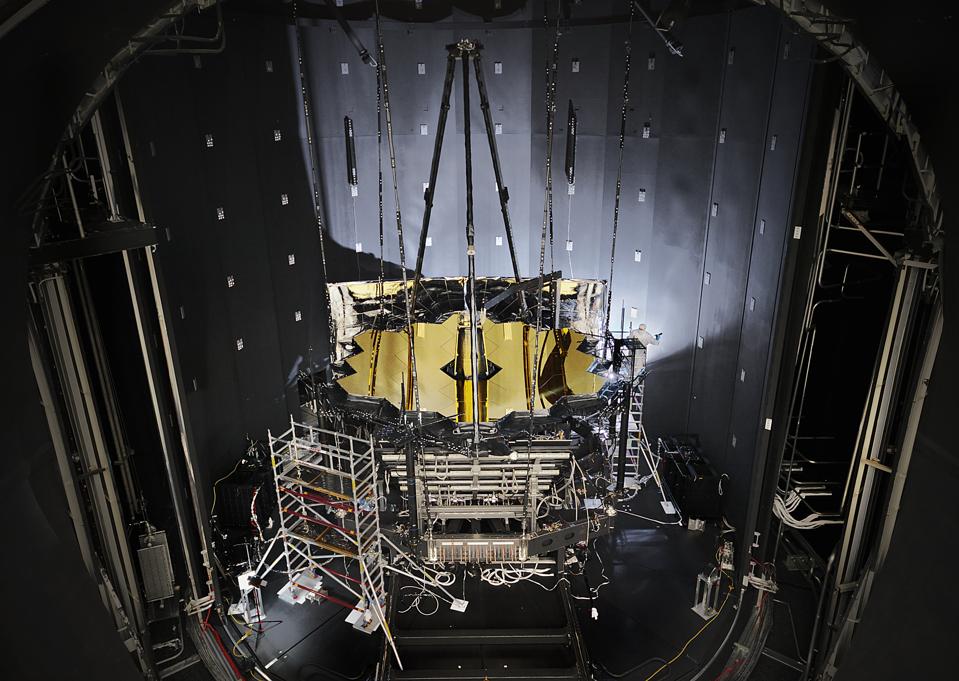 NASA’s James Webb Space Telescope sits inside Chamber A at NASA’s Johnson Space Center in Houston … [+] after having completed its cryogenic testing on Nov. 18, 2017. This marked the telescope’s final cryogenic testing, and it ensured the observatory is ready for the frigid, airless environment of space. Other tests, like vibration testing, did not go according to plan. 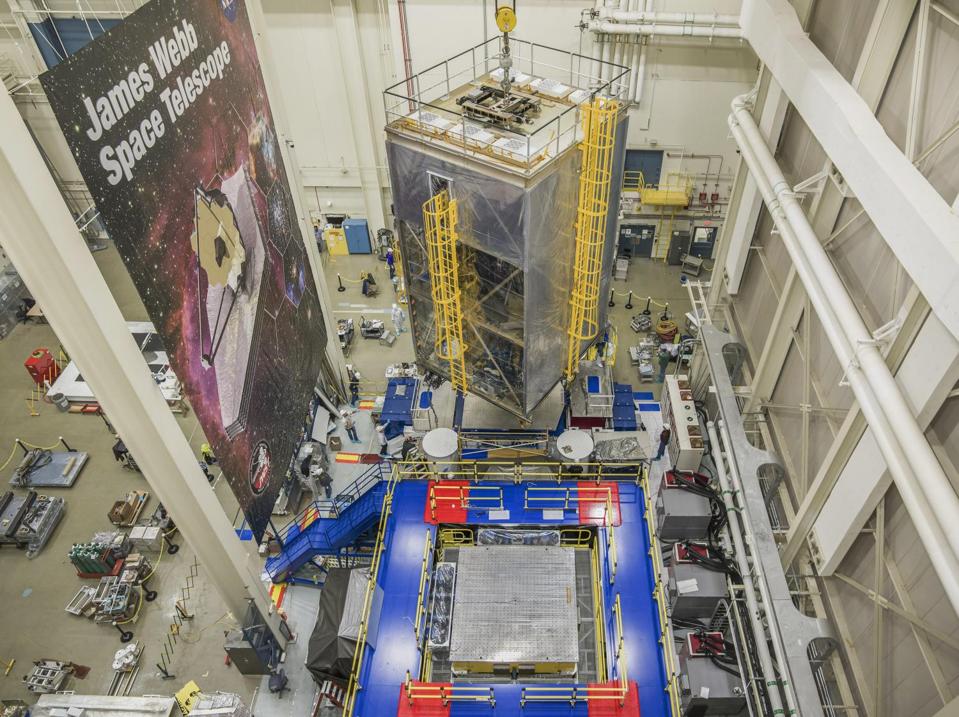 Vibration testing of spacecraft, such as NASA’s James Webb, is a necessity to ensure that the … [+] spacecraft and all of its components can survive the launch process intact and fully functional. Crewed and uncrewed missions alike must survive this testing, which has been applied to Webb in a number of phases.

Animation of the James Webb Space Telescope atop the pad on which it undergoes a portion of its … [+] environmental tests that focus on acoustics and vibrations. These tests are necessary for ensuring that Webb survives its launch and deploys as required.

Unlike prior tests, every single component survived, retaining optimal functioning.

The process of unfurling and tensioning the 5-layer sunshield is one of only a very few tests … [+] remaining for NASA’s James Webb Space Telescope to be fully launch-ready.

Only sunshield and mirror deployment testing, plus a final systems evaluation, remain as pre-launch milestones.

One of the last tests that will be performed on NASA’s James Webb is a final check of the mirror … [+] deployment sequence in full. With all environmental stress testing now out of the way, these last checks will hopefully be routine, paving the way for a successful 2021 launch.

Webb, stowed onboard an Ariane 5, will launch October 2021 from French Guyana. 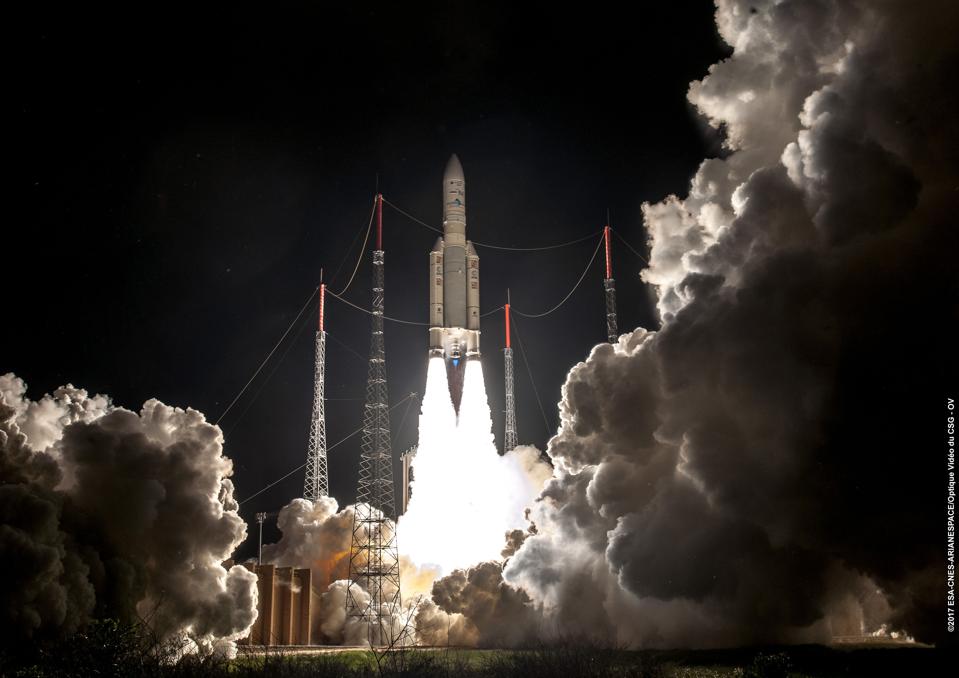 This 2017 launch of an Ariane 5 rocket mirrors the launch vehicle of NASA’s James Webb Space … [+] Telescope. The Ariane 5 had a string of more than 80 consecutive launch successes before a partial failure a few years ago. It is one of the most reliable launch vehicles in space history. 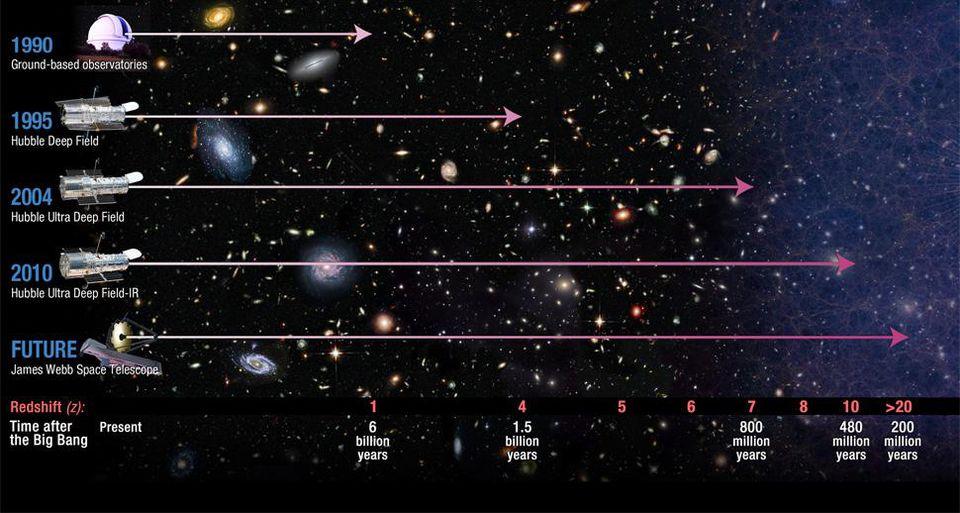 As we’re exploring more and more of the Universe, we’re able to look farther away in space, which … [+] equates to farther back in time. The James Webb Space Telescope will take us to depths, directly, that our present-day observing facilities cannot match, with Webb’s infrared eyes revealing the ultra-distant starlight that Hubble cannot hope to see.