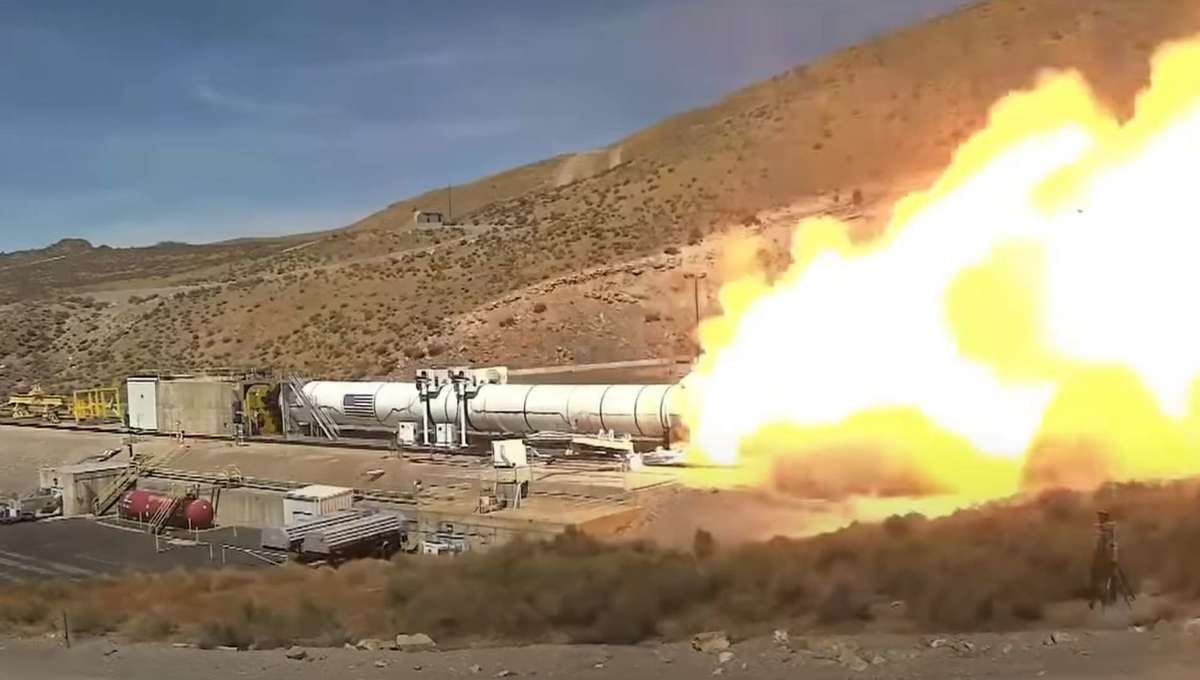 As if it’s not hot enough outside already, NASA’s new FSB-1 megarocket just added a torrent of flames to the summer with a recent testing of its roaring 154-foot candle that ignited a hillside at its Utah testing grounds.

The incendiary occasion was the thunderous firing of NASA’s imposing booster that will help lift astronauts out of Earth’s deep gravity well on future Artemis missions to the Moon and beyond.

On Wednesday, Northrop Grumman flipped the ignition switch for two minutes on this powerful rocket for NASA’s much-anticipated Space Launch System (SLS), shaking the ground and lighting the surrounding scrub brush on fire at the aerospace firm’s official testing facility in Promontory, Utah.

Check out the explosive video below, but be sure to brace yourself and hang onto the dishes!

Looking at the specs for this behemoth power plant, NASA’s five-segment, non-reusable Flight Support Booster tips the scales at a hefty 1.6 million pounds and is the biggest solid rocket motor ever created for flight. The rocket blasts out a maximum total of 3.6 million pounds of thrust and burns six tons of solid propellant per second.

Not to be overshadowed in its primary role, the main SLS core stage is even larger, measuring in at a colossal 212 feet tall and engineered to pump out two million pounds of thrust via four RS-25 engines.

NASA, in collaboration with Northrop Grumman, has conducted multiple tests for boosters to be used for the initial three Artemis missions, which comprise the space agency’s lunar program.

Along with its Orion spacecraft, Gateway, and Human Landing System, NASA hopes to land the first woman and next man on the Moon by the year 2024. FSB-1 builds upon earlier tests to evaluate new booster materials for missions far beyond Artemis III, eventually including a trip to Mars (if all goes according to plan).