Netflix tumbled as much as 6% on Wednesday after third-quarter figures came in below analyst expectations.

The streaming giant added 2.2 million subscribers in the three-month period, falling below Wall Street’s 3.3 million estimate. Netflix previously forecasted 2.5 million new subscribers for the period. The surge in subscriber growth seen at the start of the coronavirus pandemic waned significantly in the third quarter, suggesting much of the early gains were simply pulled forward.

The company’s third-quarter profit also fell below estimates. Revenue surprised to the upside, possibly boosted by various price hikes throughout the quarter.

Netflix’s plunge saw as much as $13.9 billion erased from the company’s market cap.

Here are the key numbers:

Read more: A fund manager who’s doubling up the competition in 2020 tells us his strategy for investing in the ‘K-shaped’ economic recovery — and details the only 2 stocks he added as the market recovery took off

Netflix emphasized the importance of a long-term view. Its miss on subscriber growth “is really just forecast noise more than anything else,” Spencer Wang, vice president of finance at Netflix, said in a call with analysts, according to Sentieo transcripts.

“We just really don’t overfocus on any 90-day period,” he added. “If the quarter was 48 hours longer, we would have come in slightly above our guidance forecast.”

Still, analysts balked at the quarterly figures. Economic reopening and growing competition from Disney Plus and Comcast’s Peacock “are likely to pressure the stock in the short term,” Jesse Cohen, senior analyst at Investing.com, said.

Stifel analysts led by Scott Devitt praised Netflix’s retention and engagement, but showed concern toward the “sluggish” subscriber-growth trend. The streaming company’s shares “may wrestle with several upside and downside factors” as investors shift focus from encouraging fourth-quarter seasonality to the slowed pace of user growth, the team wrote Wednesday.

JPMorgan says US election odds are narrowing, making a contested result that could hamper stimulus and hurt stocks more likely

The economy will be just fine without more stimulus — but markets could sell off sharply, says one top strategist 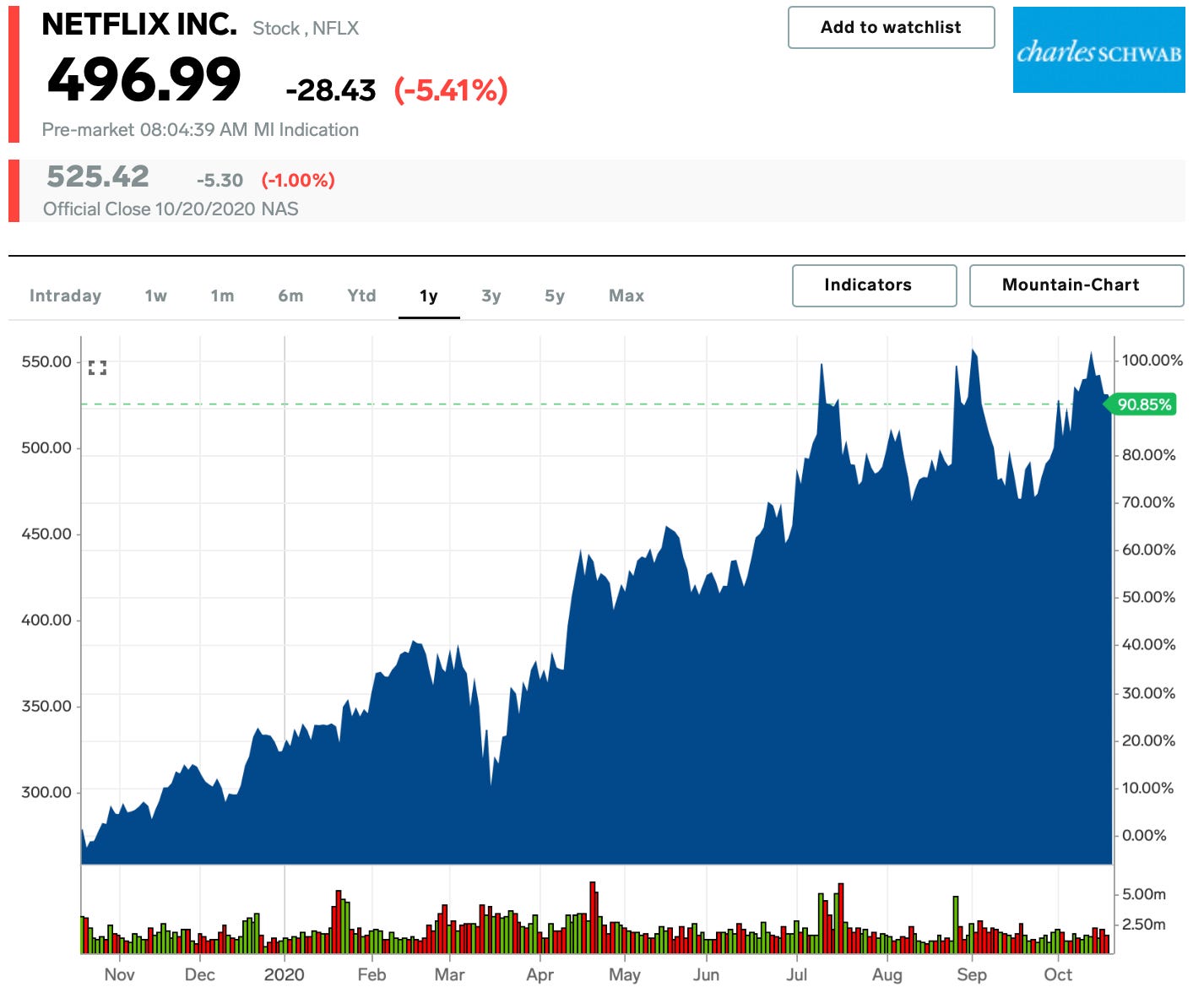