The New Yorker’s Jane Mayer ended up in the midst of another #MeToo-related scandal on Monday, but this time, instead of reporting others’ accusations, Mayer was reportedly herself exposed to colleague Jeffrey Toobin’s X-rated Zoom virtual workplace disaster. 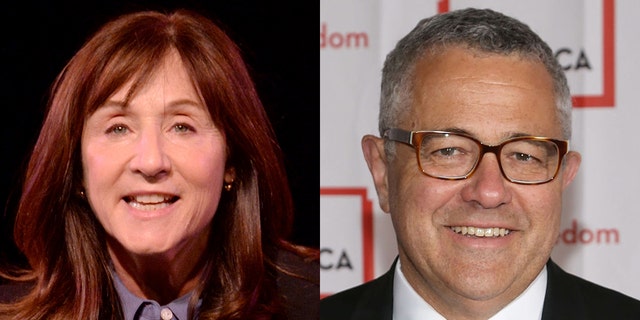 Jane Mayer was reportedly on the Zoom call when CNN’s Jeffrey Toobin exposed himself.

“Two people who were on the call told VICE separately that the call was an election simulation featuring many of the New Yorker’s biggest stars: Jane Mayer was playing establishment Republicans… Toobin playing the courts,” Vice’s Laura Wagner wrote.

Mayer has been colleagues with Toobin when she joined the New Yorker in 1995. There, the now-suspended journalist made a name for himself writing about the O.J. Simpson trial for the prestigious magazine.

Mayer declined comment about the Toobin incident when asked by Fox News and referred us instead to a New Yorker spokesperson.

The New Yorker didn’t immediately respond to our questions, either, including whether Mayer or others reported the alleged incident to management, or if the magazine will take any additional precautions to protect participants on Zoom going forward.

Mayer, along with #MeToo champion Ronan Farrow, famously penned a widely criticized 2018 piece that detailed sexual misconduct allegations against Brett Kavanaugh, who was a Supreme Court nominee at the time.

She wrote separate articles about the FBI ignoring Kavanaugh’s former classmates, confusion around the investigation of Kavanaugh, as well as detailing 30-year old sexual misconduct claims made against Kavanaugh.

Mayer was criticized in 2019 when she published an article that attempted to rehabilitate the image of former Democratic Sen. Al Franken, who stepped down in 2017 at the height of the #MeToo movement following a wave of sexual misconduct allegations against him that ranged from groping to forcibly trying to kiss women.

Mayer defended Franken and criticized his female accuser, raising eyebrows for the different approach she took compared to her other #MeToo-related features.