A Nigerian doctor has taken to social media to recount how a young boy’s genotype miraculously changed from ‘SS’ to AA. 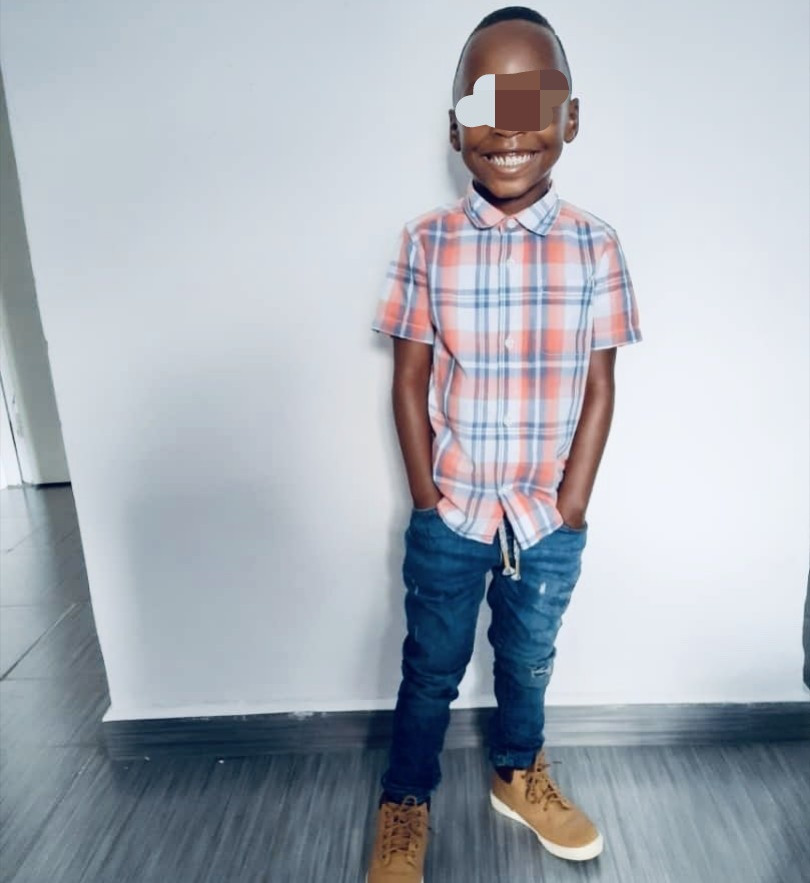 Dr Imoh Ebong who shared the testimony on Twitter claimed to be the doctor in charge of the boy’s case. The little boy identified as David was reportedly born with the sickle cell anemia.

Another Twitter user, Samsparrow Shalom took to the micro-blogging platform to claim that David’s genotype changed to AA after years of being SS and suffering from different crisis.

He tweeted, “From SS to AA. We need to hear more Testimonies in this our generation. Make e no look like say Heaven go strike on us. God remains faithful!”.

“David is AA!!! He was SS and his genotype changed (A MIRACLE)!! As a doctor, I’ve never seen anything like this neither can I explain it medically. I’ve been involved in his management and several repeat investigations- AA, AA!! What God cannot do does not exist. #NSPPD.”

However, many social media users have refused to believe David’s story as they insist that there must have been a mistake or a medical explanation for it. 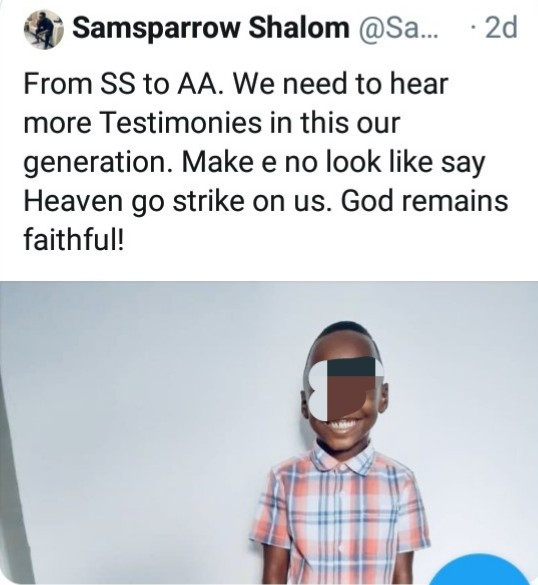 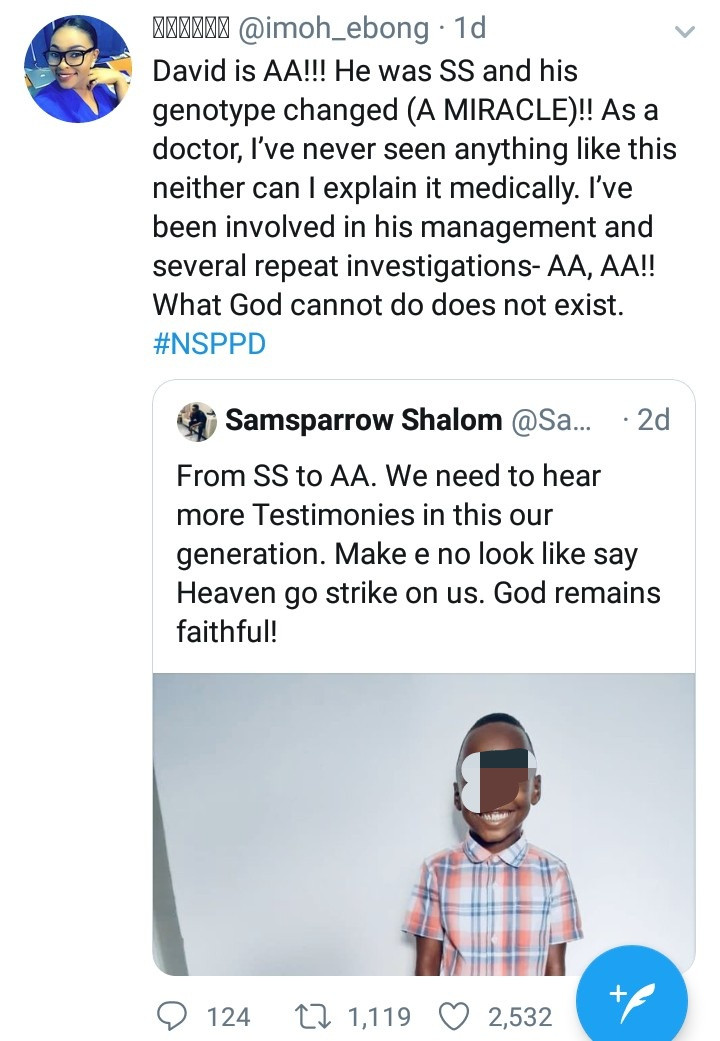 See other reactions below, 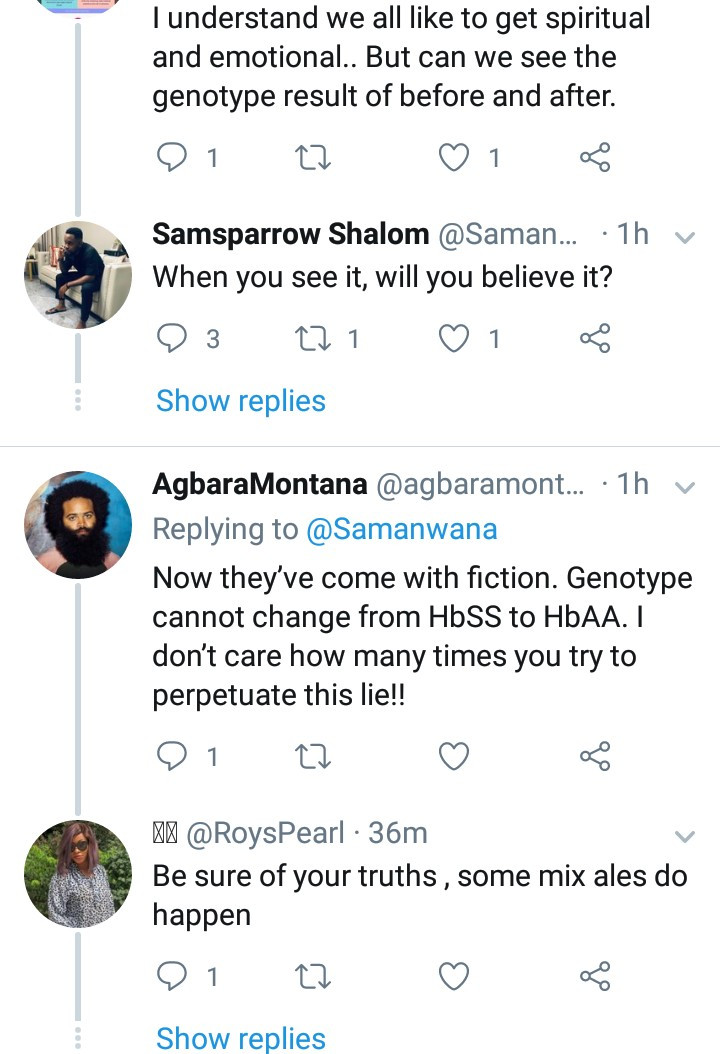 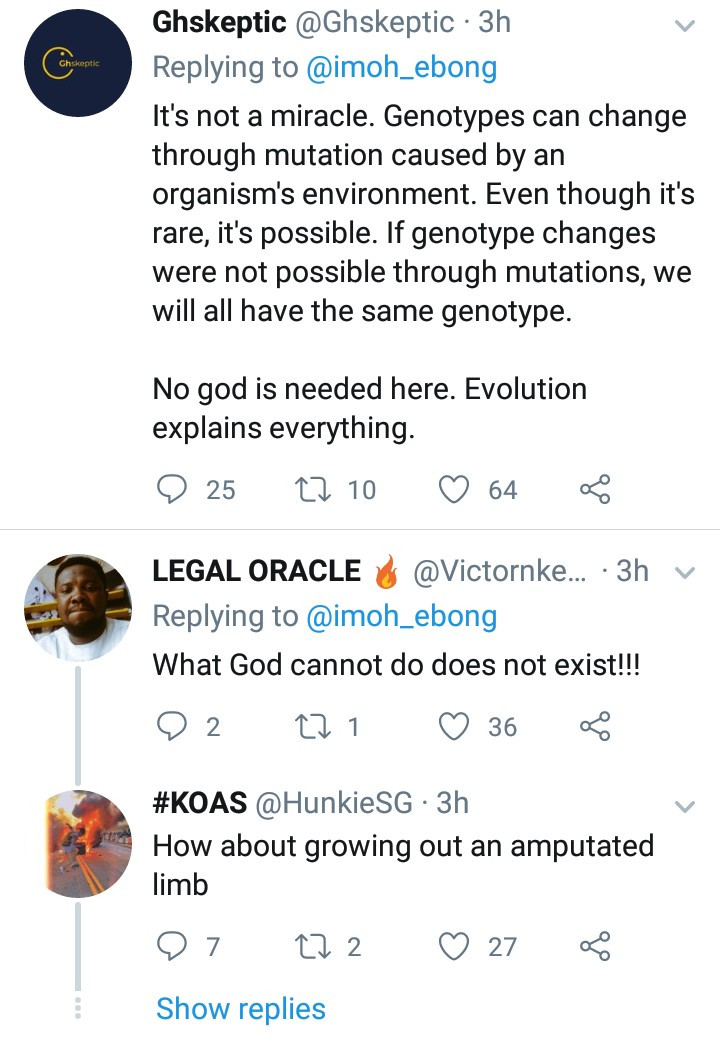