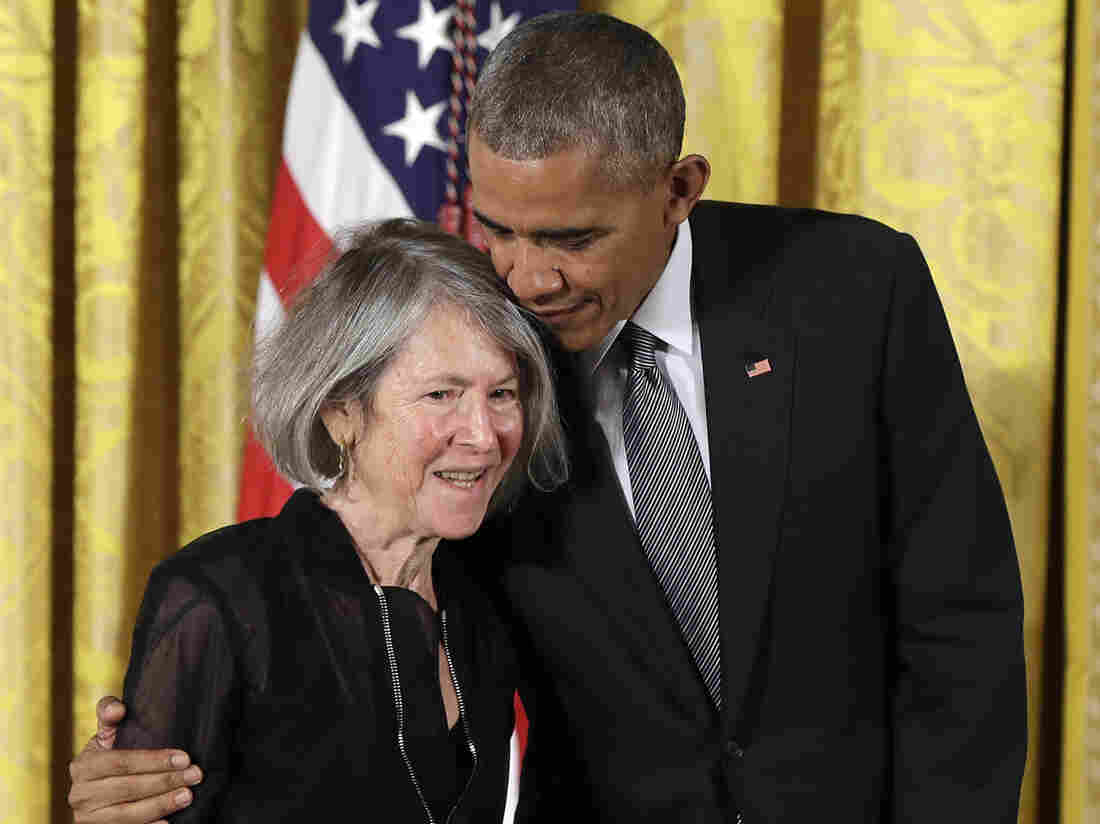 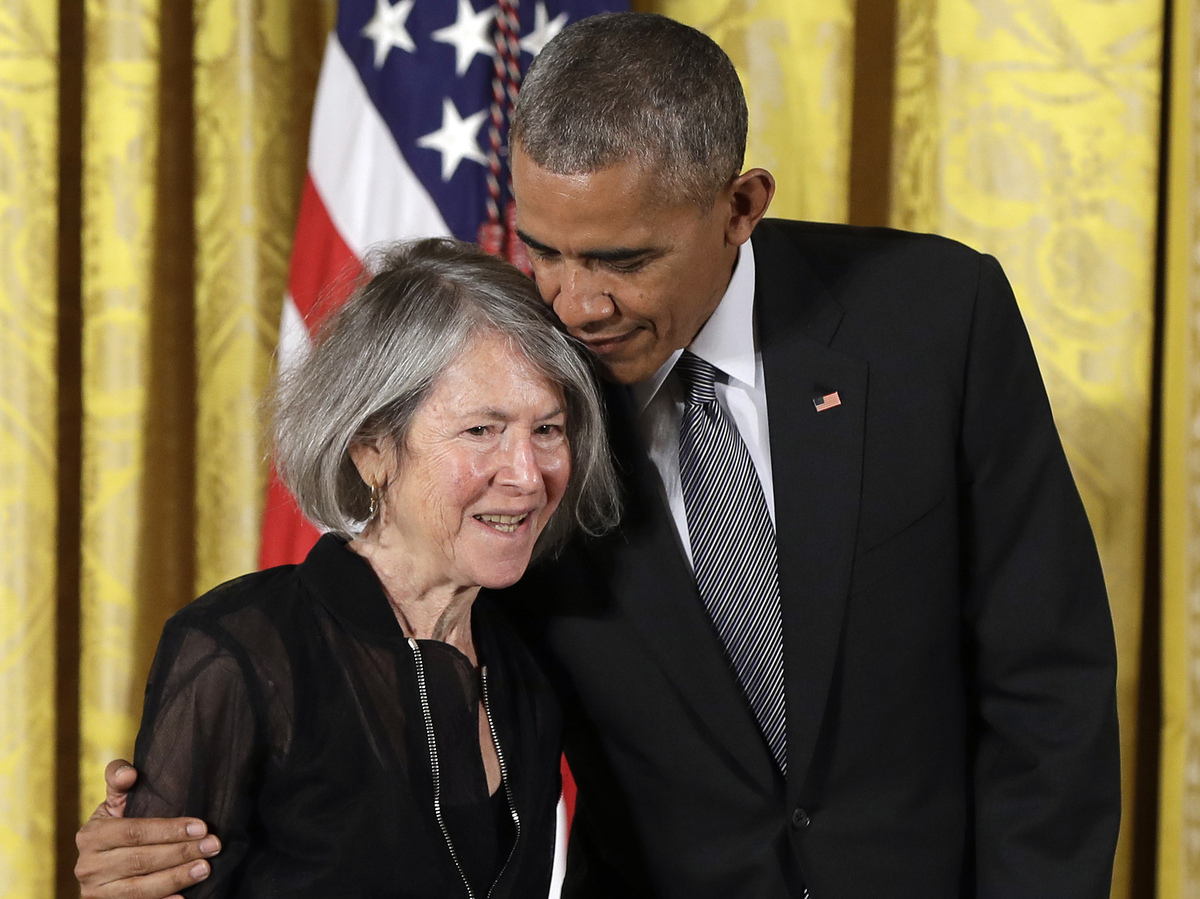 Poet Louise Glück received the the National Humanities Medal from President Barack Obama in 2016. On Wednesday, Glück was awarded the 2020 Nobel Prize in Literature.

The 2020 Nobel Prize in Literature has been given to the U.S. poet Louise Glück for what the Swedish Academy calls “her unmistakable poetic voice that with austere beauty makes individual existence universal.”

Glück is the 16th woman to win a literature Nobel, and she already has a bookshelf’s worth of heavyweight awards: a National Book Award, a National Humanities Medal and a Pulitzer Prize for her 1992 collection The Wild Iris.

She published her first volume of poetry, Firstborn in 1968; she’s currently writer-in-residence at Yale University and was the 12th Poet Laureate of the United States.

Writing in The New Yorker, critic Dan Chiasson described her poems as “flash bulletins from her inner life, a region that she examines unsparingly. Outside her poems, much noisy history has occurred, this past half century. Inside them, you find, X-rayed by an unusually analytic mind, only the kinds of thing that Emerson once said a poet needed: ‘day and night, house and garden, a few books, a few actions.'”

In a statement, Nobel Committee chair Anders Olsson praised Glück’s “striving for clarity, adding, “But even if Glück would never deny the significance of the autobiographical background, she is not to be regarded as a confessional poet. Glück seeks the universal, and in this she takes inspiration from myths and classical motifs, present in most of her works.”

As is customary, the announcement was made in Stockholm at The Swedish Academy.

The 2020 Nobel Prize has a cash award of 10 million Swedish krona ($1.12 million). The traditional December awards ceremony in Stockholm will take place virtually this year because of the pandemic.