Notorious robber goes into a widow’s kitchen to cook, eat and attempt to rape her in her kids’ presence

Men of Zone 2, Police Command, Lagos State have arrested a 40-year old man, from Ondo State, Tope Oladiran, who has been responsible for some robberies in Ikorodu axis for a while.

According to reports, the suspect , who has no fixed address goes about snatching residents’ phones and laptop in the area. 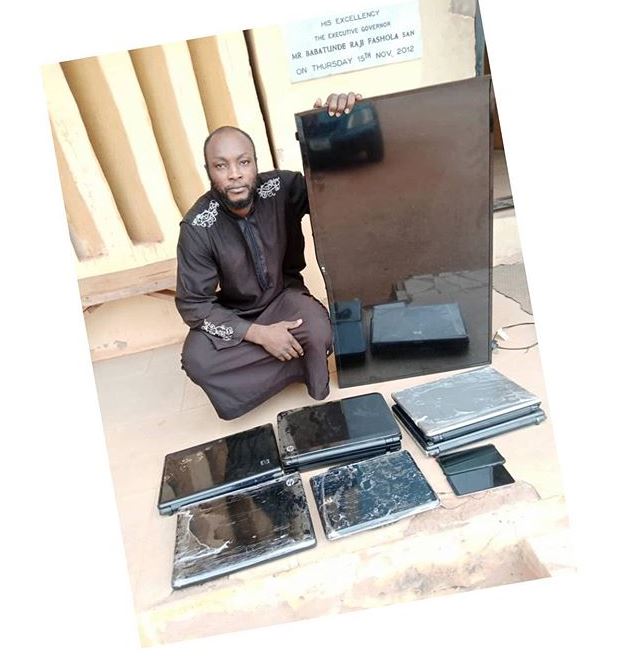 “He was unable to rob the woman of her mobile phone before she went into her compound but he somehow got to know that the woman lived alone with her two children.

He waited till later in the night , when he scaled the fence and entered the woman’s house through the kitchen. He hit the victim who pleaded for her life and that of her children and offered her gadgets for him to leave them alone .

He threatened to wipe out the family if they raised an alarm . He proceeded to the kitchen to prepare a sumptuous meal , ate to his satisfaction and ordered the victim to prepare for romp.

The victim who preferred death than to be abused in front of her children , ran and jumped down from her one-storey apartment and called for help. Fortunately , the alarm attracted the neighbors and they were able to apprehend Tope.”