Outside investigator to probe how 46 inmates and 18 staff members at Maine jail got coronavirus; outbreak linked to Aug. 7 wedding in Millinocket – The Boston Globe 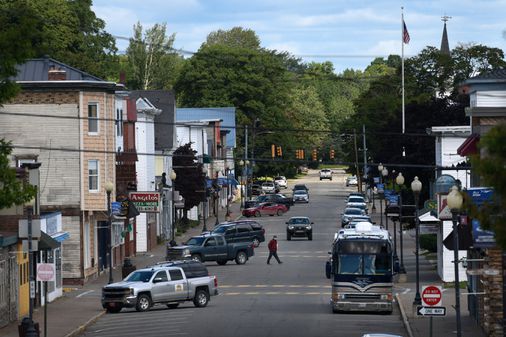 The county plans to shortly identify the third-party investigator who’ll probe what went wrong at the jail, Zinser said. He said the “first indication” the facility had that the outbreak linked to the Aug. 7 wedding had spread to jail came on Aug. 19.

Currently, Zinser said, the infected inmates are being housed in a separate unit in single cells.

“We understand we are operating under some difficult circumstances,” Zinser said.

“I’m going to acknowledge that this is having an impact on our staffing,” he continued. “However, with the protocols we put in place … we are able to keep up with our duty to man and staff the facility.”

Asked about social distancing of inmates and the status of the sick, Zinser said “right now it’s going very well, if that’s an acceptable response here, notwithstanding the outbreak.”

He said there are currently 106 or 107 inmates total at the jail, which has capacity of about 250. He said officials are aware of a small number of infected correction officers reporting mild, flu-like symptoms, and that some infected inmates have complained of issues like a scratchy throat, diarrhea, and fever and chills.

All told, authorities have now linked 143 COVID-19 cases to the Aug. 7 wedding in Millinocket, Maine, according to published reports.

A Maine CDC spokesman didn’t immediately return voice and e-mail messages from the Globe on Thursday, but Dr. Nirav D. Shah, the agency’s leader, is scheduled to brief reporters at 2 p.m. on the state’s coronavirus response.

Shah on Tuesday had told reporters that 134 cases had been linked to the wedding. He said the investigation into the clusters linked to the wedding is ongoing. One woman whose infection was tied to the nuptials but who did not attend the event, 83-year-old Theresa Dentremont, has died.

According to Shah, the cases linked to the wedding include a number of people who have fallen ill at the York County Jail in Alfred, Maine, and the Maplecrest Rehabilitation & Living Center in Madison, Maine.

The man who officiated the Aug. 7 wedding, Pastor Todd Bell of Cavalry Baptist Church in Sanford, Maine, gave a defiant sermon Aug. 30, just one day after the Maine CDC announced it was investigating a coronavirus cluster among those affiliated with the church.

“I’ll tell you what the world wants all the churches to do,” Bell said during one of two Sunday services, which the church posted on YouTube. “They want us to shut down, go home, and let people get used to that just long enough until we can finally stop the advancing of the Gospel.”

No one answered the phone at a number listed for Bell’s church Thursday, and its website wasn’t publicly accessible.