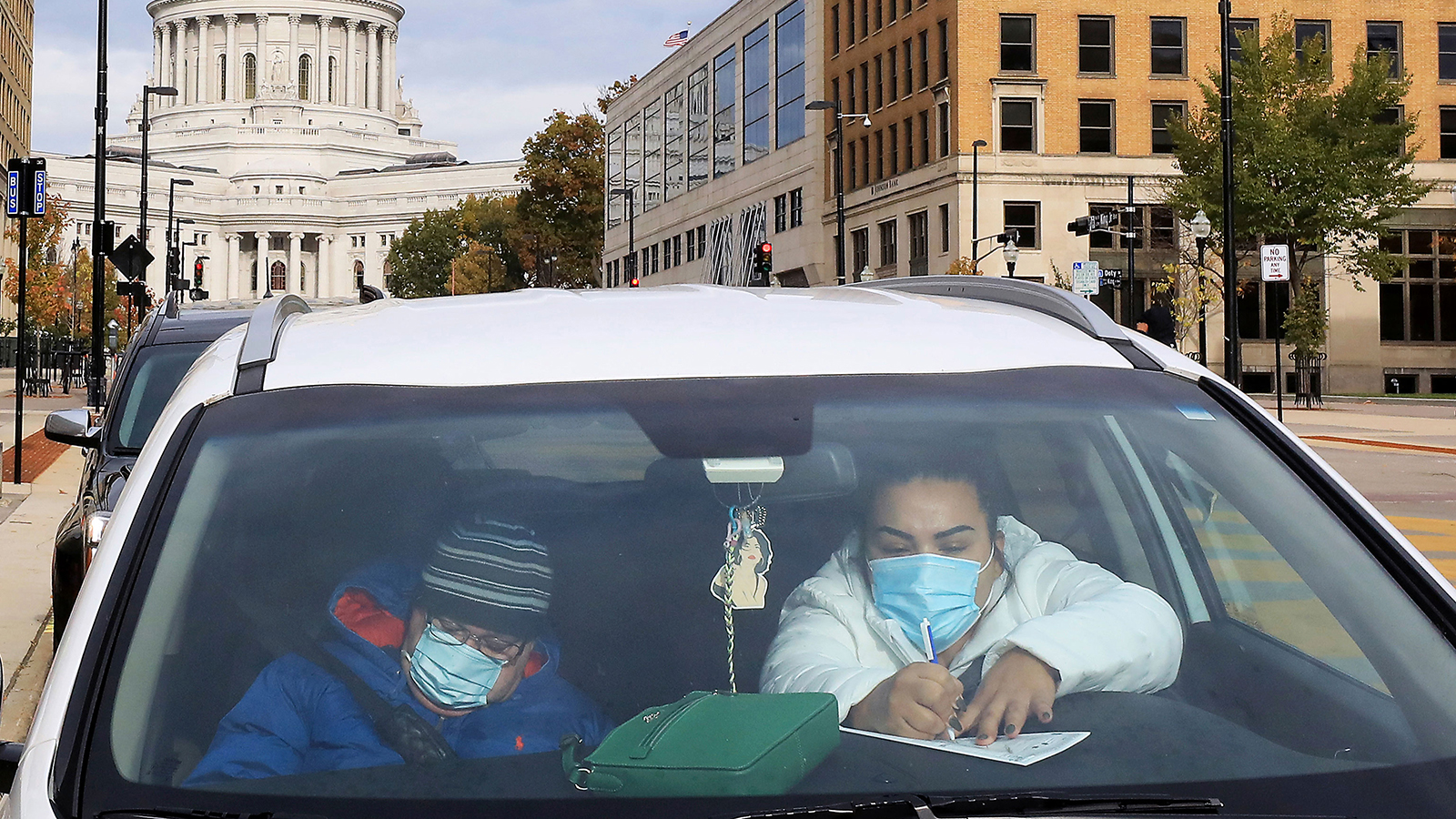 Evelio Mancera and his daughter, Jennifer, fill out their ballots on the first day of Wisconsin’s in-person absentee voting. They were outside the City-County Building in Madison. John Hart/Wisconsin State Journal/AP

Half of all Wisconsin registered voters have cast early ballots, new data released by the state Elections Commission on Sunday showed, as the state’s largest cities hold their last day of in-person early voting.

As of Sunday morning, 1,873,403 voters had cast early ballots in Wisconsin. That’s 62.4% of the 2016 general election turnout, and 50.8% of the state’s total registered voters. In addition, the state released new data Sunday on registered voters, showing that an additional 100,922 Wisconsinites registered to vote in October – and those who haven’t can still do same-day registration at the polls on Election Day.

Slightly more than a third of the early votes, 636,697, were cast in person, while the rest were cast by mail. There are still 179,828 absentee ballots in the state that have yet to be returned, although some of those voters may have decided to cancel their mailed ballots and vote early in person instead.

Today is the last day that in-person early voting is allowed anywhere in the state, although many smaller municipalities ended it on Friday. The state’s two biggest cities, Milwaukee and Madison, are still opening in-person voting sites today. All absentee ballots have to be delivered by 8 p.m. local time on Election Day.

Wisconsin doesn’t have partisan voter registration so no party breakdown is available.