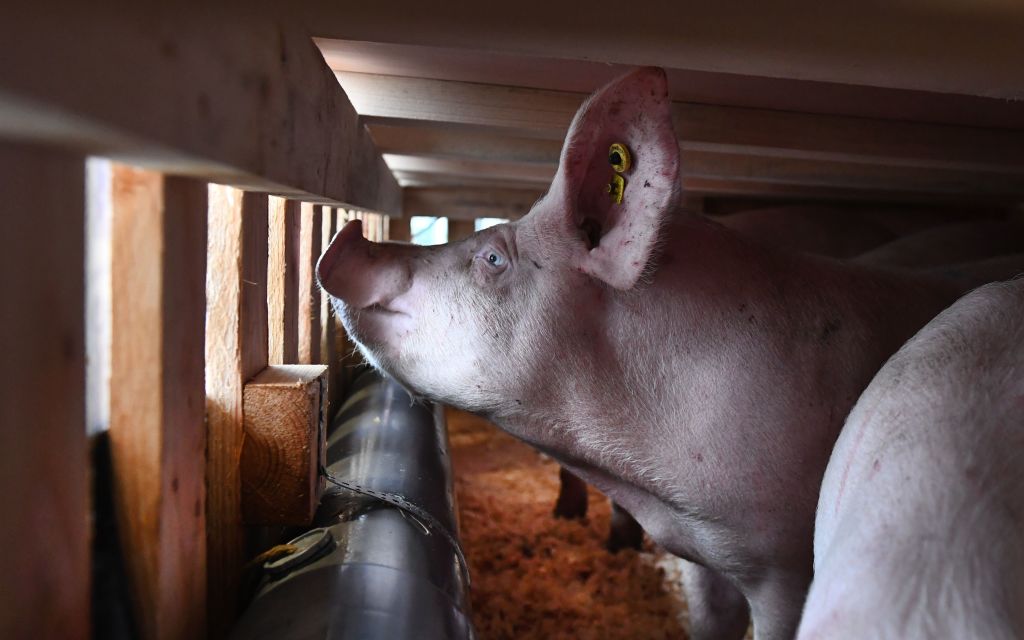 FILE – A pig looks out from a cage to be loaded onto a cargo plane en route to China from the Brest-Bretagne Airport in Guipavas, Brittany, on March 10, 2020. – One thousand pigs, handpicked for their reproductive performance, flew off on March 10 from Brest to China, a country strongly hit by the African swine fever virus in 2019. (Photo by Fred TANNEAU / AFP) (Photo by FRED TANNEAU/AFP via Getty Images)

DALLAS — A strain of swine flu that scientists fear has the potential to become a pandemic in humans has been identified in China.

According to a report from the BBC, researchers are concerned the flu could mutate and easily spread from person to person. Right now, it’s carried by pigs but could infect humans, according to scientists.

Experts say this strain has “all the hallmarks” of adapting to impact the human population. With it being a newer virus, people would likely have little to no immunity.

“We just do not know a pandemic is going to occur until the damn thing occurs,” Robert Webster, an influenza investigator, told Science Magazine. “Will this one do it? God knows.”

Scientists say G4 EA H1N1, which is the name of the new virus, could grow and multiply in human airways. They say the current flu vaccines don’t appear to protect against it, according to the BBC report.

“Right now, we are distracted with coronavirus and rightly so. But we must not lose sight of potentially dangerous new viruses,” said Prof Kin-Chow Chang of Nottingham University in the UK in an interview with the BBC.

Scientists wrote in the journal Proceedings of the National Academy of Sciences that it’s important to control the virus in pigs and monitor people who work with the animals.

“From the data presented, it appears that this is a swine influenza virus that is poised to emerge in humans,” said Edward Holmes of University of Sydney, according to Science Magazine. “Clearly this situation needs to be monitored very closely.”

The last major flu outbreak was the swine flu of 2009. That outbreak turned out to be less deadly than originally feared because many people had immunity to it, according to the BBC.

Scientists wrote this new strain is similar to the 2009 version of the flu — but with just enough changes to make it problematic.