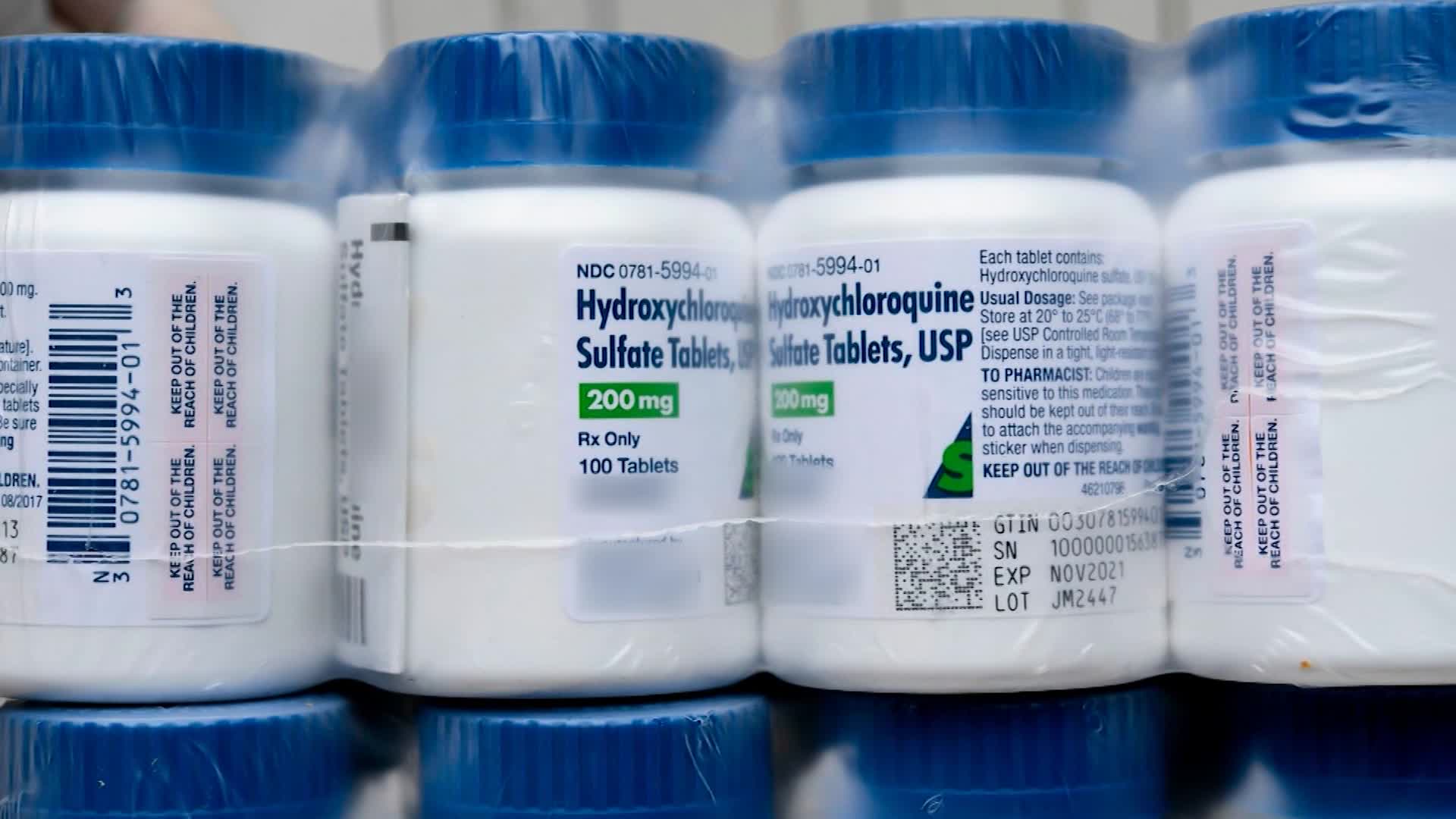 A Salvadoran Health Ministry worker shows a package of bottles of HydroxyChloroquine pills to be distributed in hospitals in San Salvador on April 21 amid the coronavirus outbreak. Yuri Cortez/AFP/Get

The number of US prescriptions for hydroxychloroquine and chloroquine were significantly higher in March and April than in the same period in 2019, and the providers prescribing them were different, according to new research published in the US Centers for Disease Control and Prevention’s Morbidity and Mortality Weekly Report on Thursday.

The drugs are typically used to treat autoimmune diseases and to prevent malaria, but early in the pandemic, were touted by President Trump and others as a possible Covid-19 treatment. On March 20, the US Food and Drug Administration issued an emergency use authorization for the drugs to treat Covid-19. The EUA was rescinded on June 15.

The prescribers of the drugs also changed. New prescriptions by specialists who didn’t typically prescribe these medications increased from 1,143 in February 2020 to 75,569 in March 2020 — an 80-fold increase from March 2019. In March and April 2020, 54% of new prescriptions were written by primary care prescribers.

There was a 16-fold increase in new hydroxychloroquine prescriptions for adult men, which the authors said was notable because historically, women are more likely to be receive those prescriptions.

By May and June of 2020, the numbers of new prescriptions and those from non-routine prescribers were declining and approaching 2019 numbers, the authors wrote.

“These declines might have been influenced by publication of additional studies indicating that the medications were not found to be effective for treatment of COVID-19 and by FDA safety warning,” the researchers wrote.

“If prescribing or prescribed these drugs, providers and patients should be familiar with the potential for drug interactions and adverse events associated with hydroxychloroquine or chloroquine use,” the authors wrote.