Lisa Holstead was found dead in August of 1986. She was 22-years-old. Investigators say Lisa had been murdered.

On Thursday, police announced the arrest of Lou Archie Griffin, 65 [corrected age], on a charge of 1st Degree Intentional Homicide. He’s being held in the Brown County Jail.

“Recent developments in the case and physical evidence were used by investigators to link Mr. Griffin to this homicide,” police say.

Article continues below the video

We do not yet know a possible motive. Green Bay Police Chief Andrew Smith says there’s no known connection between Griffin and Holstead.

“I don’t know of any connection. It wasn’t dating, relationship or friends or anything like that, as far as I know,” says Smith.

On Aug. 12, 1986, Lisa Holstead left a family gathering with her boyfriend. Witnesses say they saw Lisa get out of her boyfriend’s car in the area of Mason and Taylor Streets. That was about 2:30 a.m.

Lisa’s body was located in a marsh in what is now the Ken Euers Nature Park area. She had been strangled.

At the time, police were hesitant to say that Holstead was sexually assaulted before her death, but today we’re learning it’s DNA from that which led investigators to Griffin, a man who wasn’t considered a suspect for decades.

“He wasn’t on anybody’s radar back in 1986 when this homicide occurred,” Chief Smith said. 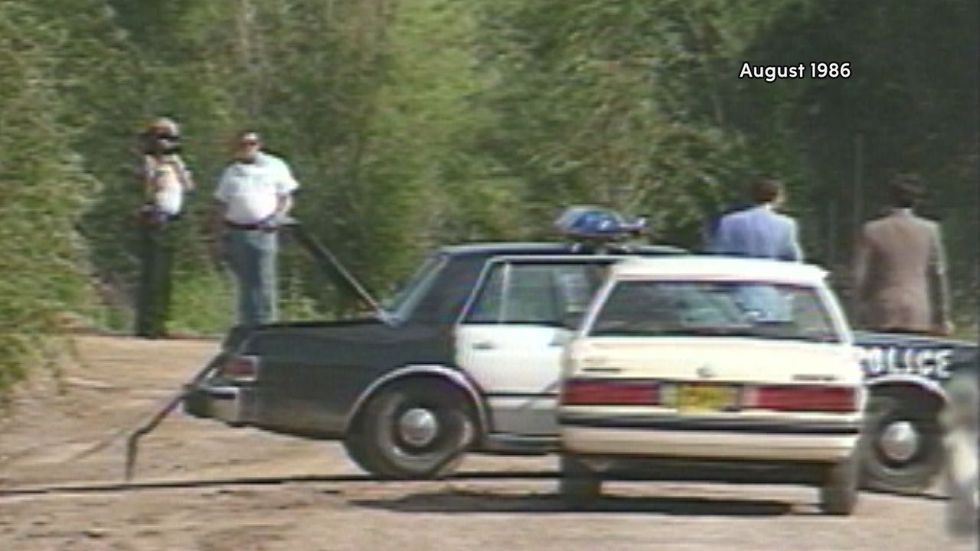 Her murder went unsolved for 34 years.

Investigators are still mum on exactly how Griffin was developed as a suspect recently, but they say once he was they discovered he lived within a few miles of the area where Holstead was last seen alive.

Smith says Detective David Graf worked for a year to uncover evidence leading to the arrest of Griffin on Oct. 28.

The complaint says he watched Griffin “throw away beer cans (in) a dumpster… and smoke a cigarette … then throw it on the ground.”

Griffin was arrested outside his home in Racine without incident.

“This is one of those cases that was always there, that people would always bring up, that we would continue to pull the books out and take a look at. Witnesses were re-interviewed. People were re-interrogated. Evidence was reviewed. Until Det. Graf was able to put everything together and make some real progress on it, it was just one of those cases that was there nagging at us. We want this case to be closed,” says Smith.

“Det. Graf worked in conjunction with the FBI, with the State of Wisconsin Division of Criminal Investigation, and the Racine County Sheriff’s Department. And together, this team really did a great job putting all the evidence together and making that arrest yesterday morning,” he said.

Griffin does have a criminal history, according to online court records. He’s served jail time for cases of disorderly conduct with a dangerous weapon and battery. Police say these charges did not require the collection of DNA.

A news conference is scheduled for Monday, Nov. 2. Action 2 News will be there and have coverage.

Article continues below the video

Chief Smith said, “All the technology behind how we made this arrest, that’s going to have to come out on Monday or as the case progresses. Our detectives, the investigators, and the district attorney have asked us not to expand on any part of the case or talk any more about the case. Just the basic facts today, and we’ll have more for everybody on Monday.”

Smith says generations of detectives have worked on this case. They worked with them during the investigation and hope they’ll be able to attend Monday’s news conference.

“There’s a certain amount of satisfaction you get when you can finally close the books on a case like this. However, we’re still very sad because Ms. Holstead lost her life. Her family was without their loved one. Her child was without his mother all these years. So we do get satisfaction solving these cases, but it’s still a sad day because we’re reminded of what was taken away from Lisa Holstead in 1986,” says Smith.

“It’s a huge deal for us, huge deal for our community,” the police chief said. “Hope it sends a message that even if you get away for something for a while here in G.B., eventually you’ll be brought to justice.”