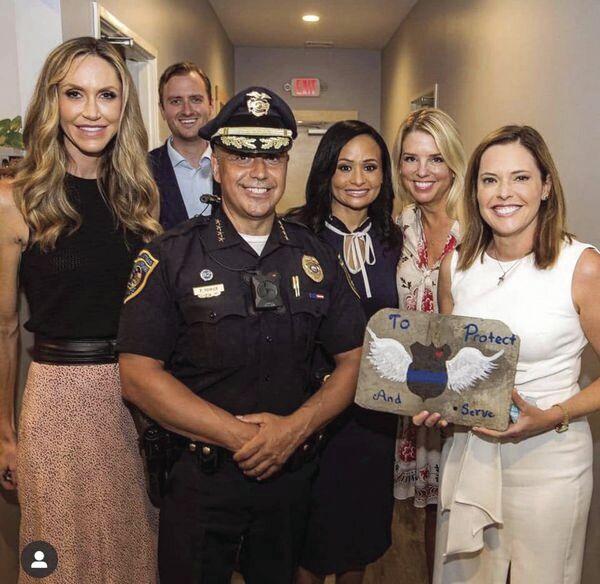 BARNSTEAD — The Board of Selectmen has placed Police Chief Paul Poirier on paid administrative leave while “an impartial investigation is conducted by an independent agency,” the town says on its website.

The decision was made on Aug. 15 at an emergency meeting of the board.

At its July 28 meeting, Poirier was criticized for using city time and resources without consulting the board for a Trump campaign event that included campaign adviser Lara Trump, wife of the president’s son, Eric Trump.

It’s not clear the extent to which the campaign event factored into Poirier being placed on leave.

“While it may appear this is a direct result of the Women For Trump event held on July 23rd, there was additional information provided that the majority of the board felt warranted further review,” the website note states. “The actions taken by the board protects our town in addition to the Chief of Police.

“We ask for your patience while the investigation is ongoing. As this is a personnel issue no further information will be released or discussed to protect the parties involved.”

The police department’s Facebook page carries photographs of the event, with the chief posing with participants.

“Yesterday, was another great day for the Barnstead Police when the WOMEN FOR TRUMP CAMPAIGN stopped by the Barnstead Police Department to say ‘thank you’ to all of our Officers for their service, not just our Barnstead Officers but to All Law Enforcement Officers around our Great Country,” states the Facebook post, dated July 24.

“Each one of them touched on topics that are resonating throughout our country to include the irony of defunding police and President Trump’s Operation LeGend. All of the women and their entire team toured the police station and took ample time to meet with the officers and citizens who came to the police station to enjoy the event which was well received by everyone. THANK YOU for your continued support.”

Lori Mahar, chair of the Board of Selectmen, said at its July 28 meeting that she felt there should be disciplinary action against the police chief. There are provisions in state law prohibiting public resources from being used for partisan campaign events.

Chief Poirier also spoke at the meeting. He said he did not break any law and said the event was aimed at thanking police officers for their work. He explained why he didn’t ask the board for permission.

“I don’t want picketers and rioters,” he said. “I take responsibility. I did nothing wrong.”

He said about $600 in police overtime was used for the event and that he has had people step up who are willing to cover that cost.

Attempts to reach the chief for comment were unsuccessful.

The police department’s Facebook post about the event drew more than 500 comments. Some noted there was a health aspect to the gathering.

In the posed photos involving the chief and a campaign group that had been traveling, nobody is wearing a mask.