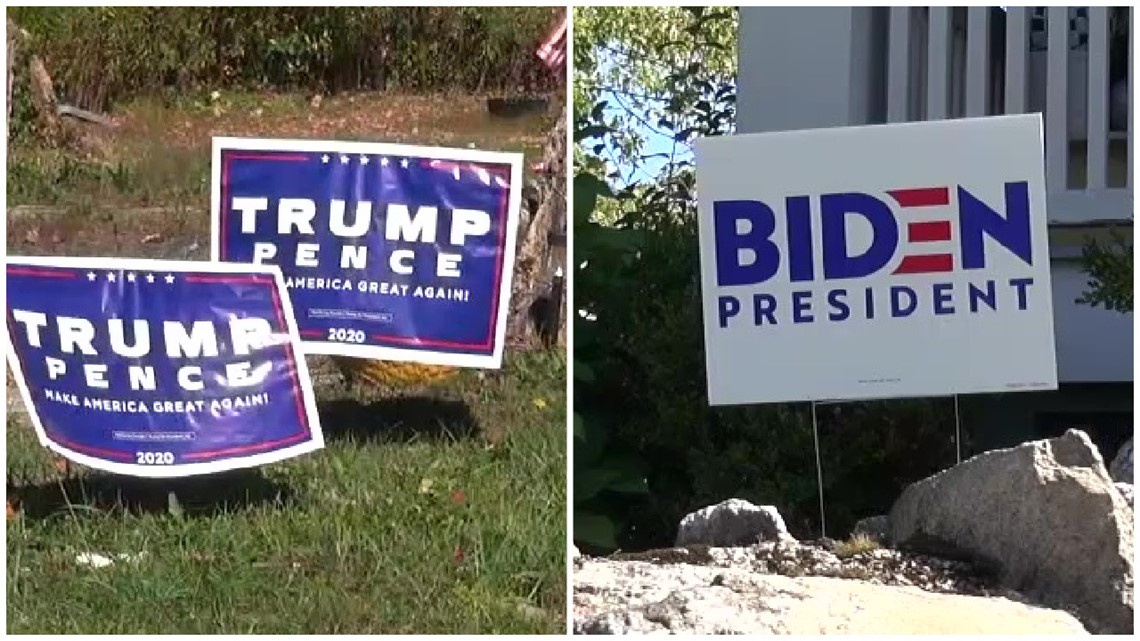 There are not many places you can go without seeing political signs in people’s yards, and the signs in our area show just how much of a swing state PA truly is.

PENNSYLVANIA, USA — The candidate may depend on what county you are in, what borough or city you are driving through, or even what side of the street you live on, but it seems like no matter where you are in Pennsylvania, political signs are everywhere.

“I have to say I saw one street where it was a first-and second-floor apartment, and the first floor was Biden and the second floor was Trump, and they were the biggest signs possible, so stuff like that I find funny,” said Judi Mundy of Scranton.

At Jaworski Sign Company on South Main Avenue in Scranton, they have been making political signs for four generations, and owner Christine Jaworski confirms they have never had a year like this for business. While her customers usually focus on local elections, she says this year it is just as much about Trump and Biden signs.

“A few weeks ago, I did an order for, a call for, 50 signs for Trump and 50 signs for Biden. I believe it was when Trump was coming to town, so we had to get them out within 24 hours. Thank goodness they were both the same colors, red and blue,” Jaworski said.

To save time, and to have a little fun during a time when we could all use it, Jaworski had an idea.

“In this case, to get the job done quicker, we ran Trump and Biden together on the same screen, and I do have a photograph of that. I thought, wouldn’t it be nice to have that printed and have the song ‘Why Can’t We Be Friends’ playing in the background.”

While political signs in yards might cause a little more trouble than that, they are a good reminder to get out and vote.

“Signs don’t vote, that’s basically what it comes down to. You see a lot, but that doesn’t necessarily translate to a real vote,” Mundy said.

Election Day is in four weeks on November 3.

RELATED: Voter Guide: Everything you need to know about registering and voting in Pennsylvania