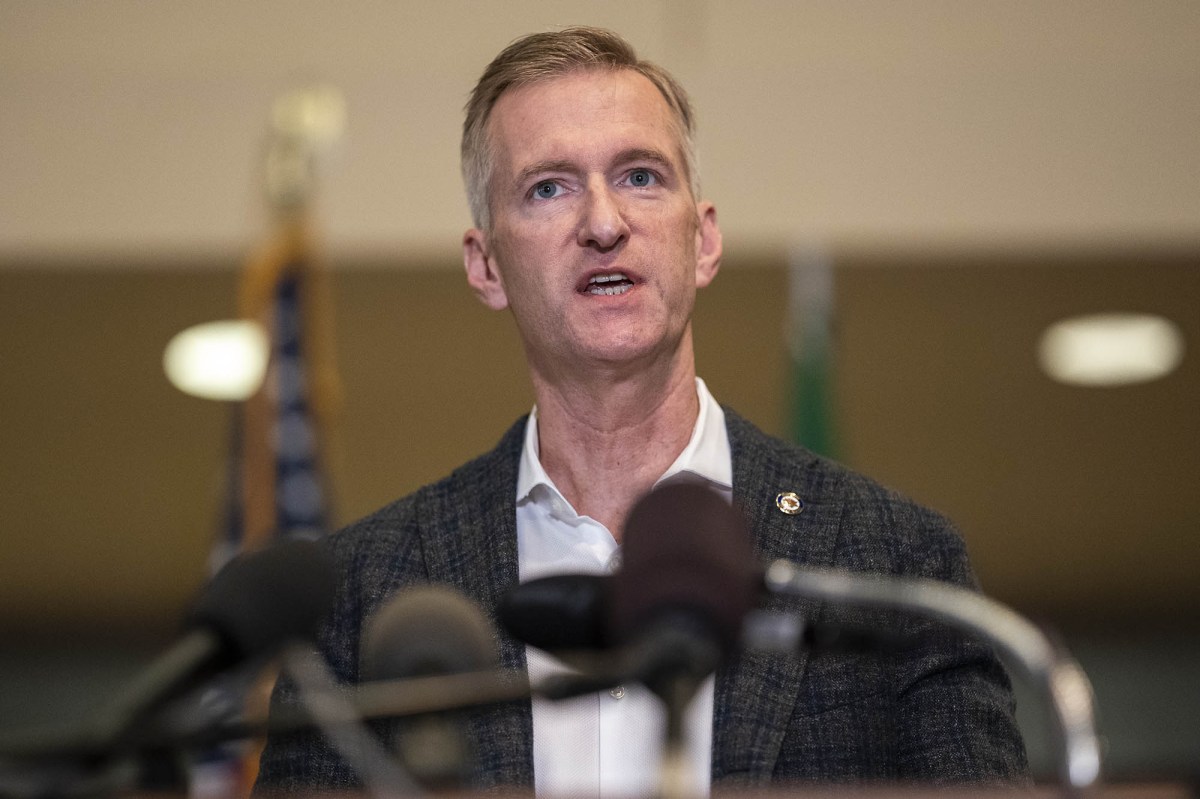 Portland Mayor Ted Wheeler has told his neighbors that he’s moving out of their building, relieving everyone there of the need to put up with the regular demonstrations by the lefty mobs plaguing the city.

Nice for the other condo residents, and for Wheeler. Too bad for the small-business owners who are in the mob’s way and don’t have that option.

Not to mention the cops, correction officers and other civil servants stuck handling the months-long siege of the courthouse district, with zero support from a mayor who still seems more concerned for the tender feelings of the “peaceful protesters.”

Such as the 200-plus who Monday night set fires and broke windows in the 16-story building he’s called home since 2017. The gangs, who’ve hit the complex many times since June, dropped by this time to demand Wheeler’s resignation on his 58th birthday.

Yet the mayor opted to condemn a police officer who tackled one thug and hit him in the head. With no thought of what might have provoked the cop, Wheeler publicly denounced the anarchists and the officer alike for their “senseless violence.”

Then he emailed his neighbors that he was leaving, offering “sincere apologies for the damage to our home and the fear that you are experiencing due to my position.”

Meanwhile, businesses across the city, already hurting from losses during the pandemic, still must put up with the nightly violent demonstrations.

Downtown Portland is a mess each morning, with streets full of trash as well as glass from broken windows. Graffiti covers boarded-up shops as well as benches and other buildings. More and more tents are popping up everywhere, too — those out-of-town antifa and Black Lives Matter radicals have to sleep somewhere.

Sadly, Wheeler is the least pro-thug candidate in November’s election: Both his opponents are full-on defund-the-police loons.

New Yorkers: Your misery has company.