PROPOSAL GONE WRONG : Lady Leaves Her Lover In The Mud After Rejecting His Marriage Proposal (Video)

A video that was sent exclusively to YabaLeftOnline, shows the moment a lady said a hurtful ”NO” to her lover who bent the knee to propose marriage to her.

The lady’s answer sent shock waves down the nervous system of the young man and he immediately became so emotional as he wept over the love of his life. 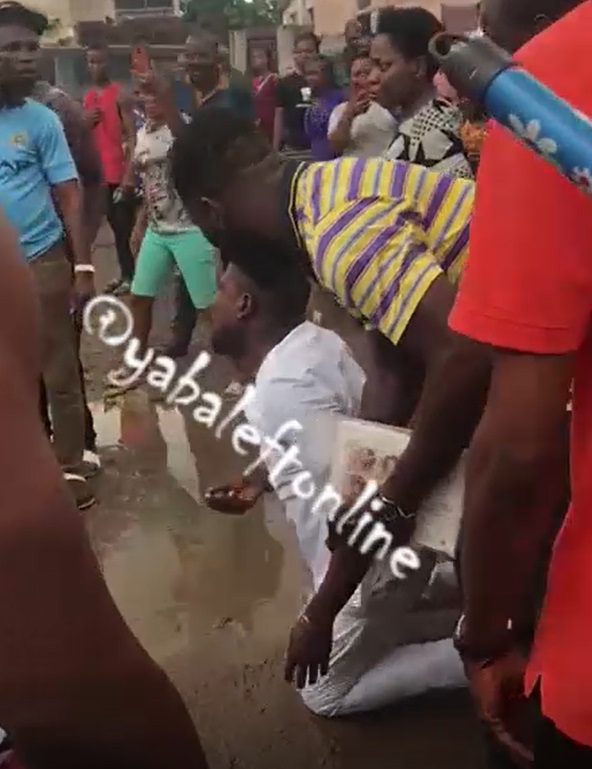 The lady left the scene as it was beginning to attract a lot of witnesses and the man continued crying right there on the muddy floor.

An eyewitness who shared the video wrote; “I am an eyewitness to that. According to the man, he trained her through school, rented and equipped her shop, bought her a small car only for him to propose to her and turned him down,”

See the video below ;