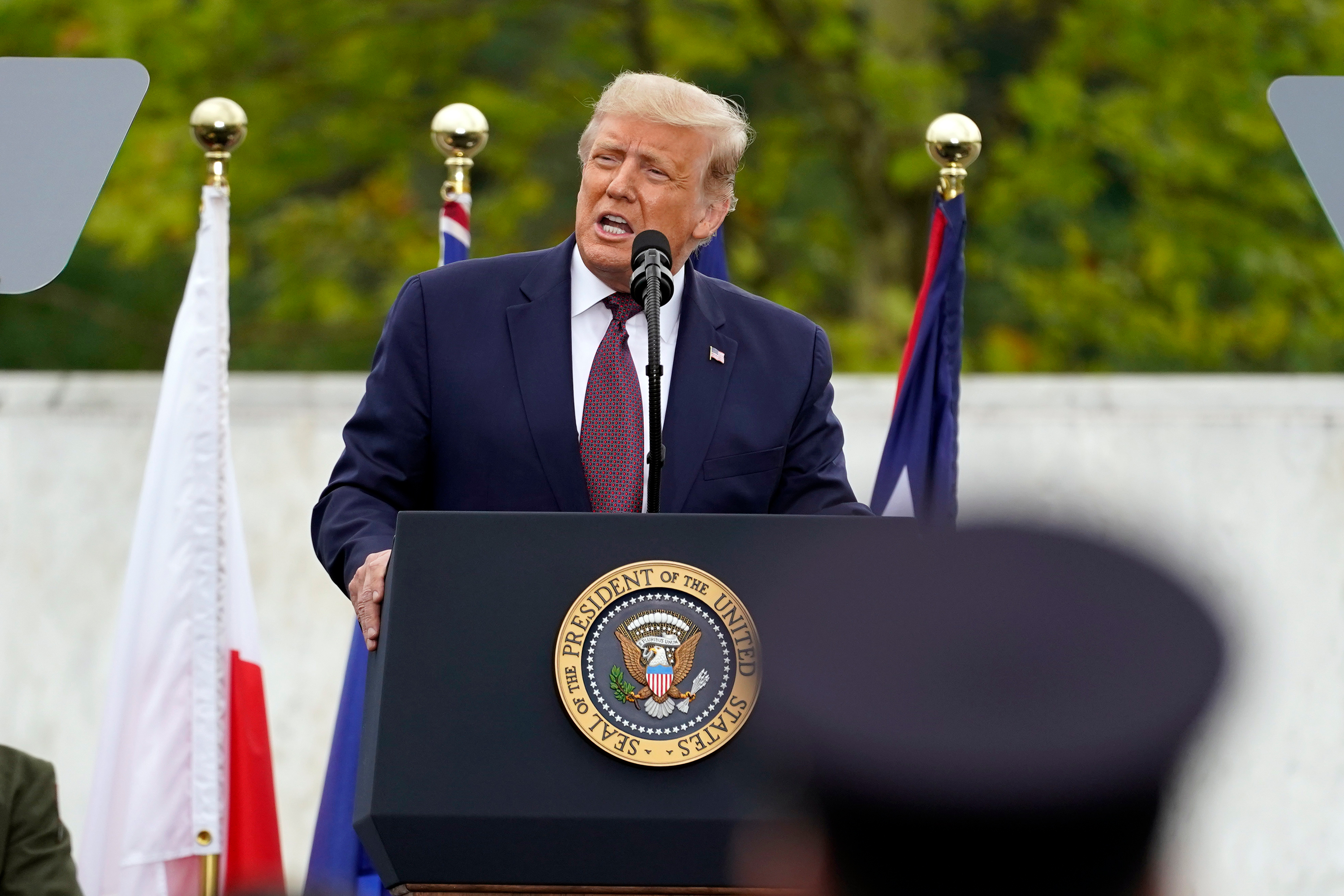 President Trump is delivering remarks at the Flight 93 National Memorial in Shanksville, Pennsylvania, to mark the 19th anniversary of 9/11. The site honors the victims of United Flight 93, which crashed after it was hijacked on Sept. 11, 2001.

“To every 9/11 member all across this nation: The first lady and I come to this hallowed ground deeply aware that we cannot fill the void in your heart or erase the terrible sorrow of this day. The agony renewed, the nightmare re-lived, the wounds re-opened, the last treasured words played over and over again in your minds. But while we cannot erase your pain, we can help to shoulder your burden. We promise that unwavering love that you so want and need, support, devotion and the very special devotion of all Americans,” Trump said.

Trump described how the passengers fought back against the hijackers, who intended to crash the plane into the US Capitol. Instead, the plane crashed in a field in Pennsylvania.

“In this Pennsylvania field, the 40 intrepid souls of Flight 93 died as true heroes. Their momentous deeds will outlive us all,” Trump continued.

The President also honored the first responders who died during the attacks.