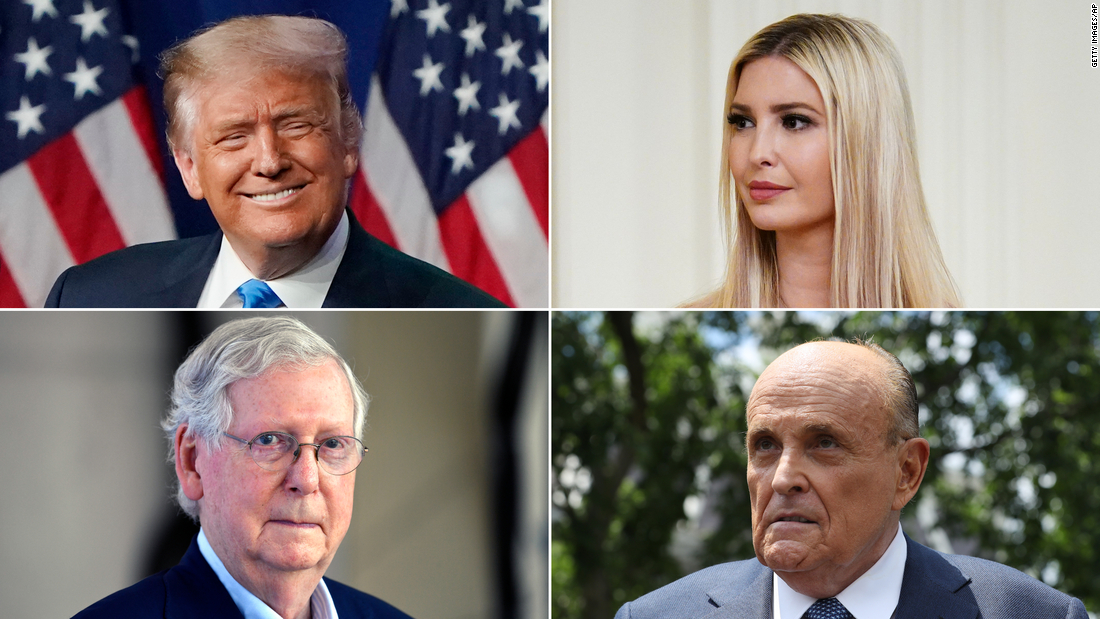 Trump made a number of misleading and exaggerated claims in touting his administration’s record on Covid-19 testing and treatments.

“We developed, from scratch, the largest and most advanced testing system in the world,” Trump said.

Trump also said, “America has tested more than every country in Europe put together, and more than every nation in the Western Hemisphere combined. We have conducted 40 million more tests than the next closest nation,” he said.

In addition, Trump, according to prepared remarks, said the US has “developed a wide array of effective treatments, including a powerful anti-body treatment known as convalescent plasma that will save thousands of lives. Thanks to advances we have pioneered, the fatality rate has been reduced by 80 percent since April.”

Finally, Trump said the US “has among the lowest case fatality rates of any major country in the world.

Facts First: These claims are exaggerated and misleading. Testing in the US has been less than successful, and has never reached levels that satisfy public health experts. After getting off the ground slowly and late. Trump’s own CDC director, Dr. Robert Redfield, admits the US has missed 90% of coronavirus cases with its testing efforts. On June 25, he told reporters that the CDC had estimated there were many more cases than testing had detected. “A good rough estimate now is 10 to 1,” Redfield told a media briefing. Redfield told Congress that coronavirus has “brought this nation to its knees.”

As for Trump’s claims on developing new treatments, the US has not yet developed a single new treatment for coronavirus. The only treatments that have been shown to work against coronavirus are old treatments – the steroid dexamethasone, the existing drug remdesivir, which has minimal benefits, blood thinners and convalescent plasma, which is a 100-year-old last-ditch treatment, and the FDA commissioner acknowledged he overstated its potential benefits on Sunday. Antibody treatments are in the works, but are far from approval and it’s not clear how well they might work.

However, according to Johns Hopkins University, the US has among the highest mortality rates when measured per 100,000 people. The US comes in at 54.93 deaths per 100,000. Only 10 countries have higher rates, and they include Brazil, at 56.17 deaths per 100,000; Sweden at 57.12 and the UK, at 62.49. More than 100 countries have lower death rates than the US. They include Mexico, Panama, France, Netherlands, Switzerland, Germany, Austria, Norway, Greece, Sudan and Haiti.