The riot broke out Friday in Malmo, Sweden’s third-largest city, where some 300 people had gathered to protest against the Quran burning and anti-Muslim activities. Car tires were set on fire, and objects were thrown at police officers as the violence raged into the night, according to Reuters. 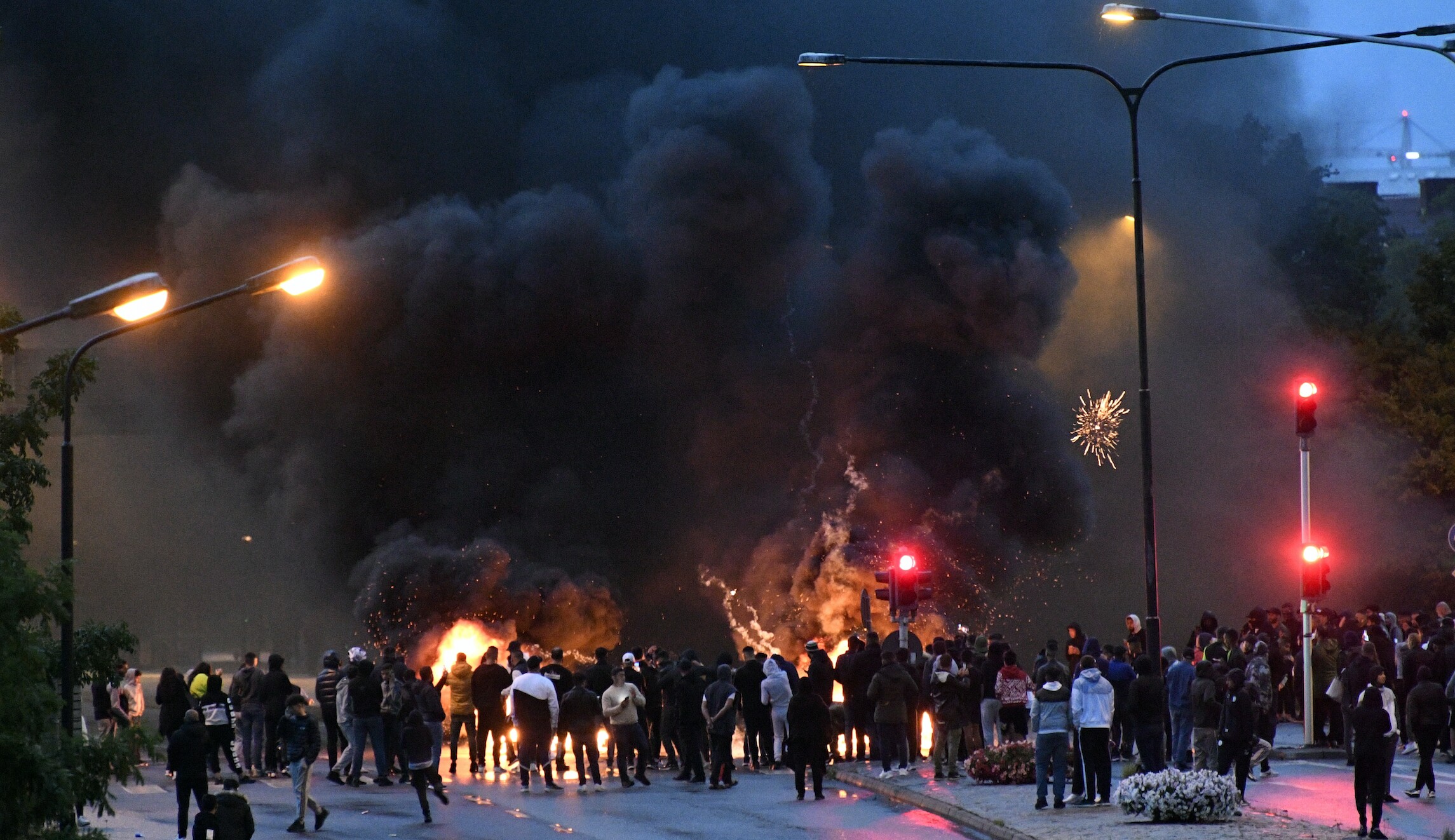 Smoke billows from burning tires and pallets and fireworks as a few hundred protesters riot in the Rosengard neighbourhood of Malmo, Sweden, on Aug. 28, 2020.

“We don’t have this under control, but we are working actively to take control,” a police spokesman said Friday.

“We see a connection between what is happening now and what happened earlier today,” he added in reference to the Quran burning.

The Quran burning came after Rasmus Paludan, leader of the Danish anti-immigration political party Hard Line, was denied entry into Sweden. Paludan had been planning to attend a meeting in Malmo but was stopped at the border. 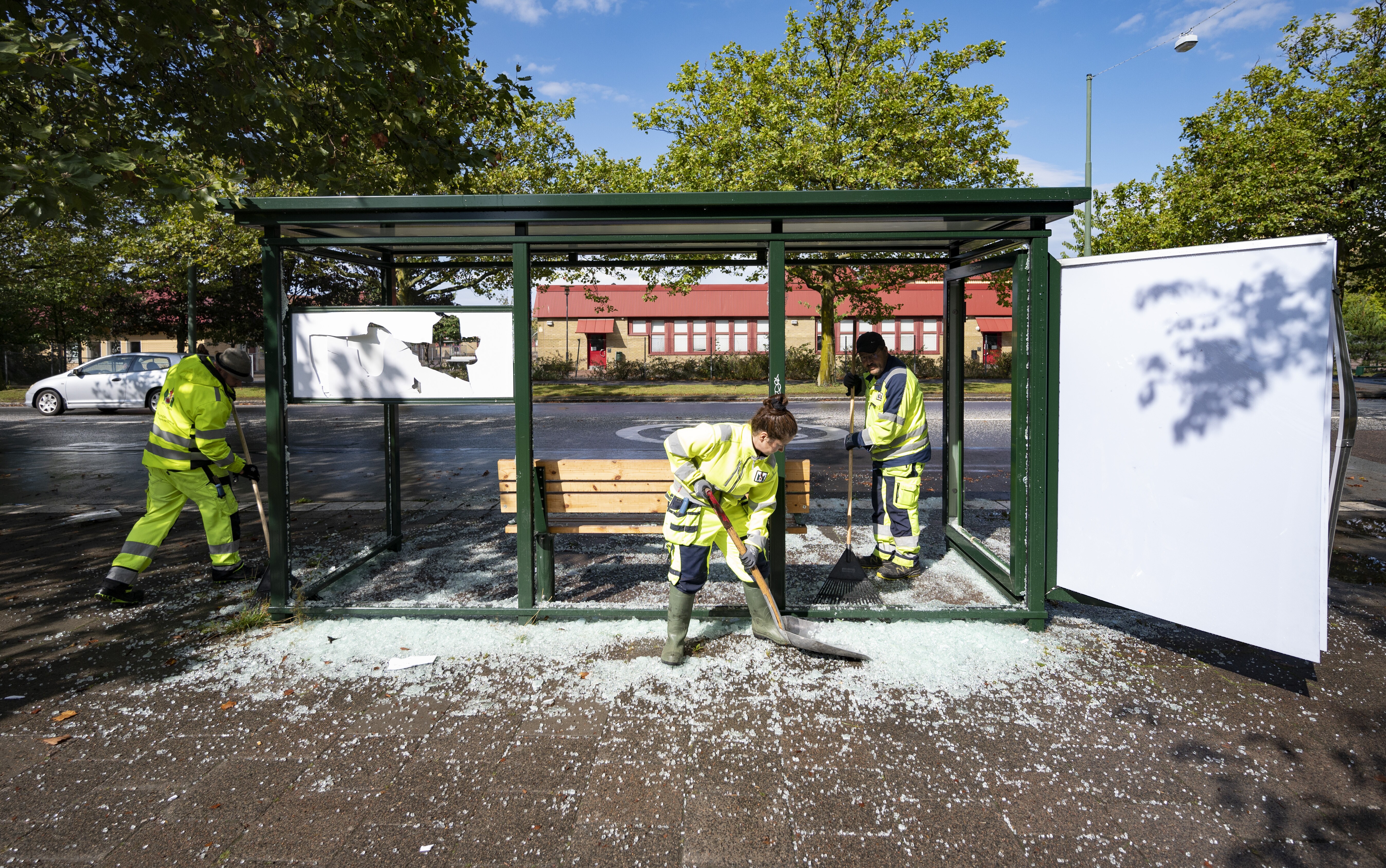 Staff from the City of Malmo clear up broken glass from one of about 15 broken bus shelters at Rosengard in Malmo, Sweden, Saturday, Aug. 29, 2020.
(Johan Nilsson/TT/AP)

“We suspect that he was going to break the law in Sweden,” Malmo police spokesman Calle Persson told Agence France-Presse. “There was also a risk that his behavior […] would pose a threat to society.”

The Daily Aftonbladet, a Swedish newspaper, reported on Saturday that police are preparing in case there is a second night of rioting and have called in reinforcements. 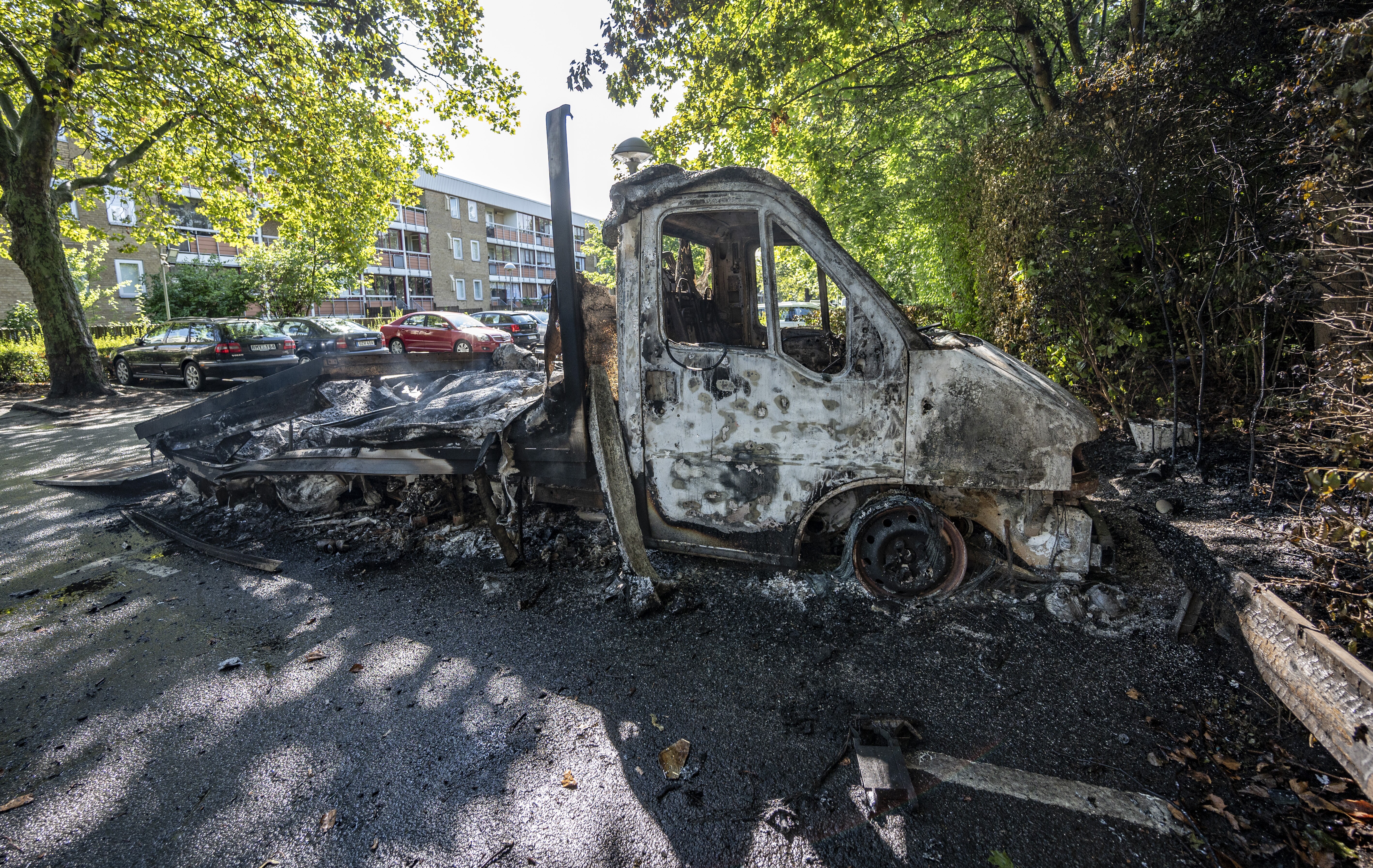 A burnt out truck is seen in Malmo, Sweden, Saturday, Aug. 29, 2020. Far-right activists burned a Quran in the southern Swedish city of Malmo, sparking riots and unrest after more than 300 people gathered to protest, police said Saturday.
(Johan Nilsson/TT/AP)
Share this...