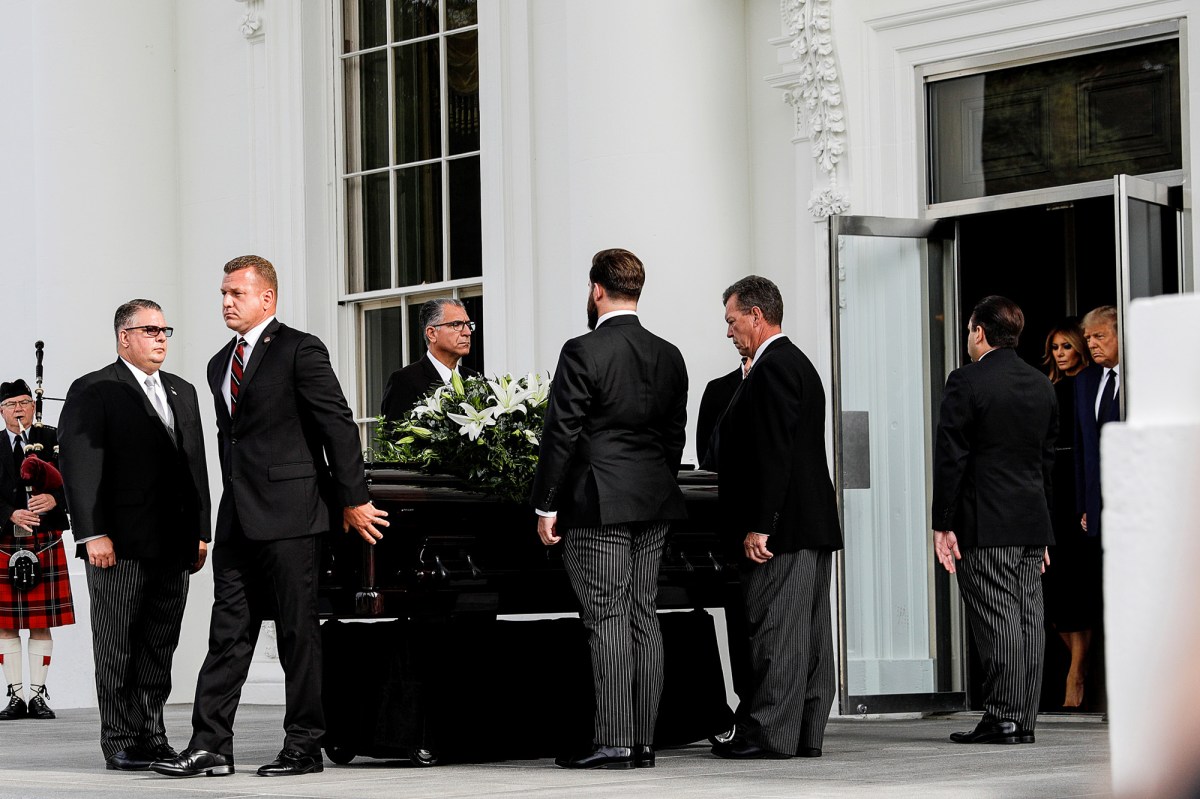 An unidentified mourner from Robert Trump’s funeral allegedly punched a Washington, DC restaurant worker in the face after he was told the eatery could not host his large group because of coronavirus restrictions, according to a report.

The alleged attack happened Friday night at Fig & Olive restaurant, just hours after the White House funeral of President Trump’s youngest sibling, who died last week at the age of 71.

“I got a tip that someone in town for Robert Trump’s White House funeral punched a server tonight at D.C.’s Fig & Olive restaurant,” NBC News White House correspondent Geoff Bennett tweeted. “I called and an employee there confirmed it: “Somebody blindsided one of my servers. Clocked him right in the nose.”

“My server’s nose is crooked. Pretty sure the guy broke it. They didn’t apologize. Just said, ‘You don’t know how to speak to people,’” Bennett said he was told.

No one from the Trump family was reportedly involved.

Those who were part of the “unruly” group were still carrying funeral programs from the funeral ceremony, Bennett claimed.

The restaurant and DC police did not immediately respond to calls for comment.