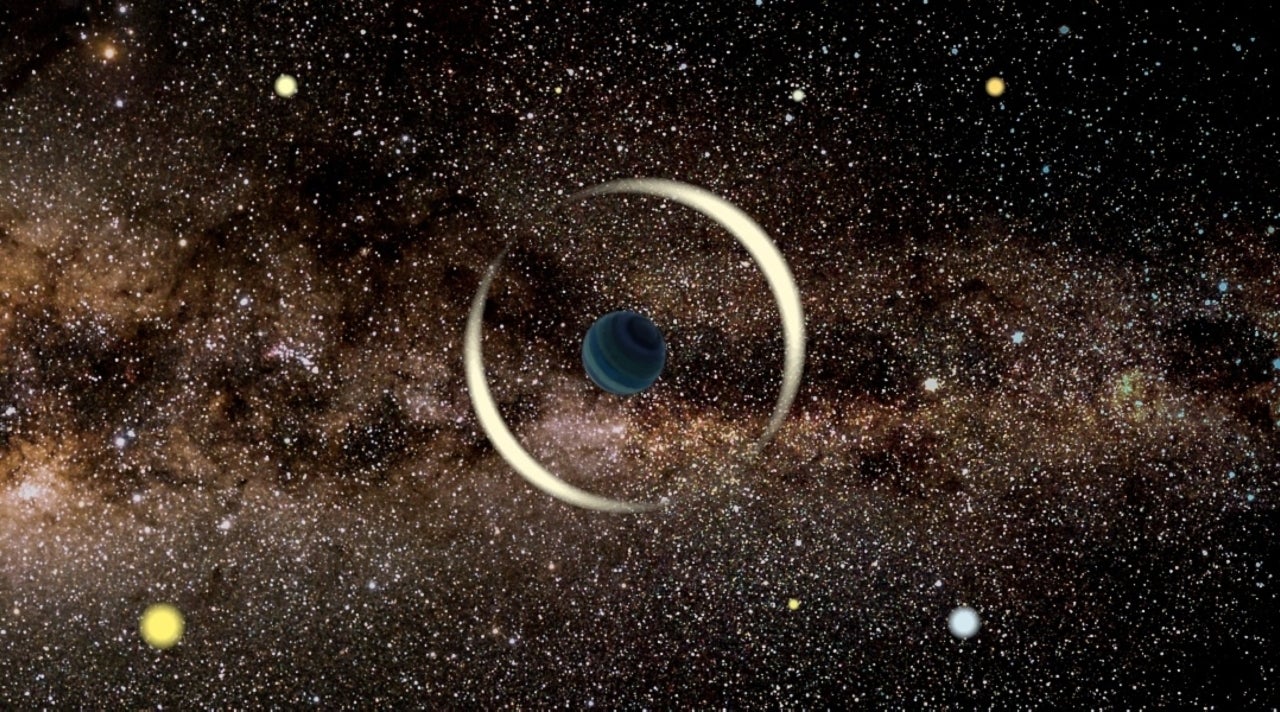 Somewhere out there in the midst of the Milky Way is an Earth-sized planet, floating aimlessly through space. The “rogue planet” belongs to no solar system, nor does it orbit a star, like the planets in our solar system. The finding was published earlier this week in Astrophysical Journal Letters, where scientists expressed surprise in finding a rogue planet similar in size to Earth. Typically, planets are typically enormous, between two to 400 times the size of Jupiter.

An international team of scientists — led by researchers from Poland’s University of Warsaw — believe it’s the smallest free-floating planet found to date. The newly-found planet, dubbed OGLE-2016-BLG-1928 by researchers, was essentially found by chance, as similar exoplanets are rarely discovered.

“When we first spotted this event, it was clear that it must have been caused by an extremely tiny object,” University of Warsaw scientist and study co-publisher Dr. Radosław Poleski said in a statement. “If the lens were orbiting a star, we would detect its presence in the light curve of the event. We can rule out the planet having a star within about 8 astronomical units – the astronomical unit is the distance between the Earth and the Sun”.

“If a massive object – a star or a planet – passes between an Earth-based observer and a distant source star, its gravity may deflect and focus light from the source. The observer will measure a short brightening of the source star,” study co-author Dr. Przemek Mróz explains. “Chances of observing microlensing are extremely slim because three objects – source, lens, and observer – must be nearly perfectly aligned. If we observed only one source star, we would have to wait almost a million year to see the source being microlensed,” he adds.

Using a telescope at Las Campanas Observatory in Chile, the astronomers involved in the study were able to look toward the center of the Milky Way galaxy on clear nights, hoping to measure changes in the brightness of stars. This is the technique that was responsible for the discovery of the new rogue planet.

So far, scientists are unable to explain why rogue planets don’t have a “parent star,” though some theories include the planets being kicked out of their respective solar systems after gravitational events with neighboring planets or bodies.