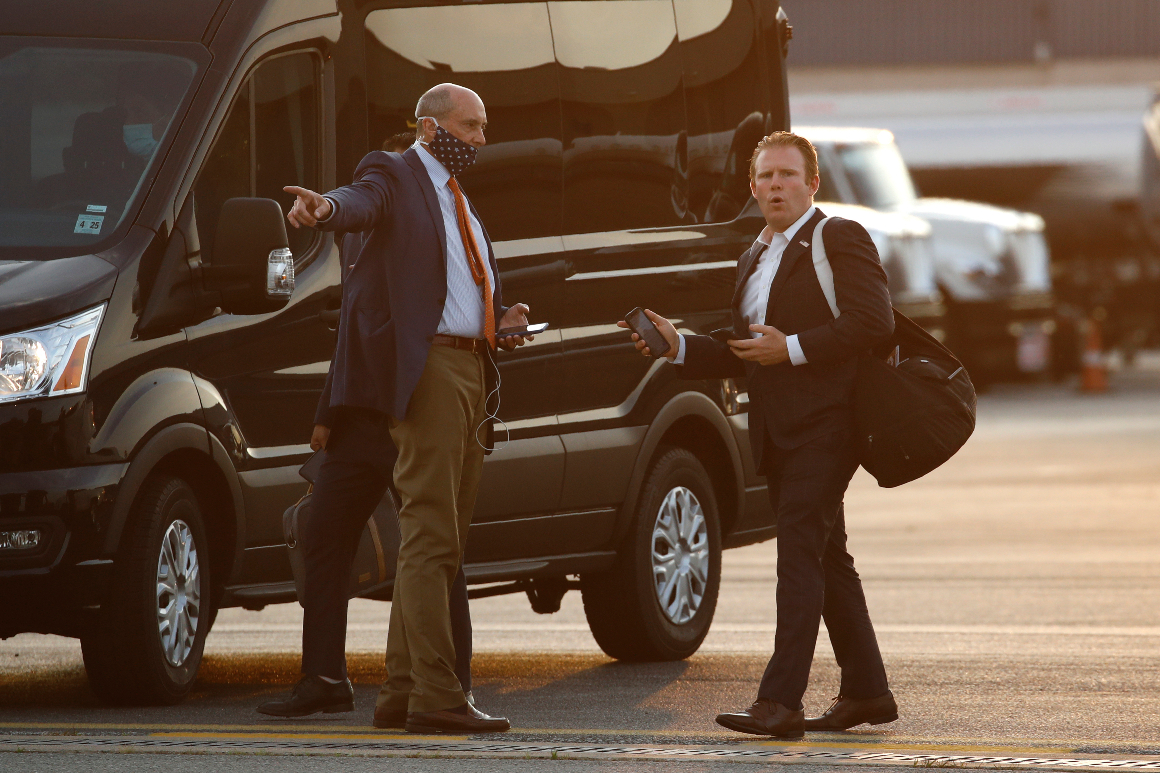 Giuliani is the latest of numerous Trump administration and campaign officials to have become infected over the course of the pandemic, across three separate White House outbreaks. It is unclear whether he contracted Covid-19 in his capacity as an aide to the president.

The news of his diagnosis comes as his father, the former New York mayor and the president’s personal attorney, has taken charge of the Trump campaign’s legal fight to overturn the results of the 2020 White House race.

Rudy Giuliani and a group of other Trump campaign attorneys advanced a variety of conspiracy theories and false claims asserting widespread voter fraud during a freewheeling news conference Thursday at the Republican National Committee headquarters in Washington, D.C.

Andrew Giuliani stood in the back of the packed room of reporters as his father spoke, and he also was one of the few White House staffers seen without a mask in the Rose Garden last Friday as Trump delivered remarks on the administration’s Operation Warp Speed vaccine development efforts.

Daniel Lippman and Meridith McGraw contributed to this report.