School board frustrated over cyberattacks 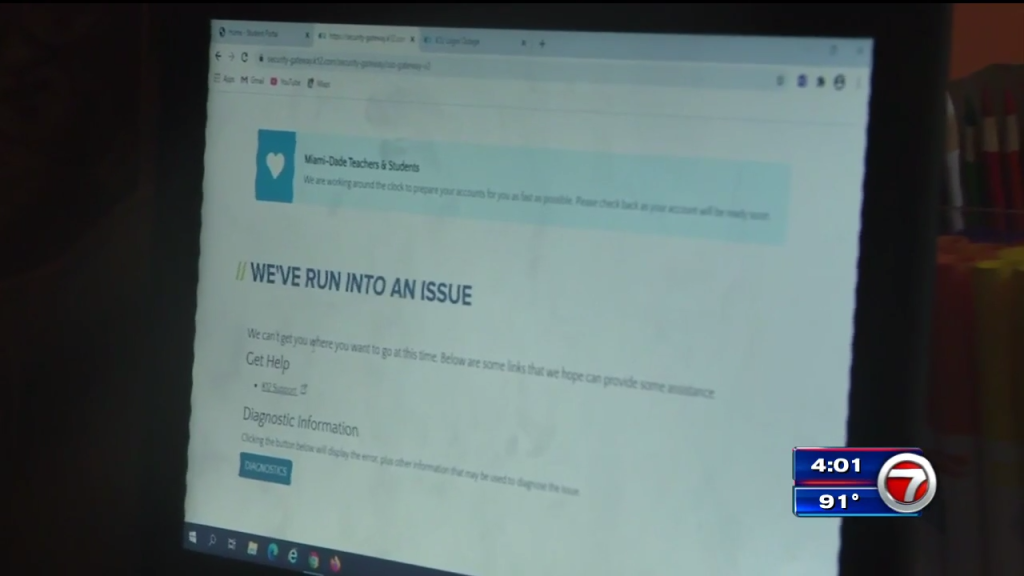 MIAMI (WSVN) – The cyberattacks that have crippled the school district’s distance learning platform is still an ongoing issue, and members of the Miami-Dade County School Board are joining parents in demanding answers from the superintendent.

“This has not been a reopening of schools,” Mari Teresa Rojas said.

It’s been a disastrous start of the 2020/21 school year in Miami-Dade. The district, its students and teachers have been hit hard by failure.

“I, much like you, share the deep disappointment, frustration and quite frankly, at this point, a degree of anger,” Superintendent Alberto Carvalho said.

Access to virtual classrooms have been spotty. Over the past three days, tens of thousands of students and teachers have been either locked out or bumped out.

At first, district leaders thought their only problem was a glitchy server.

Then on Tuesday, the superintendent was alerted to multiple cyberattacks against the district. Those attacks continue Wednesday.

“We have had 12 attacks since 8:19 this morning. It did bring down our Internet connectivity,” chief academic officer Marie Izquierdo said.

School board members responded to the cyberattacks Wednesday during their first meeting of the school year.

“I’m struggling with some of the ways the narrative is being framed relative to the ultimate impact,” vice-chair Dr. Steve Gallon III said.

“I cannot isolate a malfunction to the platform if we are in an environment where we’re also losing our internet connection,” Izquierdo said.

Staff members have acknowledged they are now aware of glitches within the $15 million platform.

“I don’t think it was vetted sufficiently,” Rojas said.

“We don’t know if this is about K12. Who thought this would work? Why did we choose it?” Dr. Marta Perez said.

Fredrick Ingram, the president of the Florida Education Association, one of the biggest teacher unions in the state, had this to say about K12: “We advised them against taking this platform, K12. We believe that K12 is one of the worst.”

“They are one of the state’s approved virtual instruction providers. We thought it was more engaging, we thought the platform was simpler for children to navigate, they had more course offerings,” assistant superintendent Sylvia Diaz said.

“Is there a time when we say, ‘OK, we’re going to move forward with this. We are changing gears’?” Dr. Martin Karp said.

It is unclear how long the cyberattacks on the virtual learning system in Miami-Dade County will last.

District leaders said they will be spending Labor Day weekend reviewing K12’s performance, specifically outside of the effects of the glitch, the server and the attacks, then decide what to do with the platform.