The moon and knockoff jewelry have literally nothing in common but they’re both rusting anyway.

In all seriousness though, the moon has rust on it and scientists wanna know why.

If you didn’t know already, rust is a reddish-brown compound that forms when iron is exposed to water and oxygen. It’s a common reaction as seen on The Red Planet, Mars. According to NASA, the planet rusted long ago when the iron on its surface combined with oxygen and water.

Although the Moon is airless, recent findings indicate the presence of hematite, a form of rust that only occurs with oxygen and water. This has scientists baffled. 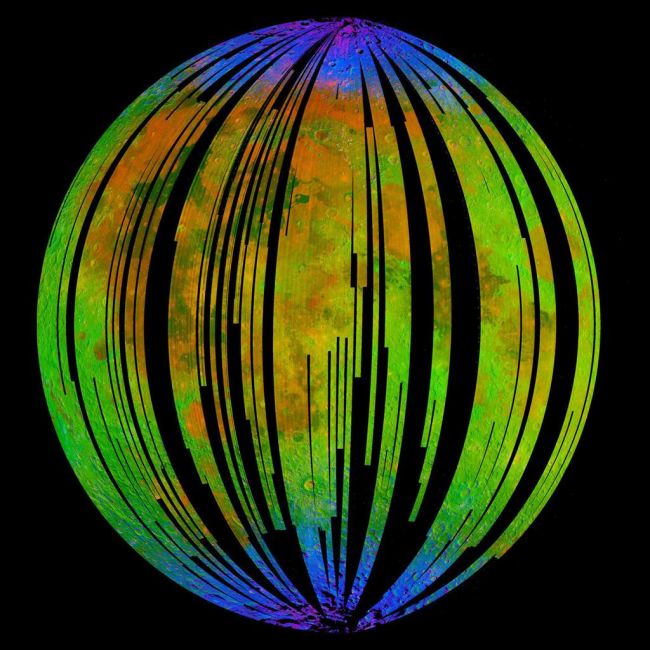 In this false-color image of the moon, the blue areas highlight the presence of water. IMAGE: NASA

The Moon is also constantly exposed to a steam of hydrogen from the solar wind. Hydrogen is a reducing agent that ‘donates’ its electrons to the materials it is exposed to.

Rusting occurs due to a loss of electrons, so if hypothetically oxygen and water were present on the moon, the hydrogen would cancel out the rusting process.

“It’s very puzzling,” says planetary scientist Shuai Li of the University of Hawaii at Manoa.” The Moon is a terrible environment for hematite to form in.”

The discovery was made using data from the Chandrayaan-1 orbiter. The spacecraft, launched by Indian Space Research Organisation (ISRO) studied the makeup of the Moon’s surface and found rust on it.

After months of research, Li and the NASA scientists think they’ve cracked the case – and the key to the mystery lies on our planet.

The rust happened to be more concentrated on that part of the Moon that faces the Earth – a clue that it had something to do with Earth.

According to Li, “Oxygen from Earth’s upper atmosphere can be blown to the moon’s surface through solar wind when the Moon is in Earth’s magnetic field. So, Earth’s atmospheric oxygen could be the major oxidant to produce hematite.”

The Moon and the Earth aren’t exactly in close proximity but they are close enough that when the Moon hits the nightspot, it initiates some sort of an oxygen exchange programme with the Earth. However, this only solves part of the puzzle. 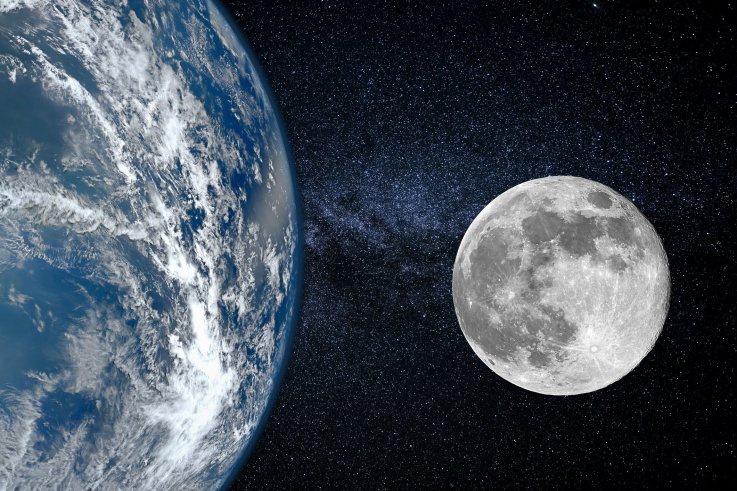 An interpretation of the distance of the Earth from the Moon. IMAGE: NewsWeek

As for the water component, researchers think it’s a possibility that water ice particles scattered on the Moon briefly turn into water when they interact with dust.

Regardless of the specifics, these are just speculations. The timing of the marriage of all these elements would have to be perfect but it’s highly likely this is the cause of the Moon rusting.

All this theorizing still doesn’t add up to anything thaaat substantial so at the end of the day we still don’t know what the hell is going on.

If you’re interested in reading the details of the study, you can learn more here.