Scores of Napa Wineries, Restaurants, and Resorts Have Been Damaged by the Glass Incident Fire – Eater SF

A swiftly-moving wildfire that ignited on the Napa-Sonoma County border just a few days ago has grown to 42,560 acres, according to CalFire’s incident report at 9 a.m. Tuesday. So far, it is completely uncontained, officials say, and has destroyed 113 structures. Among those damaged or lost are 14 restaurants, resorts, and wineries, including Calistoga Ranch and St. Helena’s vaunted Restaurant at Meadowood.

The fire began at 3:50 a.m. on Sunday, September 27, and rapidly moved spread over 10,000 acres. Initially termed the “Glass Fire,” that name was changed to the “Glass Incident Fire” after it merged with two other, smaller, blazes. 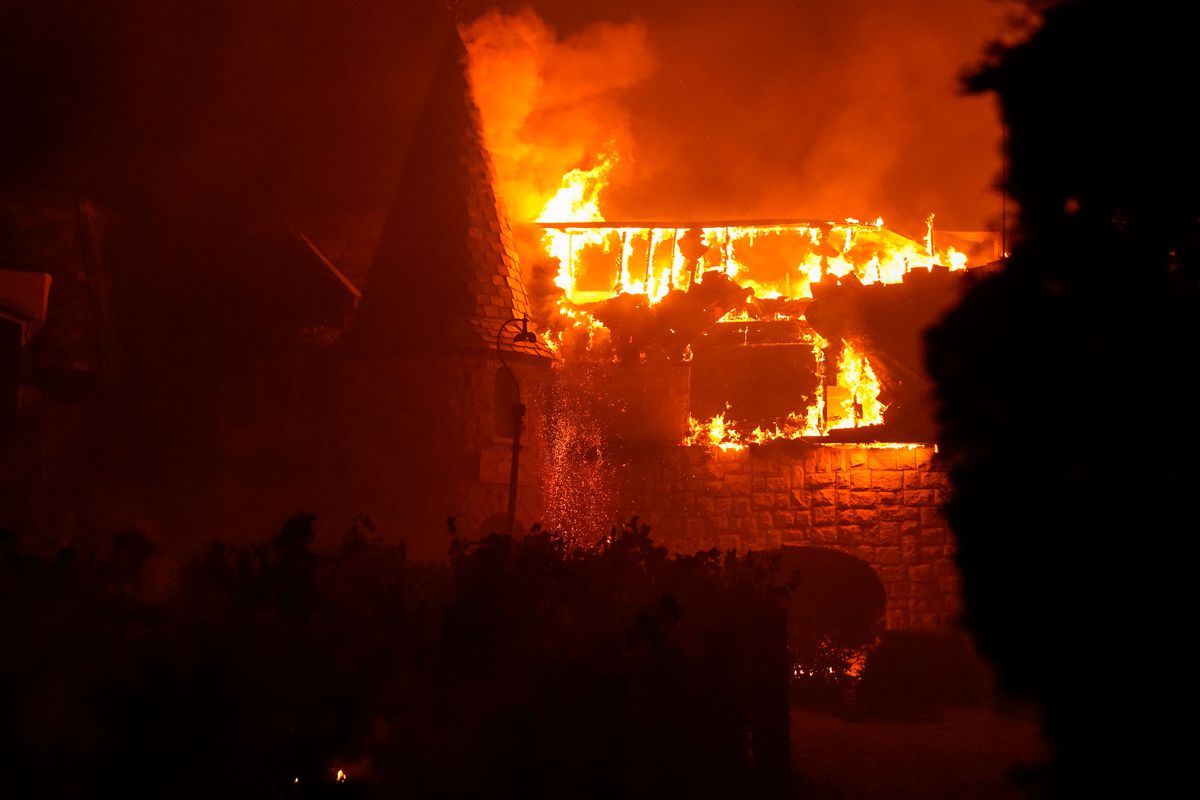 By early Monday, the family-owned Château Boswell Winery, which had been in operation since 1975, was consumed. The Black Rock Inn, a boutique bed-and-breakfast near downtown St. Helena, was also destroyed.

As the day went on, the destruction list mounted. In addition to a multitude of residences and commercial buildings, at least eight wineries were damaged or completely lost. Restaurants, resorts, and wineries affected by the fire include:

Many more winery owners say that they’re waiting until Tuesday to return to their properties and assess the damage, so this list will likely grow. According to the Napa County Office of Emergency Services, there are 64 total wineries within the evacuation zone, a significant percentage of Napa Valley’s 400 (or so) total wineries or tasting rooms.

On Monday, Governor Newsom declared a state of emergency in Napa, Sonoma, and Shasta counties (home to a separate wildfire known as the Zogg Fire, which has killed three people and destroyed at least 100 structures, KCRA reports) for the explosive wildfires burning out-of-control. As of late Monday, over 68,000 people have been evacuated from the fire zone, including the entire town of Calistoga, and 8,500 structures are threatened by the blaze.

So far, no cause has been given for the Glass Incident Fire, which is one of nearly 30 fire clusters burning across the state.