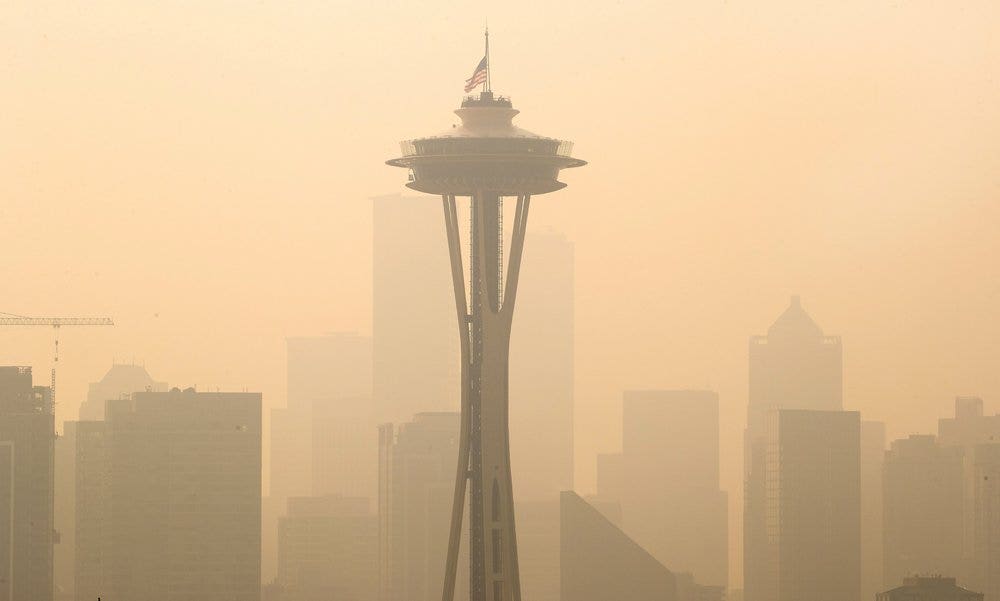 A Seattle driver illegally doing “doughnut” spins on a street near the Space Needle on Saturday evening slammed into several people in a crowd that had gathered to watch the spectacle, according to a local reporter.

The driver appeared to be hanging out the window while attempting the dangerous stunt.

Around 150 people were watching the exhibition that went for well over an hour with no police in sight, Cole Miller of KOMO-TV in Seattle reported. The activity happened to occur within view of KOMO’s newsroom.

“Given that police are tied up with protesters, I’m guessing this is a low priority,” Miller tweeted of nearby demonstrations for Breonna Taylor.

The car’s bumper was hanging off after the collision when it also hit another car.

Miller tweeted after the accident more cars continued doing doughnuts and another spectator was hit by a different car.

The crowd began to scatter as Seattle police officers finally arrived at the scene.

“Police blaring sirens,” Miller wrote. “They’re not able to get anywhere remotely close to the action because there are cars literally parked down Broad all the way to Denny.”

He added that the spectacle wasn’t related to any of the Breonna Taylor protests that caused 10 arrests in the Capitol Hill neighborhood the same night. “These sideshows go down once or twice a month, at least during the summer months,” he tweeted.

It wasn’t clear if police were able to make any arrests before the crowd fled or if anyone was seriously injured in the collisions.

Breonna Taylor was accidentally shot by police in her Kentucky home in March during a police drug investigation. A grand jury on Wednesday declined to charge the involved officers with any crimes directly linked to Taylor’s death, sparking protests across the country.