Sen. Pat Toomey to retire from politics in blow to GOP – POLITICO 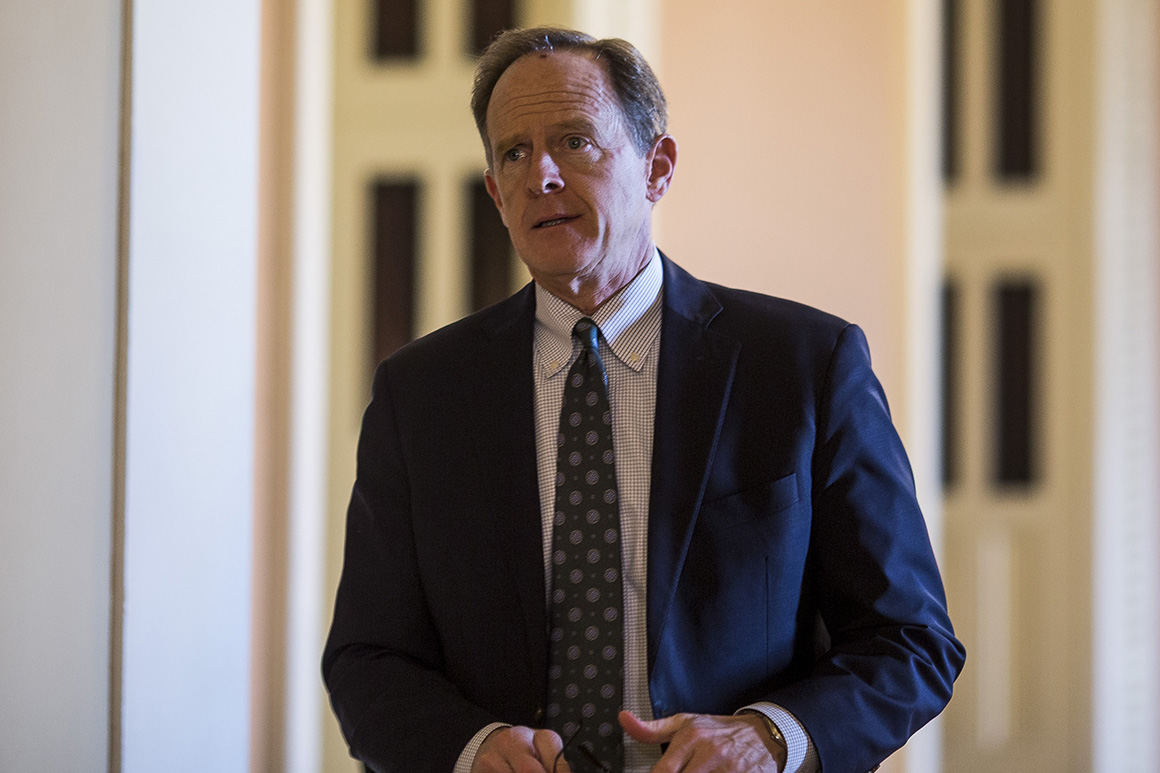 He also said he is “cautiously optimistic” his party would retain its majority at the ballot box this fall amid a fierce battle for the Senate, which would make him Senate Banking Committee chair for his last two years.

Toomey is the only statewide elected Republican politician in office in the Keystone State, though it remains a presidential battleground and top target for both parties. Trump, however, is trailing in the state by significant margins and Sen. Bob Casey (D-Pa.) was easily reelected in 2018, suggesting a tough road ahead for Republicans winning statewide.

The two-term senator and former House member asserted that “if I decided to run I would have won again.” Toomey defeated Democrat Katie McGinty in 2016 by 1.5 percentage points, a victory that helped provide McConnell’s six-year majority that he’s now in danger of losing. He said the realization that he will have spent 18 of 24 years as a politician drove his decision to return to the private sector.

Toomey’s move also puts Republicans at an immediate disadvantage as they survey the 2022 Senate landscape.

Pickup opportunities for the GOP may be limited to Democratic-leaning states like New Hampshire, Colorado and Nevada as well as whoever wins this year’s Arizona Senate election. By contrast, Republicans will have have to defend Toomey’s seat as well as seats held by Sens. Rob Portman (R-Ohio), Ron Johnson (R-Wis.), Richard Burr (R-N.C.), Marco Rubio (R-Fla.), Chuck Grassley (R-Iowa) and Roy Blunt (R-Mo.). Burr has already announced he will retire.

And while Toomey’s retirement is a loss for the Republican Party, it also will leave a void in the Senate, where Toomey remains something of an outlier. Though a die-hard fiscal conservative, Toomey occasionally broke with his party. He is one of just two Senate Republicans still serving that supports expanded background checks on gun sales and is the only member of his conference to oppose Trump’s new trade deal with Mexico and Canada.

His responses to reporters in the Senate hallways are often curt as he dashes from his office to the Senate floor, but he’s also been among the most willing Republicans to criticize Trump, sometimes mildly and other times with gusto. Toomey loathes many of Trump’s tariffs and trade policies, voted to block Trump’s national emergency declaration at the border and said “commuting Roger Stone’s sentence is a mistake.”

Toomey also called Trump’s actions during his impeachment trial “inappropriate,” though he voted to acquit the president. But though he’s clearly not entirely comfortable with the style of the brash president, Toomey said Trump’s conduct had no bearing on his own decision-making.

“I decided early on I am not responsible for the president’s Twitter feed, I am not responsible for editing his comments in any given medium. I work with this president on a regular basis, it’s a very constructive relationship,” Toomey told reporters. “When I’ve disagreed with him, which I have, I haven’t been bashful about saying so. But that has nothing to do with this decision.”