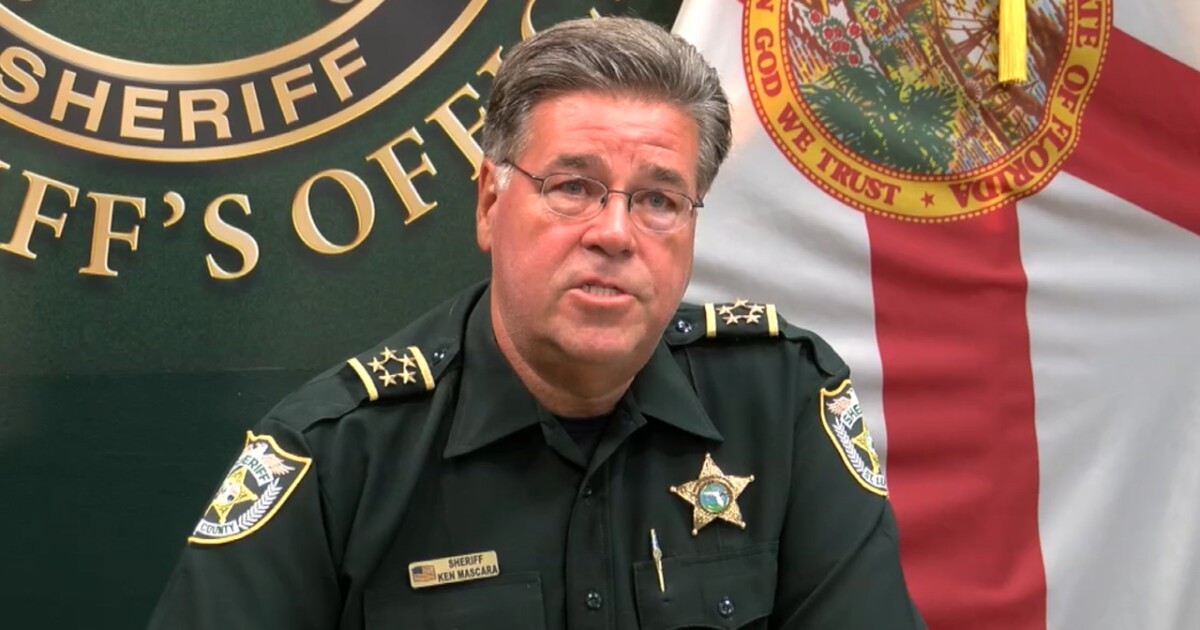 The sheriff spoke on Friday about his health battle and recovery, saying he believes he was infected with COVID-19 while attending the Florida Sheriffs Association Summer Conference, which was held from July 26 to 28 in Bonita Springs in Southwest Florida.

Sheriff Mascara said he traveled to Bonita Springs on July 24 and took part in a series of small meetings before the conference started.

Mascara said he and other law enforcement officials practiced social distancing, adding that he wore a face mask roughly 80% of the time. He would only take it off when trying to better communicate from a distance.

“There were times that you just had to take it off so you could express what you wanted to get out there,” Mascara said.

The sheriff said he drove home on Tuesday, July 28 and began feeling body aches, which he contributed to the three-hour drive.

One day later, he had an “unbelievable” headache and his body aches got worse, followed by a fever.

“It was intense pain,” Mascara said. “It almost felt like someone had beat me with a baseball bat from my neck all the way to my feet.”

Mascara eventually tested positive for COVID-19 on July 31, one week after traveling to the conference.

At one point during his second week of symptoms, Mascara thought he would have to go to the hospital because of severe congestion.

The sheriff said his treatment including high doses of Vitamin C, zinc, aspirin, Gatorade, and an anti-malaria drug called quinine.

Starting on Aug. 5, Mascara started to feel better, and he eventually tested negative twice on Aug. 17 and 19.

Mascara said he’s still not 100% and still suffers from congestion and weakness, but his doctor said he has COVID-19 antibodies so he wants to donate his convalescent plasma, which medical personnel are using to treat coronavirus patients.

According to an investigative report by our news partners at WFTS in Tampa, at least 10 law enforcement officials tested positive for COVID-19 after attending last month’s conference in Bonita Springs, including three Florida sheriffs, the director and deputy director of the Florida Department of Corrections, four FSA staff members, and another unidentified person.

Sheriff Mascara said, in hindsight, the law enforcement conference probably should not have been held.

“I just know I had a lot of people rooting for me, supporting me,” Mascara said. “I feel very blessed to be here.”