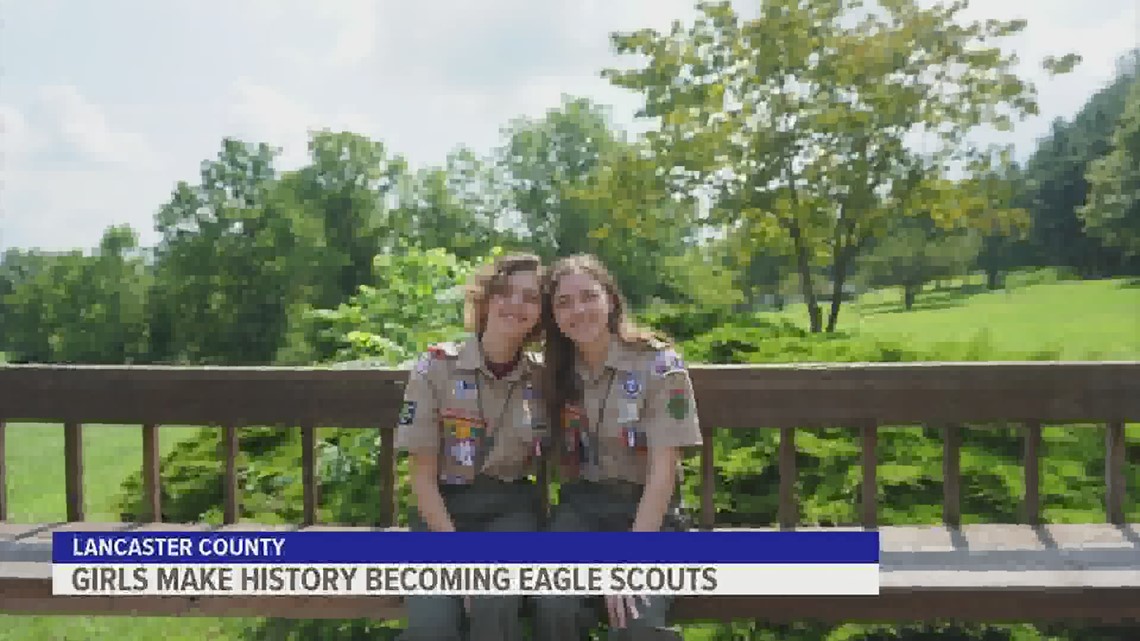 The two young girls are excited for the opportunity of achieving the highly esteemed rank.

They reached the highest achievement in the Boy Scouts of America.

Lauren and Lyndsey Nedrow became the first women to receive the high rank of Eagle Scout in the Pennsylvania Dutch Council. The council supports scouting in Lancaster and Lebanon Counties.

“It’s still surreal,” said Lauren, “It’s been really rewarding to help the troop that we’re a part of because I know when Lyndsay and I were younger we were frequently in the back of the room at our brother’s scouts meetings.”

The two completed their board of review on Thursday.

Both said they are excited about the opportunity to achieve the highly esteemed rank.

“Even when the boy scouts announced when they were letting girls in, we were under the impression that we would only get about 6 weeks actually in the program,” said Lyndsey, “Till we turned 18, getting the highest rank we could earn as tenderfoot.”

The Pennsylvania Dutch Council said this is truly a historic event for the council as well as the Boy Scouts of America.