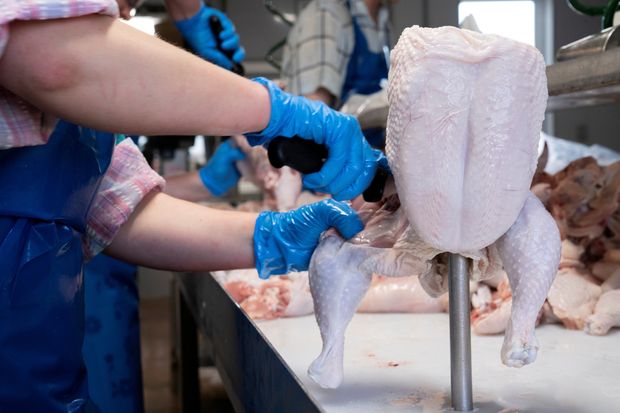 Prosecutors alleged the price-fixing took place from 2012 into early 2019.

Six current and former chicken-industry executives have been indicted on price-fixing charges, according to court documents, expanding the U.S. government’s antitrust prosecutions in the $65 billion poultry industry.

The charges target executives from six different chicken companies, including Pilgrim’s Pride Corp. , and provide new details about the alleged conspiracy. Prosecutors alleged the price-fixing took place from 2012 into early 2019, a longer period than the Justice Department previously had alleged.

Among the individuals charged is Bill Lovette, the former chief executive of Pilgrim’s Pride, who retired in March 2019. Mr. Lovette declined to comment. A representative for Pilgrim’s, the second-largest U.S. chicken supplier by sales, had no immediate comment.

With the new charges, a total of 10 industry officials are facing prosecution.

The indictment, returned by a federal grand jury in Colorado, was dated Tuesday but posted on the court’s docket Wednesday morning.

The charges come after the Justice Department in June announced indictments of four senior poultry industry executives on similar charges, including the then-chief executive of Pilgrim’s Pride, Jayson Penn. Justice attorneys alleged that executives of Pilgrim’s and Claxton Poultry Farms, a smaller chicken company, exchanged prices and other details during the process of bidding on chicken-supply deals for major restaurant chains.

Write to Jacob Bunge at jacob.bunge@wsj.com and Brent Kendall at brent.kendall@wsj.com