If you have never seen “Space 1999“, we suggest you check it out immediately before reading on. For those of you who have, let’s explore the rationale behind some of its spacecraft designs.

How are spacecraft designed?

Before we even begin to attempt to give a brief overview of this enormous subject, it is useful to actually define what the term “spacecraft” actually means.

According to NASA, a spacecraft is “a vehicle or device designed for travel or operation outside the Earth’s atmosphere.”

This can include anything from a manned or unmanned craft, to the Space Shuttle, to nano-satellites. 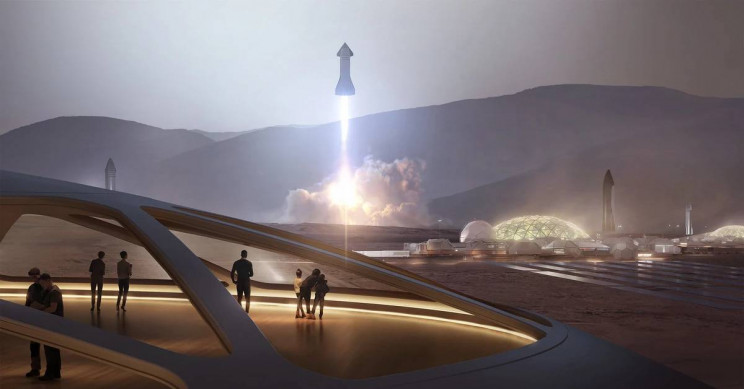 The design of a spacecraft is driven by the intended purpose of the craft once built. For example, will the spacecraft be traveling to low Earth orbit or the Moon? How will it get there? With its own power or by piggybacking a launch vehicle like a rocket? Once in space, how will it be powered? If any, how many people will it carry, and for how long? Will it stay outside of Earth’s atmosphere for an extended period of time? How much and what payload will it carry? What scientific instruments will it need? 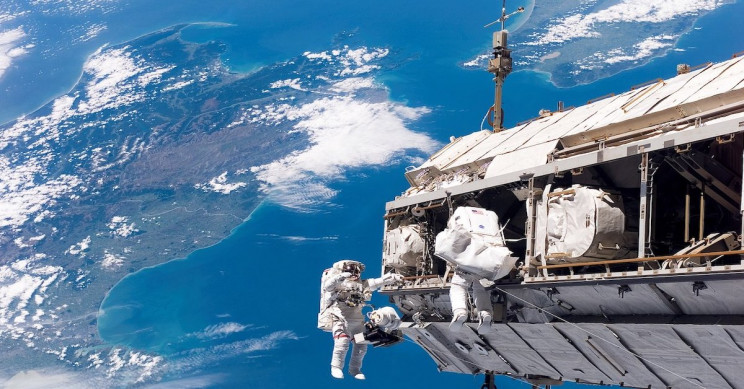 These are but a few key questions that will influence a spacecraft’s design. However, typically most spacecraft designs will have a few key subsystems that need to be considered.

These include, but are not limited to:

Once a mission plan is in place, and objectives are set, engineers from various disciplines will get to work to ensure the craft can meet the requirements of the plan.

This will include considerations of:

To name but a few. 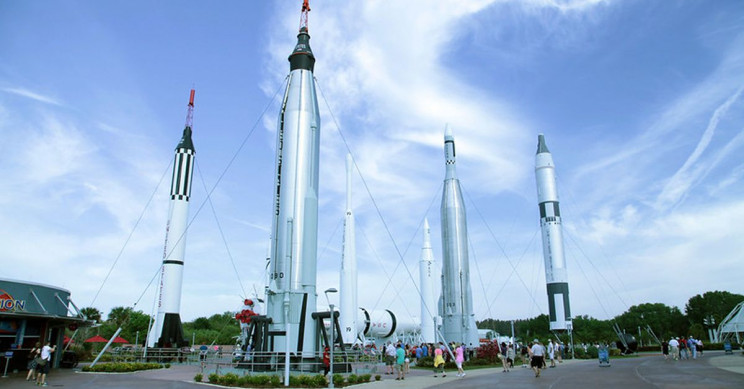 Since spacecraft types and designs vary widely, it is not possible to give a one-size-fits-all explanation of how they are designed. That being said, here is a nice overview of satellite design from Northrop Grumman.

What are the different types of spacecraft?

As you have probably already realized, there are quite a few different types of spacecraft.

These include, but are not limited to: 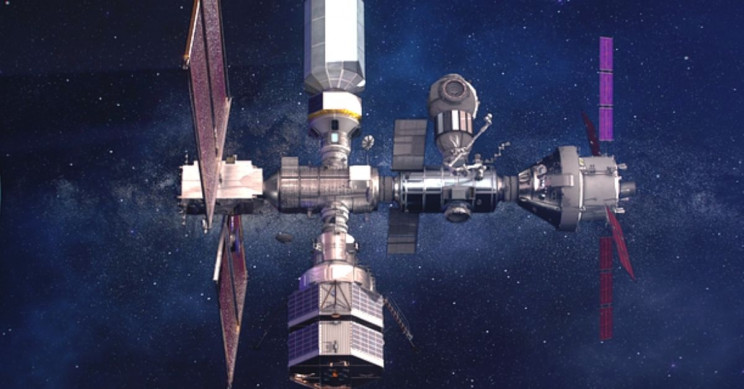 There are also a number of canceled and in-development spacecraft. Some of the most notable canceled types include multi-stage spaceplanes like the Soviet Spiral Shuttle or ESA’s Hermes Shuttle. 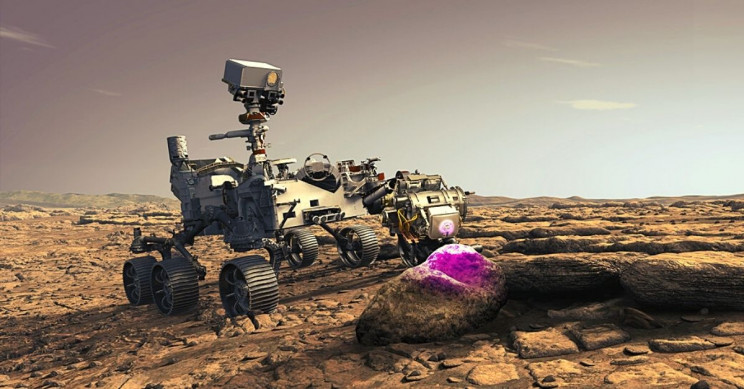 If you have never heard of “Space 1999”, or plan to see it, you are in for a treat. It was a British sci-fi series created in the 1970s by the great Gerry and Sylvia Anderson (of Thunderbirds fame).

Building on the success of their puppet-based creations in the 1960s, “Space 1999” involved real-life actors and various models and props to create an immersive and thoroughly entertaining science fiction television series. 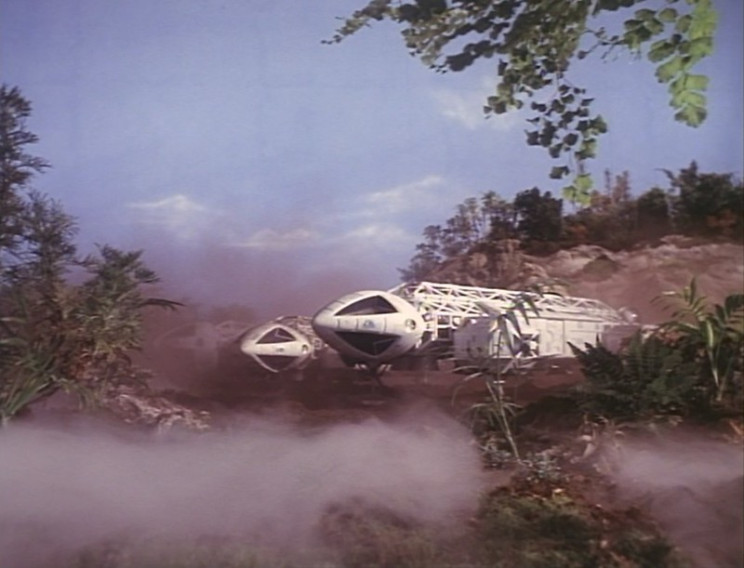 The series follows the trials and tribulations of the crew of “Moonbase Alpha” after a massive nuclear explosion throws the Moon out of Earth’s orbit and into deep space. It received mixed reviews from critics and audiences, and ran for just of two seasons before being canceled.

There is currently talk about rebooting the series in the not too distant future under the title “Space 2099“, but production is yet to begin.

How do “Space 1999” spacecraft designs stand up to real spacecraft?

The TV series “Space 1999” had a variety of now-iconic designs for spacecraft. But while the series is complete fantasy, some very real-world considerations were put into their design.

The most famous spacecraft, “The Eagle Transporter”, for example, could probably pass as a real spacecraft today. And for good reason.

The model was designed by Brian Johnson, who was a special effects supervisor on the set of “Space 1999”. In an interview with the Den of Geek back in 2009, Gerry Anderson explained how the design came to be. 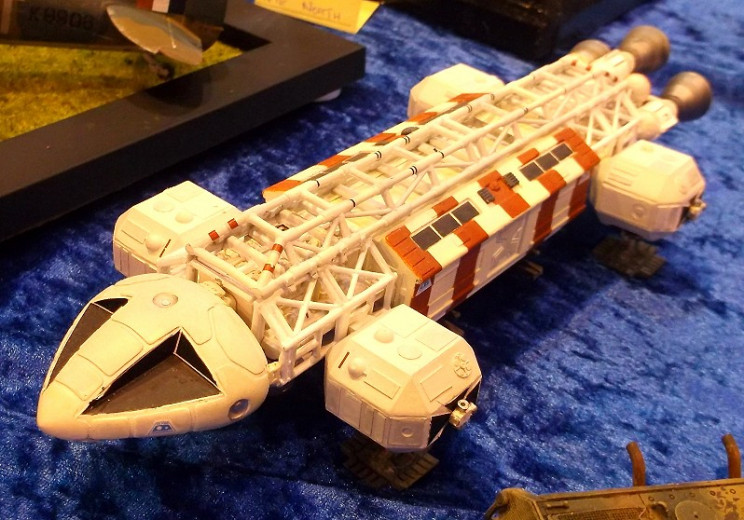 Model of an “Eagle Transporter” from “Space 1999”. Source: Phil Parker/Flickr

“I talked to Brian and told him how I saw it, and he went off and he came back with something utterly, utterly different, inasmuch as it didn’t look like either a rocket or a vehicle or a car or anything,” explained Anderson.

“Because it was designed to move around in space, it didn’t have to be aerodynamic, and therefore there was no point in carrying all the extra weight of a fuselage.”

This spacecraft certainly seems plausible, and it was very popular with fans for the series. In fact, according to Gerry Anderson, the toy model sold very well.

Many of the other craft in the series also appear to have been inspired by real-life spacecraft. The series was made at a time when the Apollo program was still a very recent event.

For this reason, you can see the influence of the 1960s and 1970s NASA engineering designs incorporated into some of the “Space 1999” craft. 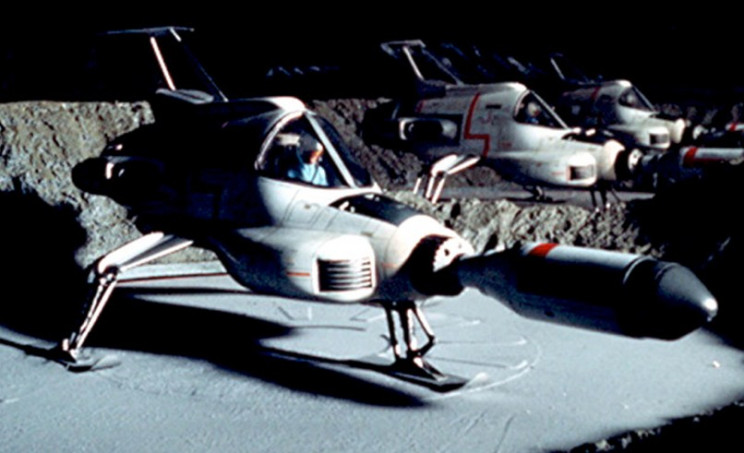 Another iconic spacecraft in the series was the “Moon Mobile”. A cross between a tank and truck, these were the primary surface transport vehicles for the crew of “Moonbase Alpha”.

Designed by Mike Trim, these vehicles were designed in part from his previous work on other Gerry Anderson productions and hints about their capability from the script.

“When I came to design the UFO Mobiles, the scripts said that they were smallish and tracked and I remembered the Joe 90 design and sort of updated it,” said Trim in an interview.

“I knew that they were supposed to be kind of amphibious and able to drive over any type of terrain. I remember Derek had a metallic blue car at that time and it was a very light color blue and it just seemed right for the color of the Mobiles.”

Trim was also responsible for another spacecraft design called the “Moonbase Interceptor”. Also known as SHADO Interceptor, they were supposed to be the primary defense systems for “Moonbase Alpha”. 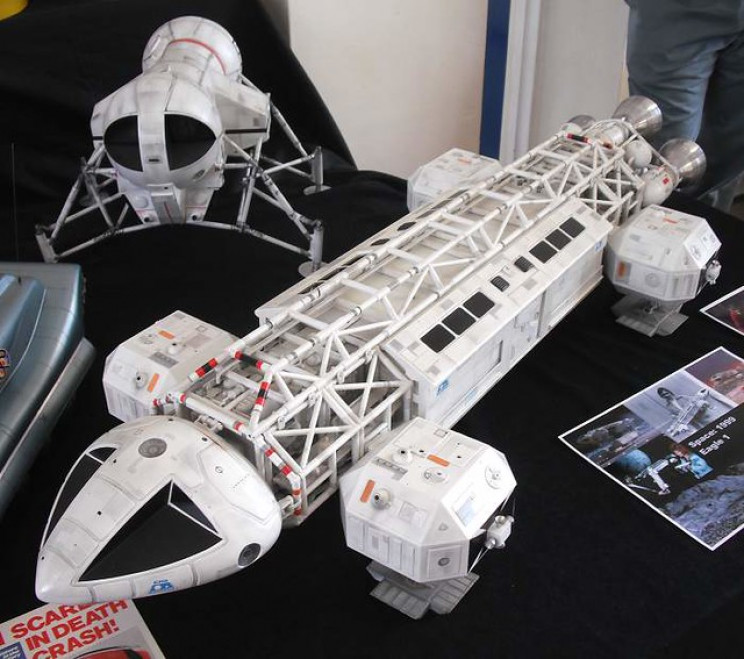 According to the series, each one was a small one-seater spacecraft that was unable to enter Earth’s atmosphere, despite appearing to have a tailplane. The interceptors also came equipped with a self-destroying nuclear missile.

Many of the other spacecraft, apart from the alien ships, followed a similar design concept as the ships already mentioned. Partly inspired by NASA, and partly by the needs of the plot in the series, their design process was somewhat similar to real spacecraft today.

Of course, the designers were only really concerned with their external look and didn’t need to get into the nitty-gritty of many of their subsystems, or have any systems that actually worked.

If we have piqued your interest in the classic sci-fi series “Space 1999”, you can check it out at Amazon or grab yourself a DVD set.

Who knows, it might become your next favorite TV series of all time?