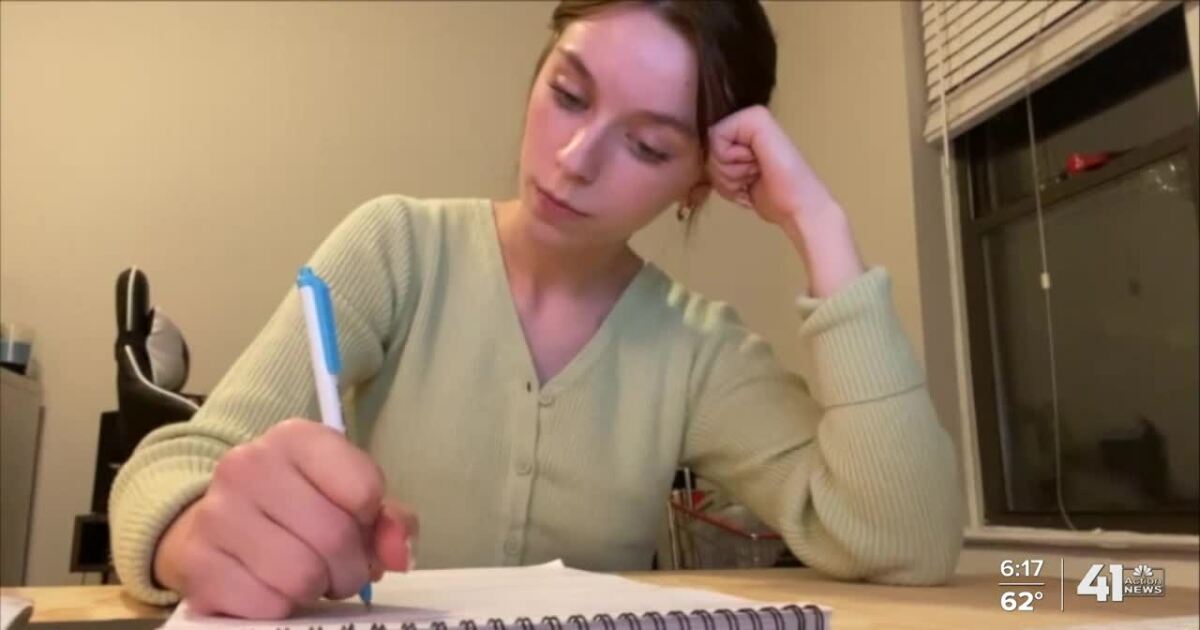 KANSAS CITY, Kan. — UPDATE, Oct. 31 | Miranda Baggett received her absentee ballot late Friday and spent nearly $70 to send it back to Wyandotte County to be counted in Tuesday’s election.

ORIGINAL STORY | Time is running out for a Kansas City, Kansas, resident who’s attending college in Chicago to vote in the Tuesday’s election.

Miranda Baggett wants to vote. But on the Friday before the general election, she hasn’t received her absentee ballot in the mail from the Wyandotte County Election Board.

“I cried about it,” Baggett said. “It was so frustrating. I’m just trying to get this done.”

Baggett, a 21-year-old senior in college at a Chicago-area school, is proud of her KCK roots.

“That’s why I think it’s really important to figure out this whole voting situation, because I want to be able to impact my city,” Baggett, who is eager to vote in her first presidential election, said.

She is a registered to vote and requested an absentee ballot more than three months ago, but she still hasn’t received her ballot as she studies for her midterm exams.

Baggett said she sent her first application for an absentee ballot to the local election board in June. Then, she moved and told us that she sent an updated ballot request with her new address to the Wyandotte County Election Board.

County election officials said they didn’t receive an updated request from Miranda for an absentee ballot with her new address until Monday, one week before the election, so they didn’t know she moved and didn’t have her new address.

A temporary election worker mistakenly told Baggett on the phone that she would not get a replacement ballot, Wyandotte County Election Board officials confirmed to 41 Action News.

That error has been corrected, but not before Baggett called her sister who then reached out to the ACLU.

“I knew that they were going to be the best source for me to remedy this situation for my sister in a really quick and efficient and legally correct way,” Baggett’s sister, Helena Buchmann, said.

ACLU of Kansas Legal Director Lauren Bonds said state law is clear about who can receive a replacement ballot in the mail.

“In Kansas, you are entitled to vote a replacement ballot via mail if it’s lost, if it’s spoiled, if something happens to it,” Bonds said. “They weren’t even offering her that option, and that’s provided under law and that’s why we got involved.”

Anyone having a problem voting can call and speak with an ACLU attorney to try and resolve the problem.

According to Bonds, more than 130 callers have complained about mail-in ballot problems with about half of those calls from Kansas residents who currently live out of state.

The ACLU sent a letter to the Wyandotte County Election Commissioner threatening legal action if Baggett did not receive a replacement absentee ballot.

Election officials said Baggett’s request for a replacement absentee ballot with her new address was mailed on Tuesday, one day after the replacement ballot request was received.

Baggett said she had not received the ballot as of 6 p.m. on Friday.

“She is checking her mailbox religiously at this point and texting me updates every time she does,” Buchmann said.

Baggett said she does have a plan if her ballot does not arrive on Saturday.