Ireland’s Supreme Court has ruled that bread sold by the fast food chain Subway contains so much sugar that it cannot be legally defined as bread. The ruling came in a tax dispute brought by Bookfinders Ltd., an Irish Subway franchisee, which argued that some of its takeaway products – including teas, coffees and heated sandwiches – were not liable for value-added tax.

A panel of judges rejected the appeal Tuesday, ruling that the bread sold by Subway contains too much sugar to be categorized as a “staple food,” which is not taxed.

“There is no dispute that the bread supplied by Subway in its heated sandwiches has a sugar content of 10% of the weight of the flour included in the dough, and thus exceeds the 2% specified,” the judgment read.

The law makes a distinction between “bread as a staple food” and other baked goods “which are, or approach, confectionery or fancy baked goods,” the judgement said.

Bookfinders was appealing a 2006 decision by authorities who refused to refund value-added tax payments. Lower courts had dismissed the case before it reached the Supreme Court.

The ruling comes years after Subway suffered from an onslaught of bad publicity sparked by a food blogger who petitioned the chain to remove a bread ingredient found in many products, including yoga mats. In 2014, the popular sandwich chain phased the chemical out of its bread. 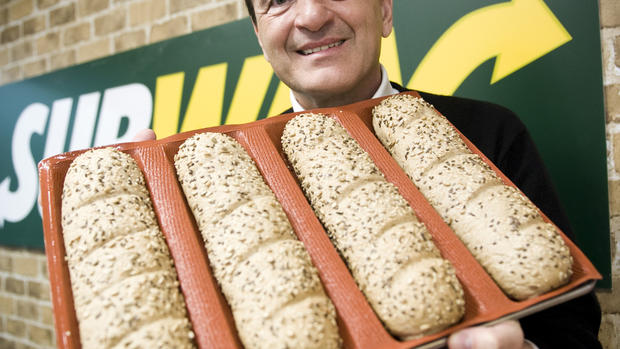