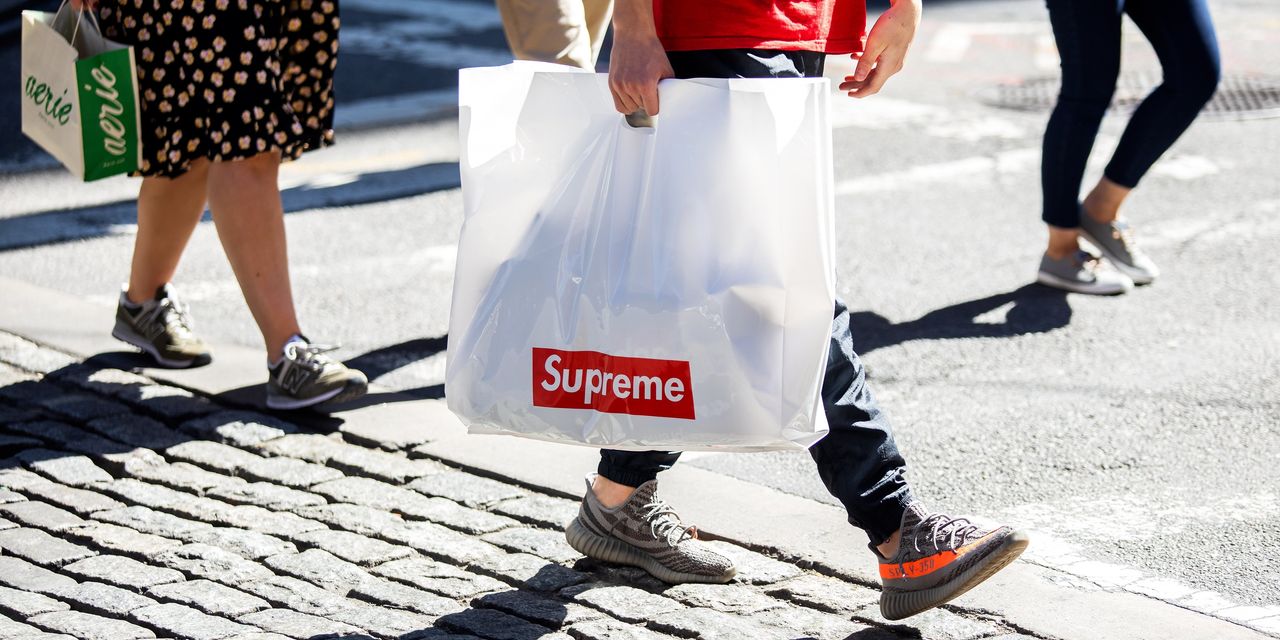 Supreme, a streetwear brand with 12 stores and a cult following, is being sold to the parent company of Vans and Timberland in a deal that valued the apparel company at roughly $2.1 billion.

Founded in New York City in 1994, Supreme is known for its apparel products displaying a red-and-white logo bearing its namesake. The seller of skateboarding T-shirts, hats and sweatshirts has tapped into the zeitgeist of teens seeking hard-to-get looks.

In 2017, Supreme sold a roughly 50% stake to Carlyle for about $500 million, giving it a valuation of nearly $1 billion. Carlyle made roughly two times its money on the investment, according to a person familiar with the matter.

The deal has a so-called enterprise value of $2.1 billion, which includes assumed debt.