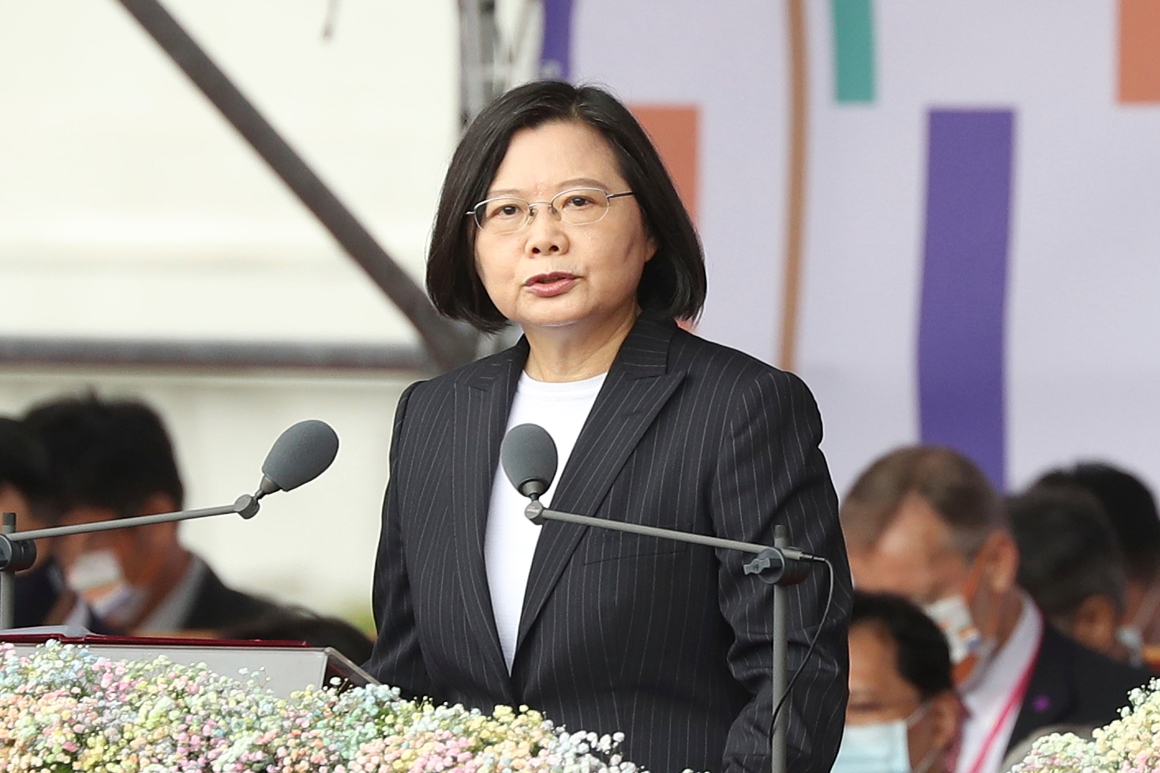 Backstory: In recent months, the Trump administration has stepped up engagement with Taiwan, starting with a visit by Health and Human Services Secretary Alex Azar in August. That made him the highest-ranking U.S. official to travel to the country since 1979, when the United States broke off official relations in favor of mainland China.

However, the White House has stopped short of agreeing to begin free trade talks with Taiwan, despite a public request from the country’s president and letters showing strong bipartisan support in both the House and the Senate.

The Office of the U.S. Trade Representative Robert Lighthizer also has refused to hold a meeting of the U.S.-Taiwan Trade and Investment Framework Agreement Council, a forum set up to resolve bilateral trade irritants but not engage in negotiations on a free trade agreement.

The trade agency’s website says those talks are usually held “at least once a year at senior levels of government.” But the last TIFA Council meeting was in 2016, the year before President Donald Trump took office.

Big mystery: USTR has not responded to inquiries about why Lighthizer has refused to hold TIFA-level talks with Taiwan. His silence was even more notable after Taipei initiated action to remove import barriers to U.S. beef and pork that Lighthizer has said were a necessary prerequisite for free trade negotiations to begin.

But Lighthizer could be wary of upsetting Beijing, which regards Taiwan as a renegade province, and jeopardizing the phase one U.S.-China trade deal that was signed in January.

Patience on port requested: Chen also acknowledged that there was still public opposition in Taiwan to the decision to ease imports of U.S. pork produced with ractopamine.

That has prompted Taiwan’s legislature to review the order before it goes into effect. Taiwan also will impose a stringent labeling requirement on the pork to reassurance consumers, despite USTR objections, he said.

“If all goes well,” the country will implement its new maximum residue levels for the controversial animal feed additive on Jan. 1, Chen said. “In a democracy, sometimes you just have to be patient, and work through the public debate.”

Friday’s agenda: The new U.S.-Taiwan economic dialogue will be led Friday on the U.S. side by Undersecretary of State for Economic Growth, Energy, and the Environment Keith Krach, who in September became the highest-ranking State Department official to visit Taiwan in 41 years.

The countries will discuss a full slate of issues, including how the two countries can work together to fight the coronavirus pandemic and increase production of personal protective equipment and other medical supplies, Chen said.

Other agenda items include the relocation of supply chains to Taiwan from mainland China and how the two countries can work together to create “trusted” 5G telecommunication networks. They also will discuss how to protect the integrity of research activities and to improve the process for screening foreign investment that poses a national security risk.

Next steps: Chen said he was hoping for a meeting with USTR officials while in town, but nothing had been firmed up as of Thursday afternoon.

But at the very least, Taiwan is optimistic the new dialogue with the State Department will continue after the Trump administration leaves office. Last week, Taiwanese President Tsai Ing-wen conveyed her congratulations to Biden for his victory in a phone call with Antony Blinken, his foreign policy adviser.

“We will see a change of government next year, but we expect this dialogue to go on since there’s bipartisan support from the U.S side and full support from the Taiwanese government. So I don’t see any reason not to continue,” Chen said.