Texas company aims to 3D-print buildings on the moon with ‘Project Olympus’ – Space.com 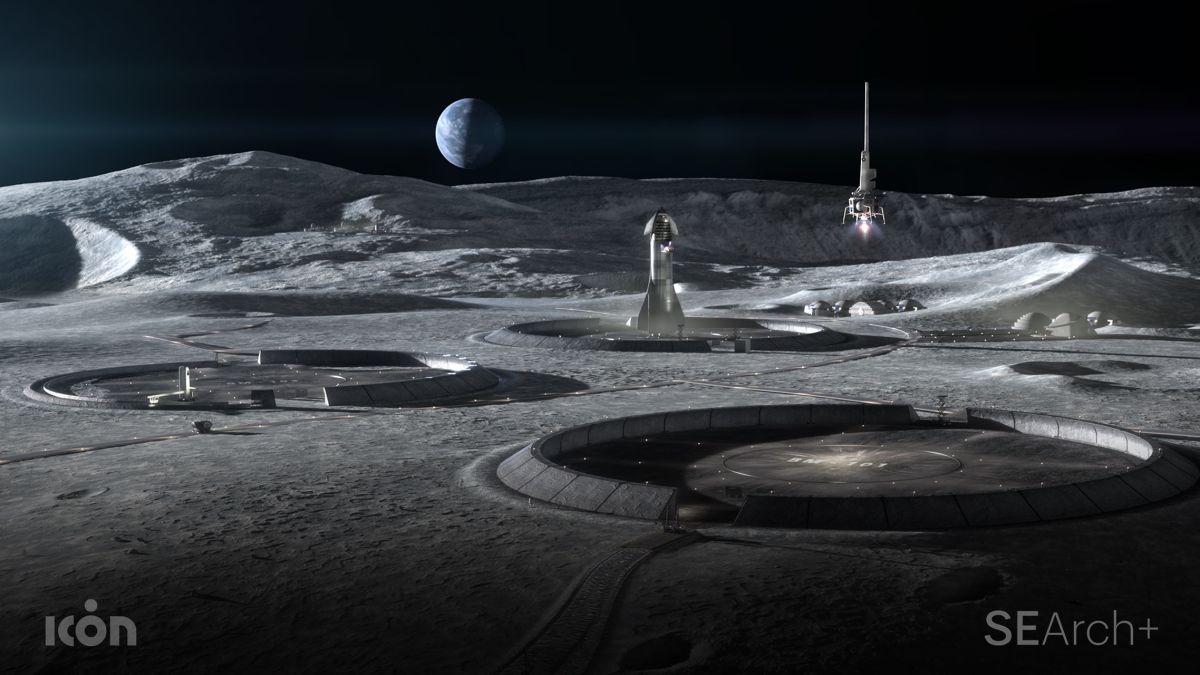 A Texas company aims to take its innovative homebuilding approach into the final frontier.

Austin-based startup ICON, known for 3D-printing houses here on Earth, just launched Project Olympus, an ambitious effort to develop a space-based construction system. The program will eventually help humanity get a foothold on the moon and Mars, if all goes according to plan.

“From the very founding of ICON, we’ve been thinking about off-world construction. It’s a surprisingly natural progression if you are asking about the ways additive construction and 3D printing can create a better future for humanity,” ICON co-founder and CEO Jason Ballard said in a company statement.

“I am confident that learning to build on other worlds will also provide the necessary breakthroughs to solve housing challenges we face on this world,” Ballard said. “These are mutually reinforcing endeavors.”

Project Olympus will get a boost from a Small Business Innovation Research (SBIR) contract that ICON recently signed with the U.S. Air Force to expand the capabilities of its 3D-printing tech.

The four-year deal is worth $14.55 million, according to the Austin Business Journal. (You can find the outlet’s story here, but it’s behind a paywall.) NASA is contributing 15% of the SBIR sum, ICON representatives told Space.com.

NASA’s interest in ICON’s tech makes sense. The space agency is working, via its Artemis program of crewed lunar exploration, to establish a long-term human presence on and around the moon by the end of the 2020s. Making this happen will require extensive use of lunar resources, including water ice (for life support and rocket fuel) and moon dirt (for building materials), NASA officials have stressed.

A similar devotion to “living off the land” will likely be necessary for sustained human exploration of Mars, an ambitious goal that Artemis will inform and advance, NASA officials have said.

As part of the newly announced SBIR deal, ICON will partner with NASA’s Marshall Space Flight Center in Alabama to test a variety of processing and printing technologies using simulated lunar soil. The research will build upon tech that ICON demonstrated in 2018 during NASA’s 3D Printed Habitat Challenge, company representatives said.

“We want to increase the technology readiness level and test systems to prove it would be feasible to develop a large-scale 3D printer that could build infrastructure on the moon or Mars,” Corky Clinton, associate director of Marshall’s Science and Technology Office, said in a NASA statement. “The team will use what we learn from the tests with the lunar simulant to design, develop and demonstrate prototype elements for a full-scale additive construction system.”

Project Olympus will be aided by other partnerships as well. For example, ICON is teaming with two architecture firms on the program — SEArch+ (Space Exploration Architecture) and Denmark-based BIG-Bjarke Ingels Group.

“To explain the power of architecture, ‘formgiving’ is the Danish word for design, which literally means to give form to that which has not yet been given form. This becomes fundamentally clear when we venture beyond Earth and begin to imagine how we are going to build and live on entirely new worlds,” BIG-Bjarke Ingels Group founder and creative director Bjarke Ingels said in the ICON statement.

“With ICON, we are pioneering new frontiers — both materially, technologically and environmentally,” Ingels said. “The answers to our challenges on Earth very well might be found on the moon.”