A police officer employed by a small Texas city has been placed on administrative leave in the shooting death of a 31-year-old man his family said “loved everybody.”

The city offered no details of what happened.

Local media identified the victim as Jonathan Price, 31, after interviewing his grief-stricken family. 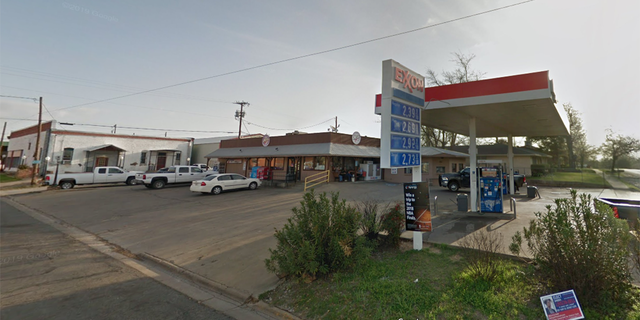 Texas Rangers are investigating a police-involved shooting that took place at this gas station in the City of Wolfe City. (Google Maps)

“Didn’t think that was the last time I would see him, he was walking out to the truck, going with his friends with a smile on his face … he always smiled … now he’s gone,” his mother Marcella Louis said, Fox 4 Dallas reported.

The incident began Saturday afternoon when Price saw a man strike a woman at a gas station and intervened, the family told the station.

As Price tried to break up the fight, an officer pulled up, the station reported. His family said the officer may have thought Price and the other man were fighting each other.

A Taser was deployed and then the officer fired shots, the family said, according to the station.

Those who knew Price described him on social media as someone who was a mentor and worked for the city, the station reported. Those who were at the scene said he was doing the right thing.

“Everybody loves Jonathan, everybody, Black, White, Mexicans, everybody. It don’t matter, he loved everybody, and they loved him,” his sister April Louis said.

“What’s really sickening is that he was doing the right thing,” Middlebrooks said, according to the station. “He saw a man putting his hands on a woman and stepped in to stop the altercation. The man then fought him … then the police shot him. He was unarmed. I’m heartbroken.”