Health has always been a big focus for the Watch, and it’s evident that Apple appreciates how important that is for customers. The new watchOS 7 already featured hand-washing detection and sleep tracking, and this new Apple Watch takes health monitoring functionality even further.

Alongside Series 6, Apple announced the $279 (starting) Apple Watch SE and Series 3 will stay as the entry point at $199. Full details on the SE are below the fold. There’s also a USB power adapter included in the box for any of these Apple Watches, just the cable will stay.

And yes, before we dive in deeper: The Apple Watch Series 6 retains all the features from the Series 5 minus Force Touch. 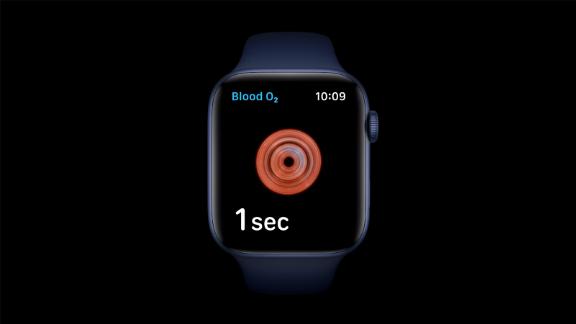 Apple Watch Series 6 delivers blood oxygen monitoring right from your wrist. Also known as SpO2 tracking, it monitors the amount of oxygen in your blood. It’s a nice addition to the suite of health tracking, and a timely one, as some doctors have indicated that low blood oxygen levels can be a potential sign of Covid-19.

Apple says a blood oxygen measurement can be recorded in just 15 seconds, done with an updated sensor on the rear of the Apple Watch. That’s the same location as the heart rate sensor, which also takes electrocardiogram (ECG) right from your wrist. SpO2 joins ECG, heart rate tracking, sleep tracking, fitness tracking and hearing health. 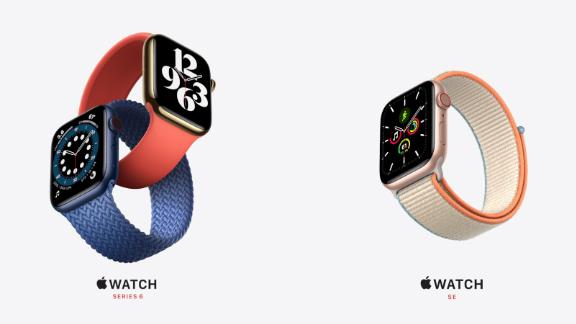 Apple Watch Series 6 will be running watchOS 7 out of the box and is powered by the S6 processor. It’s a full system on a chip, made in-house by Apple, similar to the chips that power the iPhone and iPad. To be specific, it’s a 64-bit dual-core processor and should be 20% faster than the previous S5 processor in the Series 5. Those coming from a Series 3, 4 or earlier model should see even better improvements.

That chip will be powering an upgraded always-on display and an always-on altimeter. The always-on display premiered on Series 5, and in our review, we noted that it felt more like a traditional timepiece than ever before. New watch faces are also available on the Series 6. Among them, there’s a Typography face that focuses in on different numeral styles, and a Memoji face that features your own personal avatar. We’re jazzed about the latter. And as before, watch faces are shareable.

Apple also introduced Family Setup for Watch. With this feature, an iPhone is no longer required for each functioning Apple Watch. You can handle setup from one iPhone, and family members can be given a Watch with a separate number and Apple ID. In the realm of parental controls, you can turn on location notifications and monitor and limit who family members can chat with. Family Setup will also retroactively work with Apple Watch Series 4 and later.

You can preorder it right now, and it will begin shipping on September 18. Apple Watch Series 6 starts at $399 for the 42mm GPS variant, and we’ll break down all the models below. 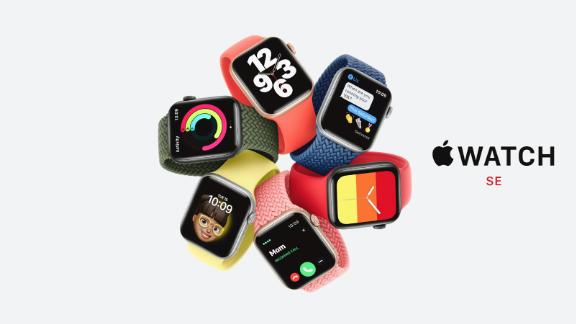 Apple also announced a second new Watch. Like the affordable iPhone, the Apple Watch SE combines the best of Series 6 with affordability. It’s powered by the S5 chip (the chip that powers Series 5) and should run watchOS 7 swimmingly, and it’s available in the same two screen sizes: 42mm and 44mm.

Watch SE doesn’t snub features in the health department. It will have the latest motion sensors for fall detection support and can take heart rate measurements. Sleep tracking support is also here. 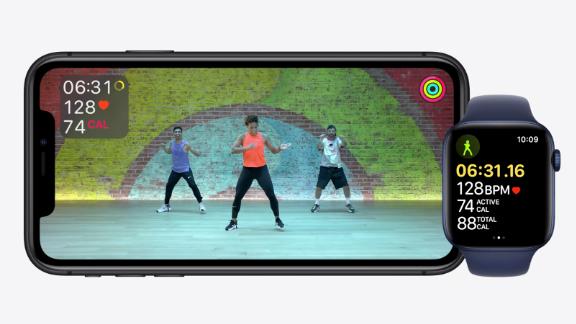 Apple clearly has smart exercise equipment like the Peloton in its sights with its Fitness+ service, announced today along with the new watches. Workout classes with renowned trainers are available right from your wrist and can be streamed to other Apple devices as well, including the iPhone, iPad, Mac and even Apple TV.

The tracking and monitoring, kind of unbelievably, all happens on your wrist. Starting the video on your device will sync with the Apple Watch and have it start tracking a workout. Yoga, Cycling, Dance, Treadmill, Core, Strength, HIT and Rowing are all workout options.

Fitness+ will be $9.99 a month or $79.99 a year and launches later this year. Purchasing an Apple Watch gets you three free months of Fitness+.

Apple One lets you put all of the services together. Apple Music, New+, TV+, Apple Arcade, Fitness+ and Storage. We’ll break this down soon, but it should offer some savings.