Until recently, some of most intricately embroidered fabrics in the world, like those found in garments designed by Giorgio Armani, Valentino, Etro and Prada, have come out of a duplex apartment complex in Milan, the home of a small business called Pino Grasso Ricami.

That came to a crashing halt at the end of February as the coronavirus took hold in Italy. “One by one, the brands all closed their doors. The phone stopped ringing,” Ms. Grasso said. “Suddenly, everything stopped.”

Almost three months later, the lockdown has started to ease, and the skilled seamstresses with decades of experience in their hands have returned. But so far, the work hasn’t. Orders from clients are down 80 percent.

“Nobody wants to spend money right now,” Ms. Grasso said. “Especially because we are expensive relative to rivals in countries like India. We will fight, of course, but it is going to be a struggle for businesses like ours to survive.” 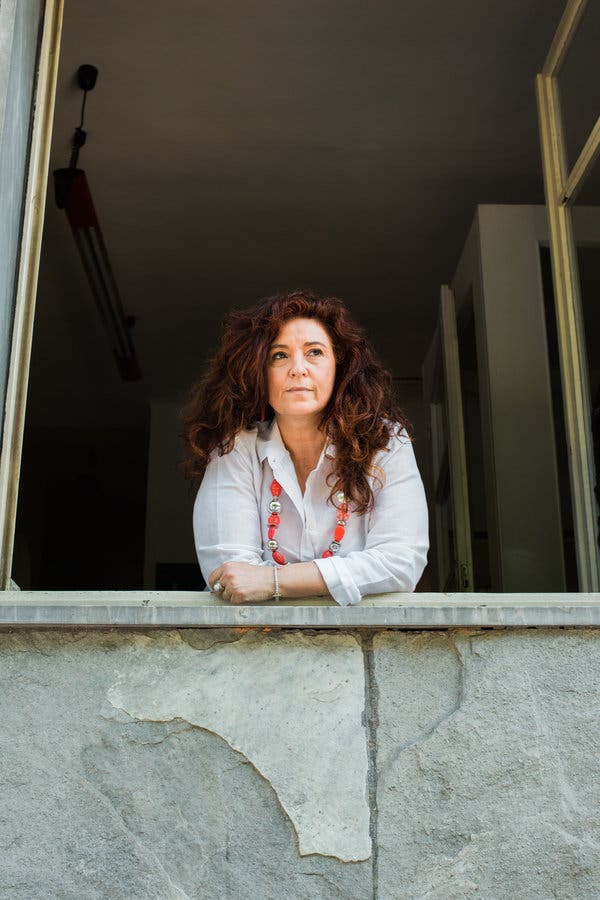 Italy’s 165 billion euro ($180 billion) fashion industry is known to the world for its glamorous brands, but it is built on a vast and tightly woven network of designers, manufacturers, distributors and retailers, large and small, that help make up the backbone of Europe’s fourth-largest economy. For these companies, for this style of doing business, the future has never looked more uncertain.

Production of fashion collections have been either delayed or scrapped by large global fashion retailers and luxury brands. With the July couture shows in Paris canceled, and a cloud of uncertainty hanging over the fashion weeks in September, many specialist workshops like Pino Grasso remain in limbo.

Italy’s fashion manufacturing sector is expected to contract by up to 40 percent this year, said Claudia D’Arpizio, a partner at the consulting firm Bain & Company.

“It is a very worrying situation,” she said, adding that beyond luxury artisans was a vast ecosystem of export-orientated factories producing everything from metal hardware for accessories to rubber footwear soles.

“The big brands are enduring tough times but generally have some liquidity and a strong consumer profile,” Ms. D’Arpizio added. “However, they all have networks of small suppliers scattered all over Italy. Those are the businesses more likely to disappear.”

More than 40 percent of global luxury goods production takes place in Italy, according to the consulting firm McKinsey, with the “Made in Italy” label a source of passionate national pride (despite controversies in recent years).

But while the government has pledged €740 billion in loans, grants or payroll support to keep the national economy afloat, many small-business owners say red tape is holding up the assistance.

Shoppers waiting to enter stores in Milan. Italy accounts for more than 40 percent of the world’s luxury goods production, according to McKinsey.Credit…Marta Giaccone for The New York Times

In the fashion sector, this has increased pressure on larger companies to offer support for smaller suppliers. The big brands, though, say they must also manage their own operations amid plummeting sales.

“This has been one of the toughest periods in our company’s history,” said the chief executive of Prada, Patrizio Bertelli. The company had to close most of its stores worldwide, and has begun to reopen manufacturing sites, some of which were used to make personal protective equipment.

Salvatore Ferragamo, which financed the refurbishment of two hospital wards in Florence and donated 50,000 units of hand sanitizer, shut down its global store network, and a 30 percent slump in sales in the first quarter prompted lease renegotiations with its landlords.

Ferragamo’s chief executive, Micaela Le Divelec Lemmi, said the company must find a way to phase in the fall collections to stores while dealing with high levels of unsold 2020 inventory — and support its suppliers by making prompt payments and restoring production as quickly as possible. It is, she said, a constant balancing act.

Ms. D’Arpizio of Bain said she expected a flurry of acquisitions by brands to help suppliers in distress, possibly saving jobs in a struggling communities and even strengthening the national luxury sector for the longer term.

But for now, these smaller companies have had to make heavy investments to meet government-mandated protections as workers return to their stations.

Social distancing at Prada. “This has been one of the toughest periods in our company’s history,” its chief executive said.Credit…Anna Catalano/Prada

Bonotto, for example, makes two million meters of fabric per year for clients such as Chanel, Gucci and Louis Vuitton. When the 200 workers returned two weeks ago to the factory, near Vicenza, the space had been fully sanitized, with masks and gloves for workers, staggered entrance and exit times, and strict social distancing measures.

“We want to get back stronger than ever, despite the fact we have received many cancellations for orders in recent weeks,” said Giovanni Bonotto, the creative director.

Sara Giusti, one of three sisters who run AGL, a women’s footwear brand that the family has owned for three generations, said the company had been relatively lucky: Most of its spring and summer orders had been shipped to retailers before the shutdown. The factory, in the hills of Marche overlooking the Adriatic, now has a health-monitoring system that’s like “another world,” Ms. Giusti said.

But between honoring orders made with suppliers, investing in the safety of AGL’s 110 employees and dealing with the cancellation of orders for fall collections, business is tough.

Bonotto sanitized its factory, provided masks and gloves for workers, and staggered their entrance and exit times.Credit…Gavasso Marco/Bonotto

“In companies like ours, your workers are like family — some of them have known you since you were knee high — so you want to do everything in your power to protect them,” Ms. Giusti said. “But my greatest fear is if there was a second wave of infections and we had to completely close once more.”

“We managed to reopen this time,” she added. “I don’t know if we could do it again.”

Italy’s fashion retailers, too, are slowly reopening after a brutal spring season, when sales fell as much as 70 percent, according to McKinsey.

With tourist travel likely to be decimated this summer, and many locals tightening their purse strings, many shops could be forced to offer steep discounts or close for good.

Carla Sozzani, founder of the famed Milanese store 10 Corso Como, has spent weeks reconfiguring its layout (which includes a restaurant) to accommodate social distancing, and negotiating with the brands she stocked “on a case-by-case basis.”

The 10 Corso Como store in Milan has been redesigning its interior to allow for social distancing.Credit…Federico Ciamei for The New York Times

One silver lining was that Italy’s starting date for summer sales has been postponed about a month, to Aug. 1, so retailers can try to recoup the two months of earnings that the lockdown cost them.

Still, Ms. Sozzani was unsure what to expect when shoppers return.

“I don’t know if people will just run out and buy three jackets or dresses anymore after being in lockdown for so long,” she said. “I think many people feel quite traumatized, and their priorities might have changed.”

Longer term, Ms. Sozzani added, there needs to be a re-evaluation of the seasonality and cycles that had already driven the industry near a breaking point.

“There were too many trends, too many collections, too many fashion weeks,” she continued. “Perhaps this crisis will create a new consciousness, a focus on moderation and better quality.”

The Italian fashion industry was already reassessing its social and environmental footprint before the pandemic. But the crisis has accelerated a shift in the balance of power away from the midsize independent luxury brands on which Italy had built its reputation and toward French conglomerates like Kering and LVMH, which have better financial resources and more flexibility across global supply chains.

For Ms. Grasso and her family embroidery atelier in Milan, the situation remains precarious. Although she has received some state support, orders have only trickled in. Her team had even considered starting its own dressmaking service, though that would require yet more money that it just did not have.

“We are tentatively making new sketches and swatches, but we don’t know yet what fashion designers are planning for the seasons. Will they be bright and hopeful, or somber?” Ms. Grasso said. “We cannot predict the future. All we can do is hope and wait.”