Air fryers have been wowing us with their ability to serve up food that’s as crispy as our fried favorites but with way less fat — think from 70% less or so. If you’ve been thinking of getting one, now’s the time: Prime Day has big markdowns on some of the most popular air fryers, including models from brands like Cosori and Instant Pot.

If you’re new to air fryers, a quick 101: Rather than dousing everything in oil (they only require a teaspoon or so), air fryers circulate hot air around like a convection oven for just-as-incredible results. (Really.)

Don’t believe us? Now’s the time to try it yourself. And for a full list of notable Prime Day deals, check out our complete guide here. 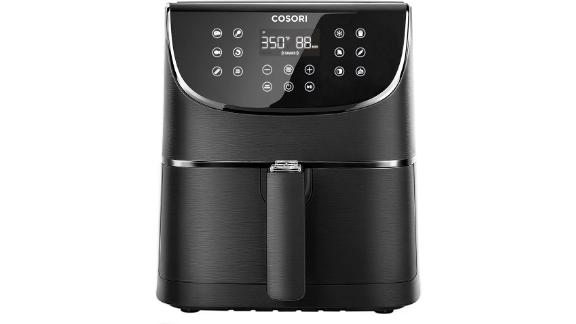 This 5.8-quart, WiFi-equipped air fryer can be controlled through voice commands to Amazon Alexa or Google Assistant, meaning you can keep an eye on things (and even adjust them) from afar. Things get even easier with 11 preset cooking settings, which include french fries, bacon and bread (yep, even bread). It’s a great model for tighter kitchen spaces, thanks to a slim profile and easy-to-view screen. We also like its thoughtful features — like a reminder to shake the basket for even crisping. 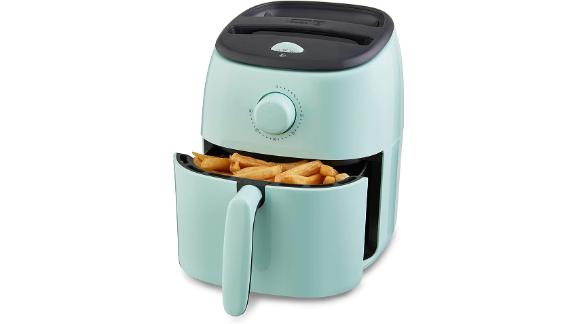 This is one appliance you’re not going to want to keep in the cupboard. Dash’s air fryer has minimalist looks and a great color range that has your usual gray, white and black as well as bolder shades like robin’s egg blue and a bold red.

With a relatively small 2-quart basket (that still holds 12 chicken wings) and a small countertop footprint, it’s great for tight kitchens, campers and dinner for up to four. Controls aren’t fancy or digital — just set the temp and timer to get going. For a little bigger basket (3 quarts), check out the Deluxe model, also on sale ($58.49, originally $89.99). 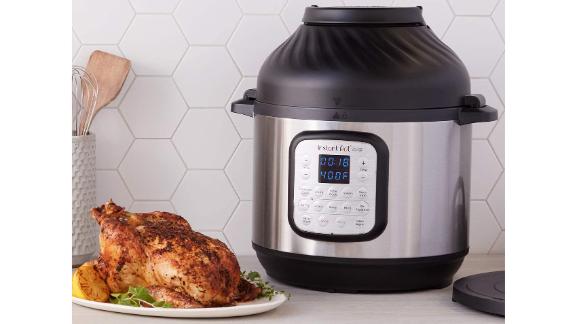 One of the most feature-filled models on sale for Prime Day, the famous Instant Pot gets even better by adding an air fryer to its long list of programs. Speaking of, there are 11 one-touch cooking settings that include air frying with EvenCrisp technology, plus slow cooking, roasting, steaming and dehydrating. It’s a great choice for families, thanks to its large size — enough to feed eight — and dishwasher-friendly design. 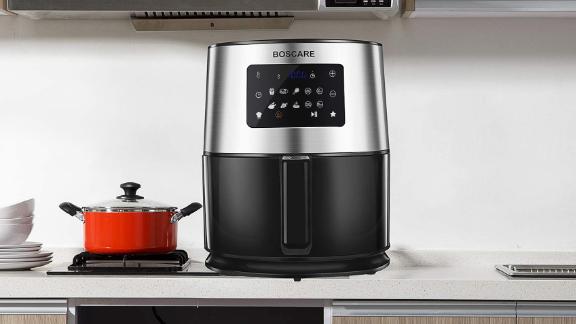 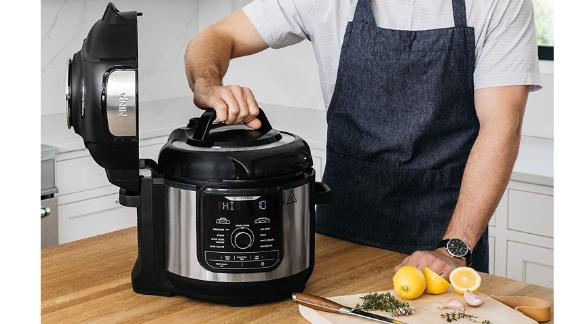 If you want to get really fancy, this top-of-the-line Ninja appliance comes in a large 8-quart size, complete with a crisp basket and a reversible rack that lets you steam, broil, layer meals or TenderCrisp up to eight chicken breasts. Beyond making yogurt, sautéing, pressure cooking and steaming (among other functions), you can roast a whole chicken in here too: The basket holds up to a 7-pounder. For inspiration, the Ninja also comes with a cookbook outlining 45 different recipes to try out.