The Great Wonders Beyond the Great Reef – The New York Times

What lies off Australia’s Great Barrier Reef, in the Coral Sea? The region was mostly unexplored and uncharted until a recent expedition searched its dark waters, uncovering an abundance of life, weird geologic features and spectacular deep corals. The deepest forays reached down more than a mile.

The expedition was organized by the Schmidt Ocean Institute, founded by Eric Schmidt, the former chairman of Google, and his wife, Wendy. Its centerpiece was a ship, nearly the length of a football field, that could map the remote seabed with beams of sound and deploy tethered and autonomous robots to capture close-up images of the inky depths.

“It blew our minds,” Robin Beaman of James Cook University, the expedition’s chief scientist, said in an interview. “We’ve gone from literally knowing nothing to knowing a lot.”

An earlier leg of the expedition found a gelatinous creature whose length was estimated at 150 feet — potentially the world’s longest example of oceanic life.

The Coral Sea lies northeast of Australia, adjacent to the Great Barrier Reef, and includes a vast protected zone known as the Coral Sea Marine Park. The investigation of its depths ran from late April to mid-June. In an apparent global first, the expedition was conducted remotely because of the coronavirus pandemic. A team of eight Australian scientists worked from their homes and linked up wirelessly with the Schmidt institute’s research vessel Falkor. The setup let them direct, in concert with the ship’s crew, the mapping, as well as the streaming of live video from a tethered robot, opening the dark abyss to human eyes. 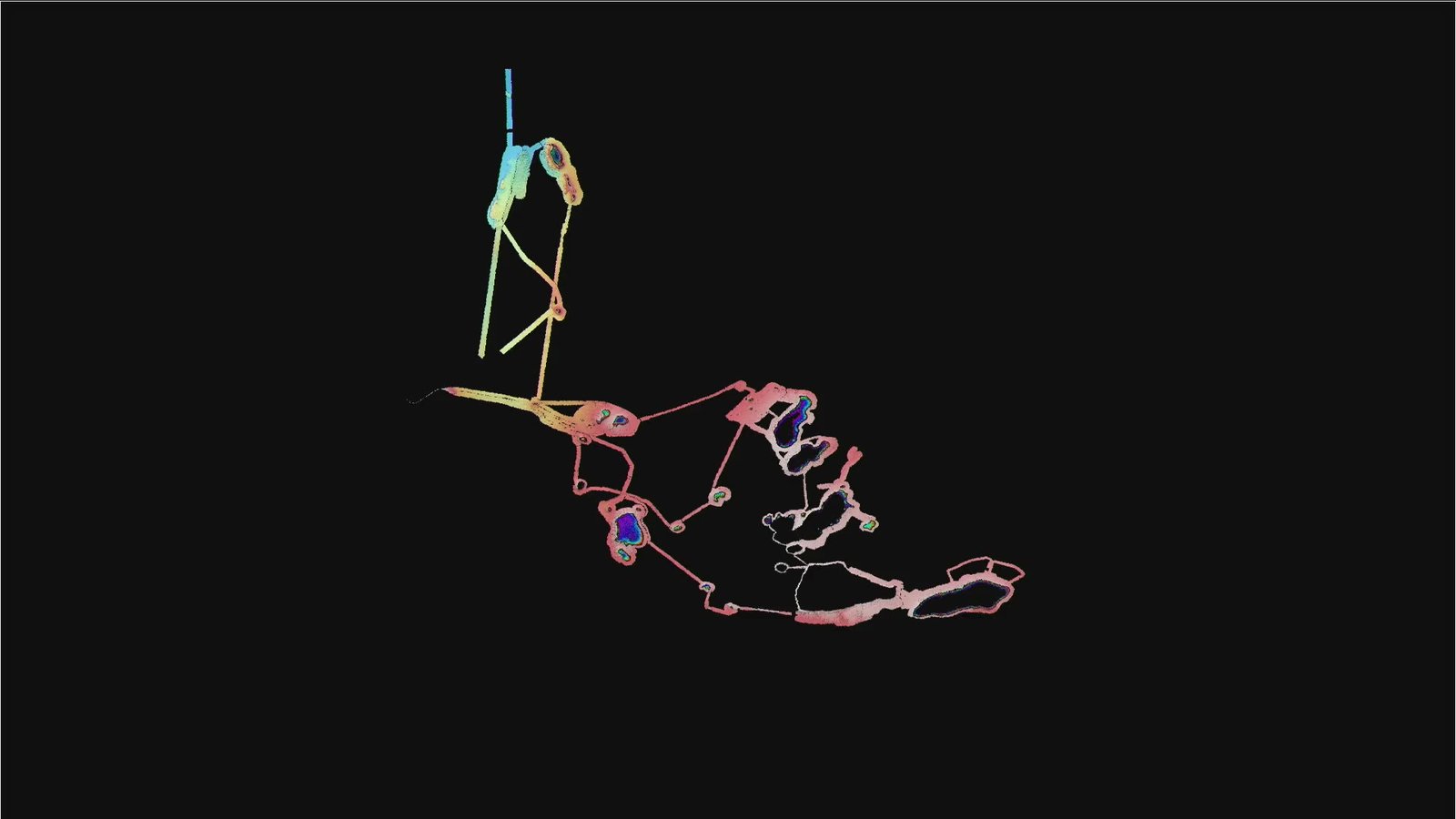 A 3-D bathymetric map of the Queensland Plateau in the Coral Sea Marine Park, covering more than 13,000 square miles and 30 coral reefs at depths up to 9,000 feet. Video by Schmidt Ocean Institute

Dr. Beaman said the arrangement drove him a little bit crazy because he was stretched between doing household chores and savoring the undersea wonders.

“I’d be washing dishes and want to go back,” he recalled. “I’d call to my family and say, ‘Hey, look at this, look at this beautiful imagery.’ There’d be a nautilus bobbing up and down or a deep-sea squid flying across the screen.”

The region’s thriving population of chambered nautili was a big surprise, Dr. Beaman said. The creature is a living fossil whose ancestors go back a half-billion years — to the early days of complex life on the planet, when the seas were warm. The logarithmic spiral of the animal’s pearly shell echoes the curved arms of distant galaxies, and its beauty has turned the nautilus into a prized commodity, with some of its populations decimated by hunting and trapping. Marine biologists have debated whether the creature should be listed as an endangered species.

“They were everywhere, bobbling around,” Dr. Beaman said of the nautili. “They’re really beautiful animals to look at.” The expedition, he added, had explored a protected zone hundreds of miles off Australia’s coast. The remoteness from civilization helped safeguard the area’s inhabitants and probably explained why the nautilus population was booming. 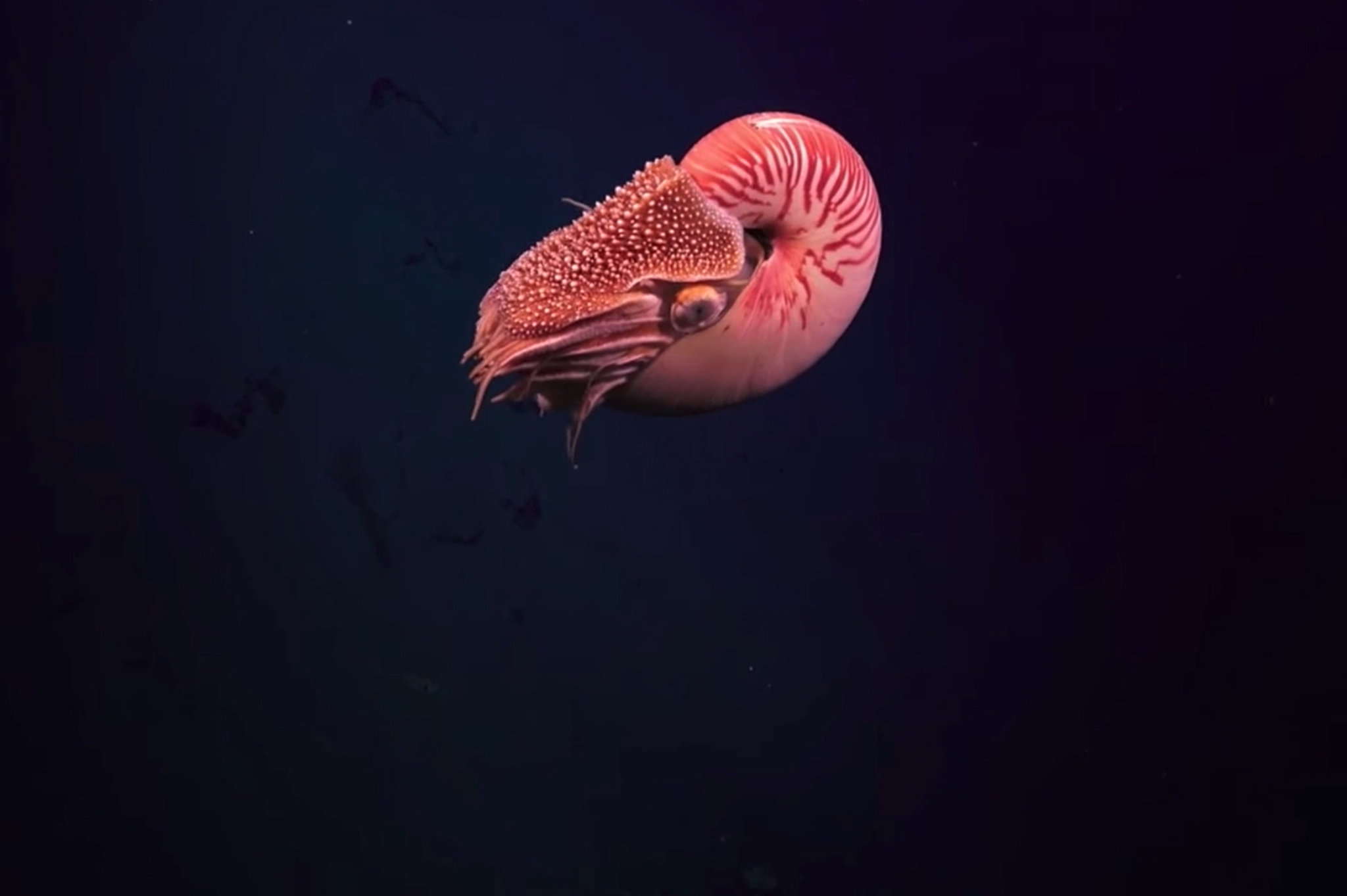 The abundance of nautiluses surprised the scientists, who guessed that the remoteness of their location helped safeguard the population. Video by Schmidt Ocean Institute

In all, the expedition mapped more than 13,000 square miles of seabed — an area bigger than Massachusetts — and transformed unknown waters into carefully evaluated realms of Australia’s marine wilderness. Most coastal nations have no research vessels, and thus little ability to explore the sunless depths of their own backyards.

Dr. Beaman said that another surprise was the raw complexity of the deep seabed around the region’s 30 large coral atolls and banks. The expedition found submarine canyons, dune fields, submerged reefs and massive landslides.

“We had no idea what these steep flanks looked like,” he said. “We were astounded. There’s lots of evidence of undersea landslides, some probably millions of years old. You could see that, as the reefs have grown, big, big parts of them have collapsed.”

The team also found the deepest living hard corals in eastern Australian waters and identified as many as 10 new species of fish, snails and sponges.

In the interview, Dr. Beaman noted that the process of discovery from the expedition had only begun; widening circles of scientists and students were now starting to examine the new seabed maps and the days’ worth of video recordings from the robot’s abyssal dives.

“The imagery will be worked on for years,” he said. “It was an amazing experience.”