The latest on Hurricane Delta 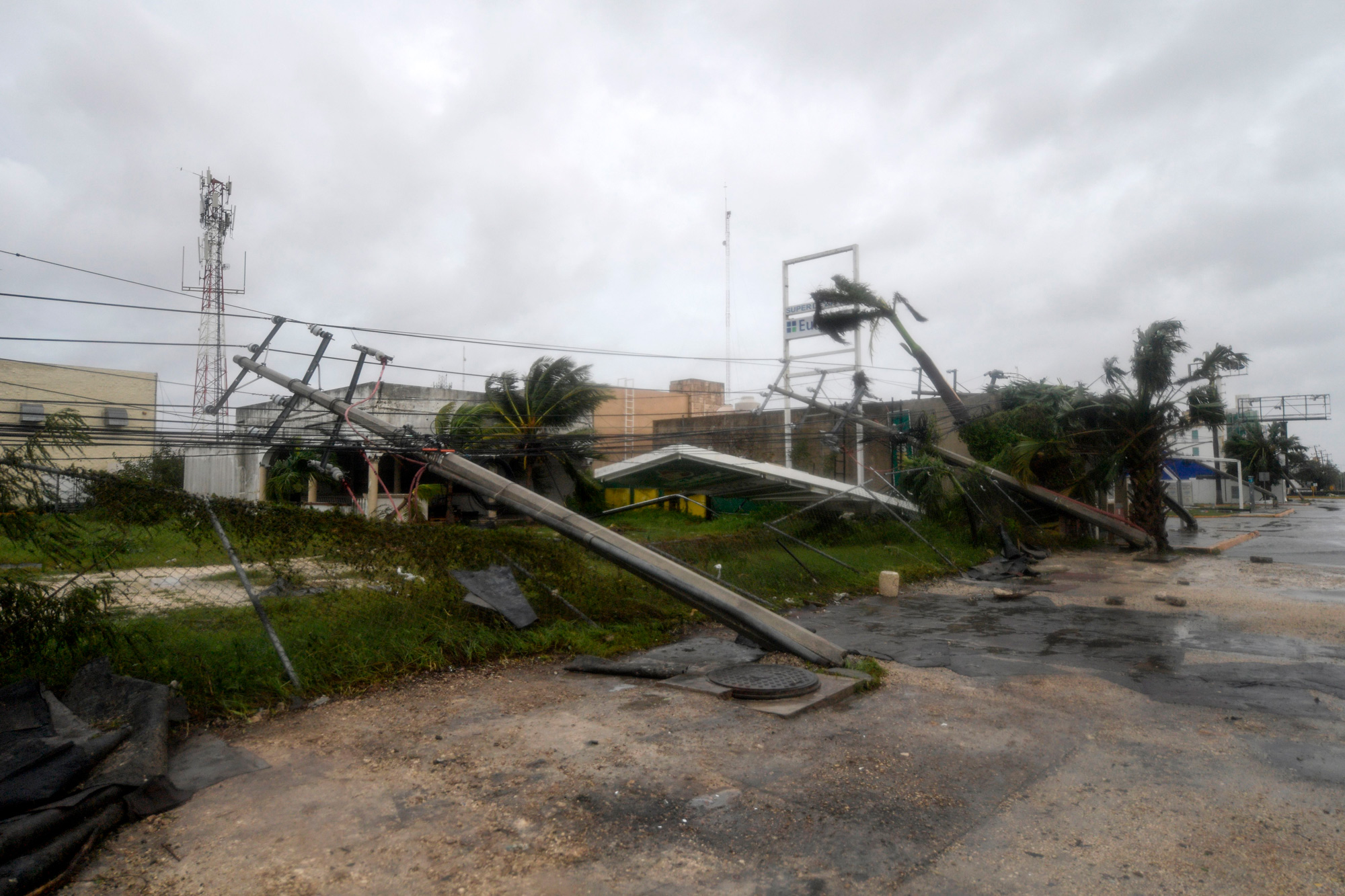 Fallen power lines and trees are seen after the passage of Hurricane Delta in Cancun, Quintana Roo, Mexico, on October 7. Pedro Pardo/AFP/Getty Images

There are so far no reports of serious injury or deaths after Hurricane Delta made landfall in Mexico’s Yucatán Peninsula Wednesday morning as a strong Category 2 storm, according to the governor of Quintana Roo state.

Quintana Roo is a state on the eastern Yucatán Peninsula in southeastern Mexico, home to multiple tourism hotspots.

Gov. Carlos Joaquín González did say that there were widespread reports of power outages in Cancun, Playa del Carmen and Cozumel. He also said there were lots of fallen trees and electricity poles as well as reports of flooding in Cozumel.

The governor said clean up and reconstruction efforts were being launched. Authorities are already working to clear fallen trees from roadways, he added.

González also said a clearer picture of the full impact of Hurricane Delta would be known in the next few hours. He asked residents to stay home and indoors for now, saying it wasn’t yet assured that the state was out of danger.

Describing the hurricane, the governor said, “We hope it leaves soon. This is the one kind of visitor that we don’t like and hopefully it will leave soon.”