The latest on Trump’s Covid-19 diagnosis 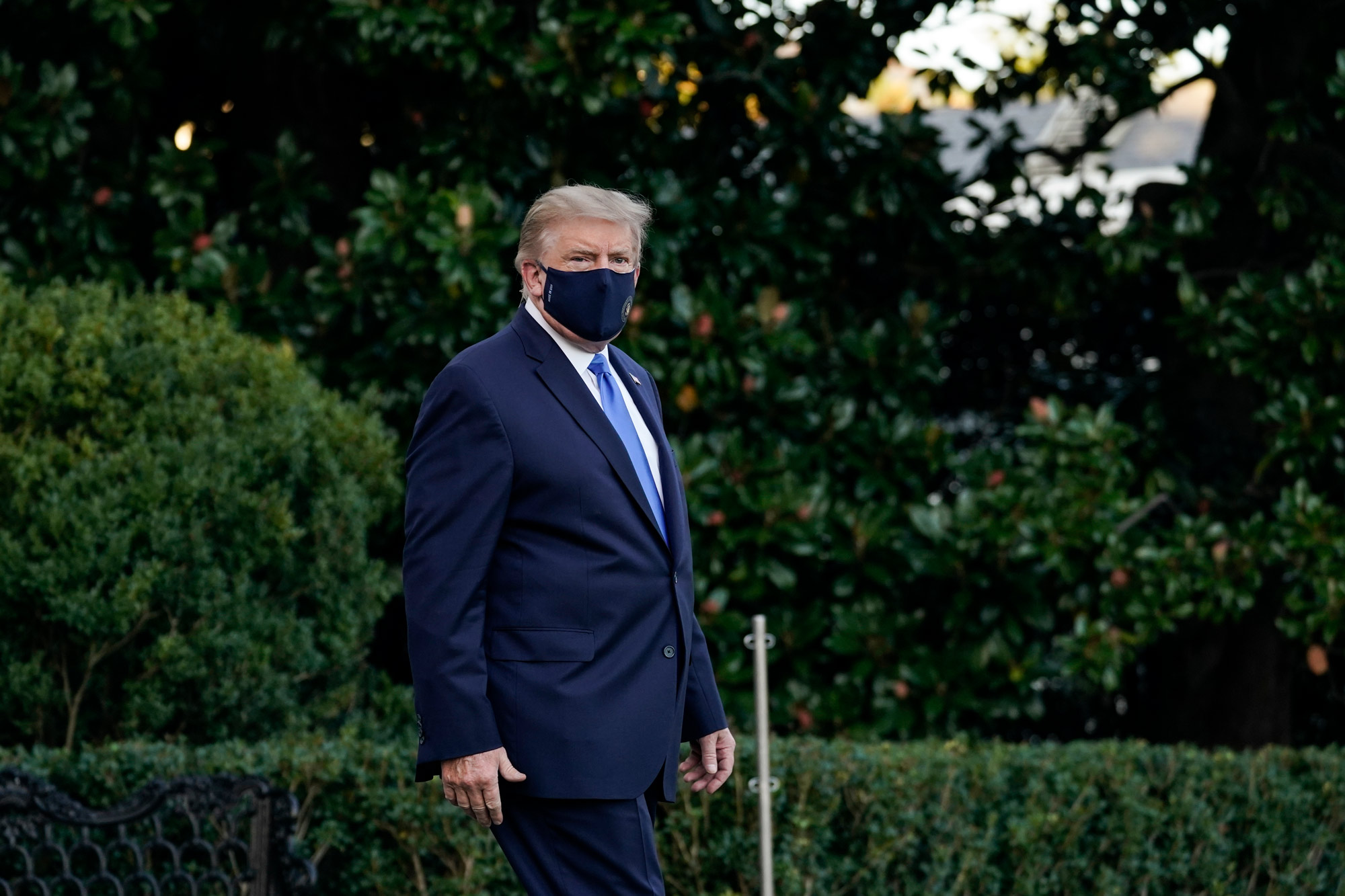 Following two briefings from President Trump’s doctors over the weekend, more details about the course of his Covid-19 illness are emerging — but some questions still remain.

Here’s a brief timeline of what we know so far:

Since announcing his illness on Twitter early Friday morning, the President’s has had frequent “ups and downs,” White House physician Dr. Sean Conley said during a briefing at Walter Reed National Military Medical Center on Sunday.

The President was given oxygen.

“And after about a minute on only two liters, his saturation levels were back over 95%. He stayed on that for about an hour maybe, and was off and gone,” Conley said.

Later that Friday, Conley added, the President was out of bed, moving around the White House residence and had only mild symptoms.

On Friday afternoon, Conley said in a White House letter that Trump received an antibody cocktail — an investigational treatment from the biotechnology company Regeneron — and had taken zinc, vitamin D, the heartburn drug famotidine, melatonin and a daily aspirin.

The President was transported to Walter Reed National Military Medical Center for monitoring.

The President has remained without fever since Friday morning, Dr. Sean Dooley, one of Trump’s physicians, said during Sunday’s briefing. Yet his oxygen level was transient again on Saturday.

The President had a second episode of his oxygen level dropping.

“Yesterday there was another episode where it dropped down to about 93%,” Conley said on Sunday. “We watched it and it returned back up.”

Trump’s physicians decided to give him the corticosteroid drug dexamethasone, which has been shown to help patients with Covid-19 and is typically given to patients on supplemental oxygen or ventilation.

As of Sunday around noon, Trump feels well, Dr. Brian Garibaldi, one of Trump’s physicians, said.

“He’s been up and around. Our plan for today is to have him to eat and drink, be up out of bed as much as possible to be mobile,” Girabaldi said. “And if he continues to look and feel as well as he does today our hope is that we can plan for discharge as early as tomorrow to the White House where he can continue his treatment course.”