The latest on Trump’s Covid diagnosis 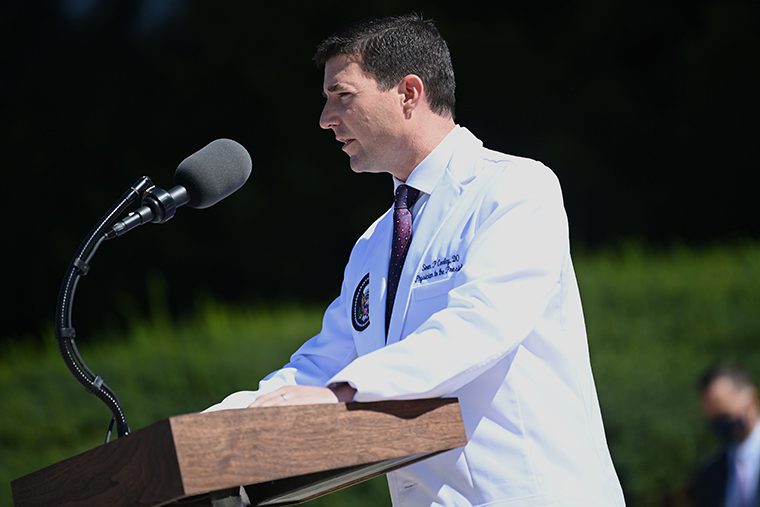 When asked about President Trump’s vitals, such as heart rate, blood pressure and temperature, his physician, Dr. Sean Conley, said Saturday, “So, his heart rate is in the 70s, the 80s. His blood pressure has remained where it’s, where it’s historically been during our physicals, you know, 110 to 120, systolic is great. It’s never budged. I’ve had no concerns there.”

Conley did not provide a details about Trump’s fever, saying during the briefing, “I’d rather not give any specific numbers but he, but he did have a fever, Thursday into Friday, and since Friday morning, he’s had none.”

Conley did not say whether Trump is on fever-reducing medication.

When asked why Trump was transferred to Walter Reed, Conley replied, “Because he’s the President of the United States.”

After the briefing, a source familiar with the President’s health told the White House pool reporters, “The President’s vitals over last 24 hours were very concerning and the next 48 hours will be critical in terms of his care. We are still not on a clear path to a full recovery.”