The Science Behind Mysterious Orange Skies In California – Forbes

One of my favorite albums is “Under A Blood Red Sky” by U2. This album kept coming to mind as I saw picture after picture of the skies in California this week. While not completely red, the reddish-orange hue of the sky was undeniable and eery. Many people compared the scenes to something from one of NASA’s Martian rovers. The western U.S. is experiencing an apocalyptic fire season fueled by heat, ample dry vegetation, and even lightning. According to UCLA weather expert Daniel Swain, well over 2 million acres have burned (and counting). So why were the skies orange? 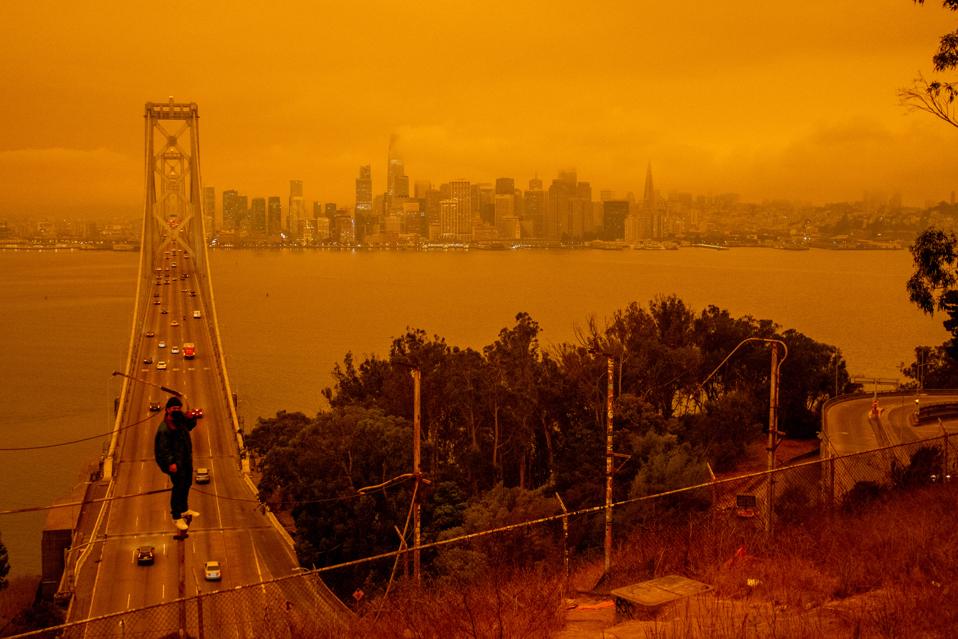 SAN FRANCISCO, CA – SEPTEMBER 9: Jose Castillo has his photo taken with the Bay Bridge and the San … [+] Francisco skyline in the background by his friend Laito Miyake, both of San Francisco, as smoky skies from the northern California wildfires casts an orange and yellow color in San Francisco, Calif., on Wednesday, Sept. 9, 2020. (Photo by Ray Chavez/MediaNews Group/The Mercury News via Getty Images)

You may be tempted to conclude that it is just the color represented by all of the burning fires, but it is far more complex. We have to talk about smoke, aerosols, scattering and something called the marine layer to properly explain what is happening. I will start with the marine layer, which according to the National Weather Service “represents a difference between a cool, moist air mass and a warmer air mass.” The marine layer can linger for weeks along the west coast of continents. It can also act as a low level barrier because of the atmospheric stability of this meteorological feature. The marine layer, as seen below, is a relatively shallow feature in the atmosphere that creeps in from the ocean.

Most of the fires are inland but the prevailing wind flow is blowing smoke towards the Bay Area (see below). Smoke, a type of aerosol particle, moves up and over the marine layer and if the winds are weaker in an area, it literally may sit on top of this stable, moist air marine layer that drifted in from the Pacific Ocean. This tendency also explains why many residents at the surface do not actually smell smoke. It is on the top of the air mass. However, if the marine layer deteriorates, the ash can settle to the surface and cause air quality to significantly degrade. 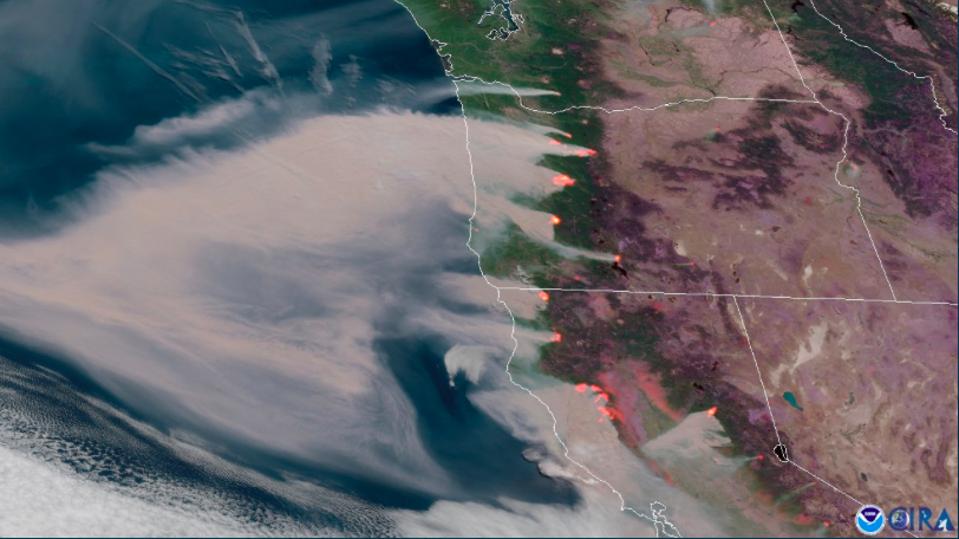 Fires and smoke in the western U.S.

Ok, that was a great explanation, but why the orange color? The answer lies in how different sized particles scatter light. The sky is typically blue because of something called Rayleigh scattering. Molecules in the atmosphere more effectively scatter the shorter wavelength “blue” in all directions so that is what we see. Relatively larger smoke particles scatter even more of the color spectrum including violet, blue, and green but not as uniformly. Guess what this leaves for the eyes to see? You guessed it, orange and red. Sunsets are reddish – orange for similar reasons. Light has to pass through much more of the atmosphere (more scattering) when the sun is low on the horizon. The scattering by larger particles gets into the realm of Mie scattering. For more info on Rayleigh, Mie, and other scattering properties, this link here is useful.

I hope this quick primer was useful. Stay safe. 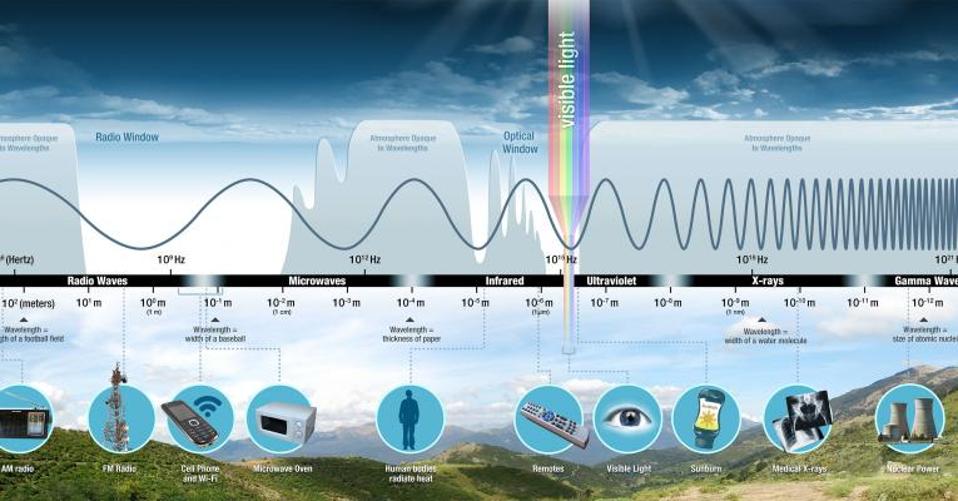 The electromagnetic spectrum and scattering explain the mysterious orange skies during the … [+] wildfires.